Fashionable women’s trouser suits traditionally take pride of place in the list of seasonal trends. Suits for the office and parties, for walking around the city and for the vacation promenade – in the new collections you will find models for all occasions.

Instead of a shirt or blouse in the new season, designers recommend wearing a bra under a jacket. Office trouser suits for women in a buttoned state still look strict and formal, but after work, you can simply unfasten the buttons – and down with the dresscode! You are ready to go to a party or club. Such options are offered by Alberta Ferretti, MSGM, Drome. 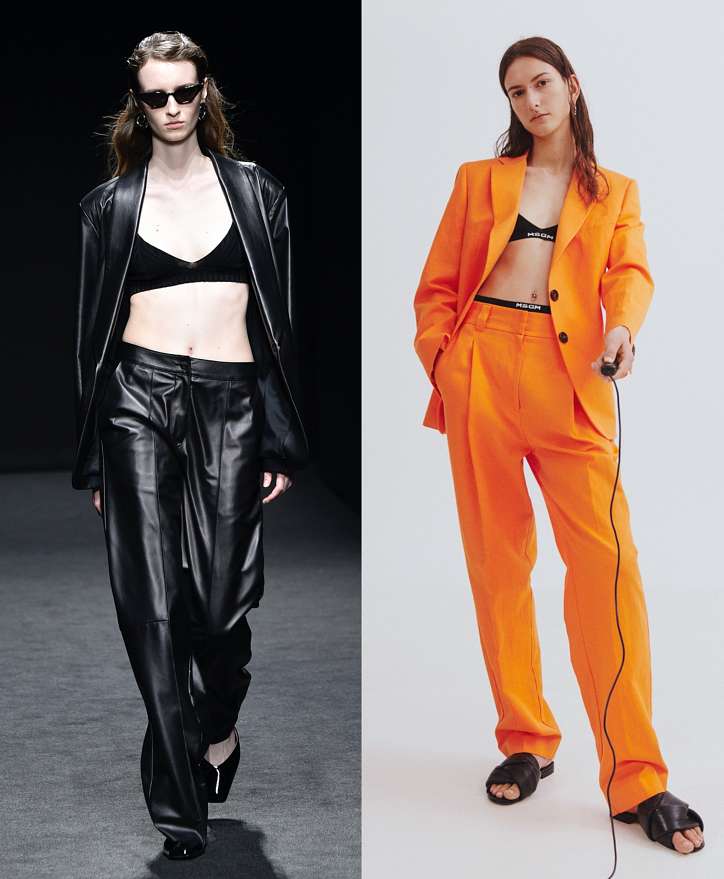 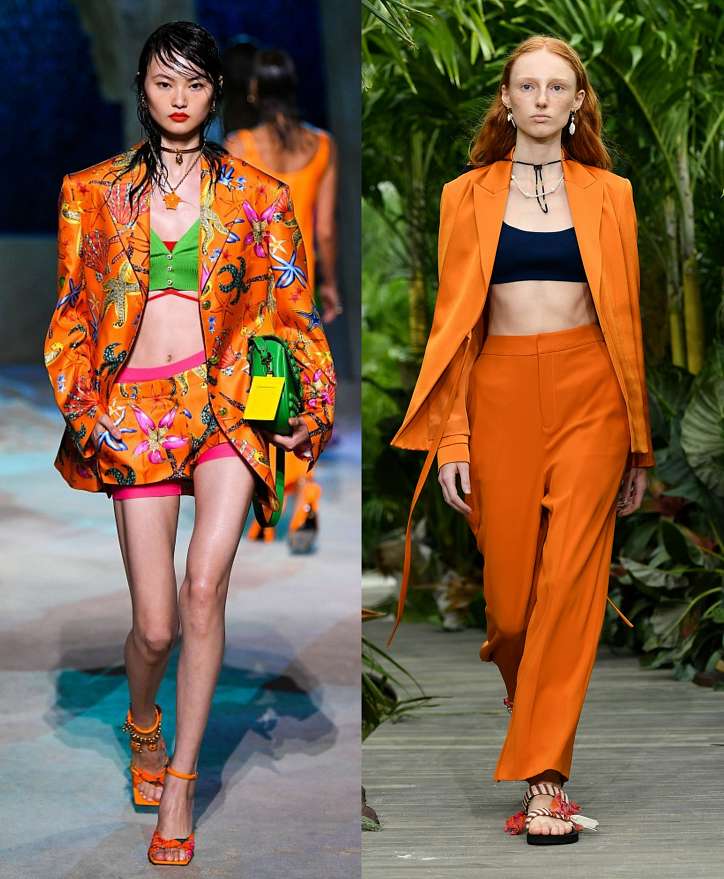 Bright and neon shades are not quite the usual color scheme for women’s pantsuits. But there will be a lot of them in the new collections. Balmain, Elie Saab and Jason Wu offer to meet spring and summer in a bright suit. 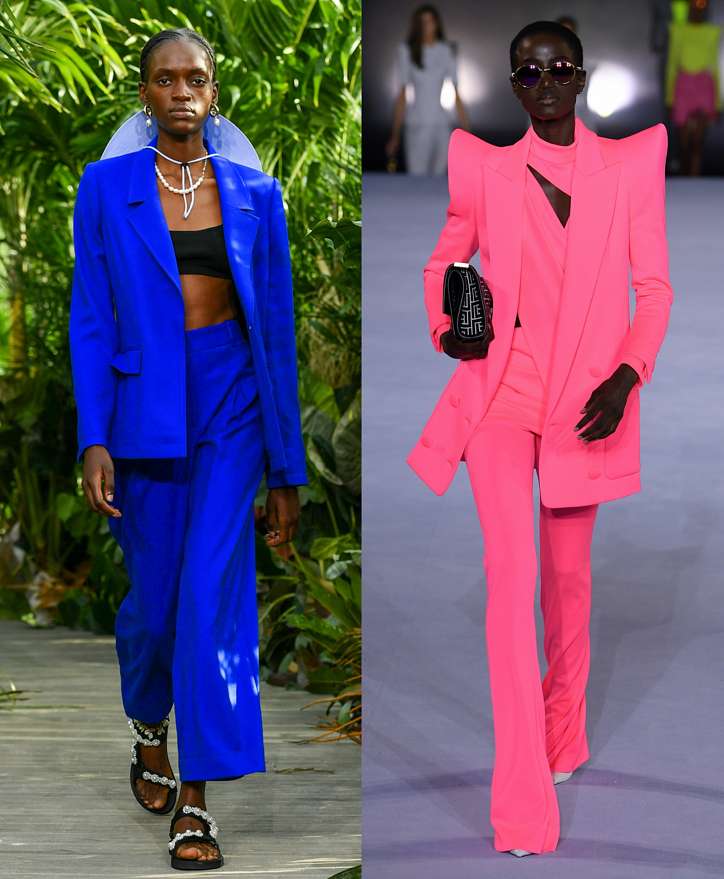 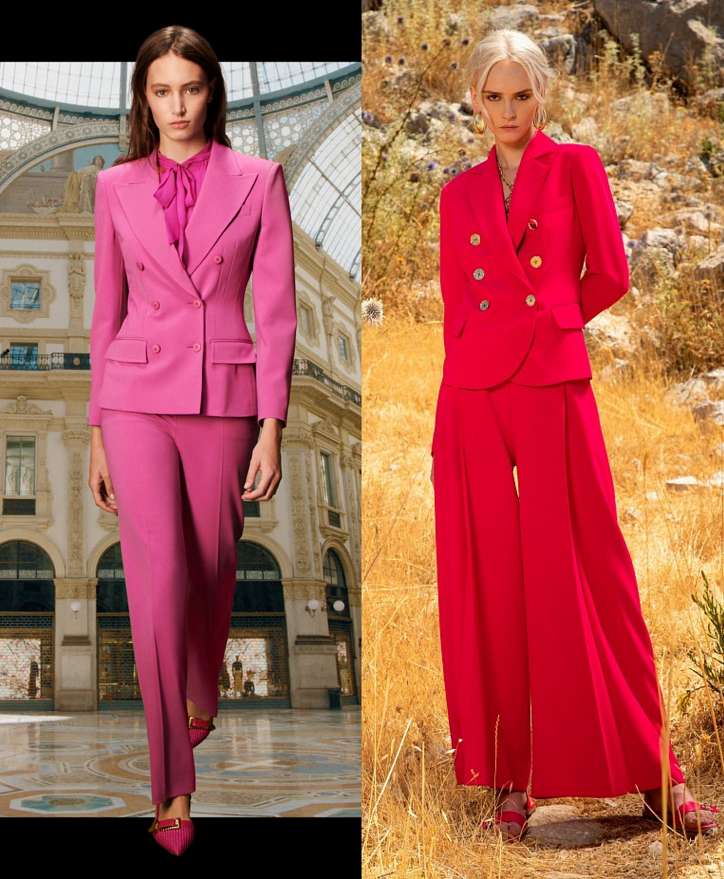 Evening trouser suits, completely embroidered with sequins, were offered to fashionistas by the brands Chanel, Naeem Khan, Louis Vuitton. They look amazingly impressive and will be a worthy alternative to an evening dress. 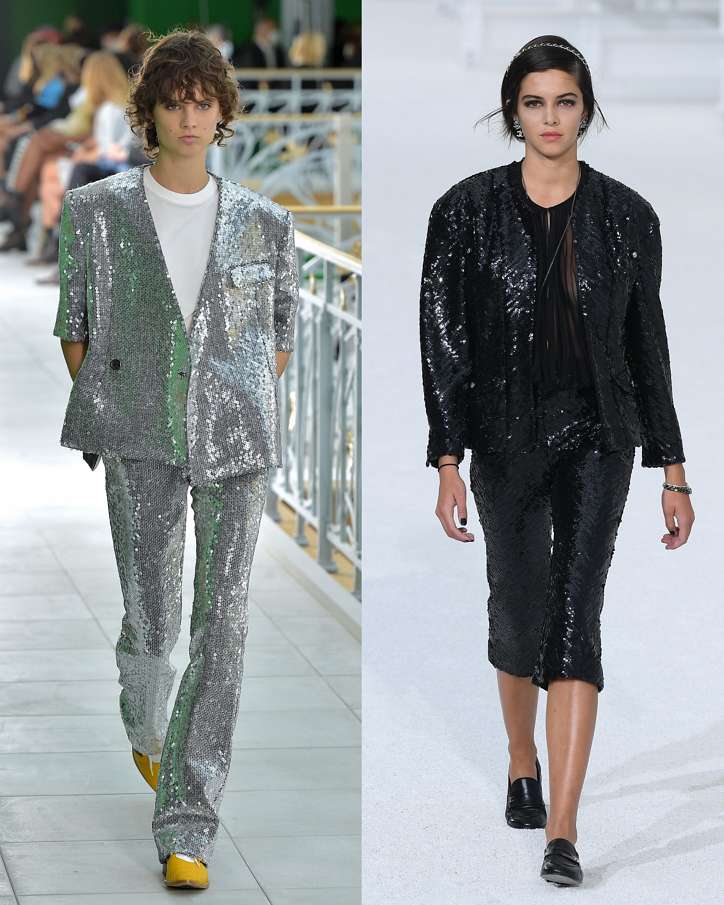 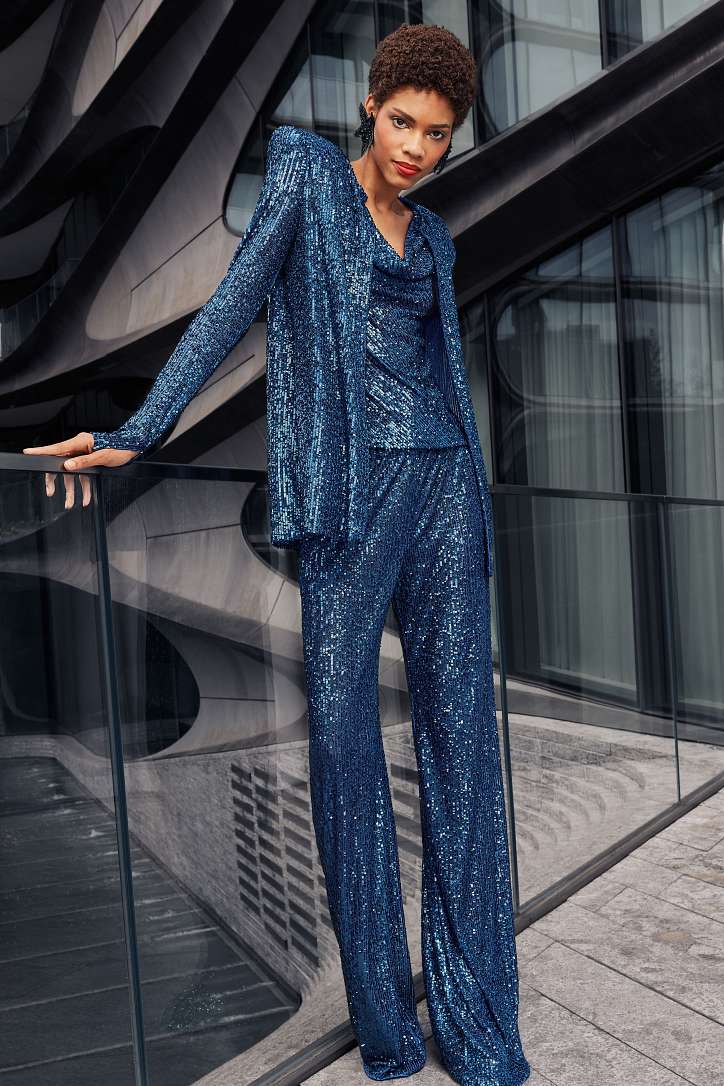 A shiny and iridescent sequin suit is, of course, very beautiful and will certainly attract everyone’s attention. But such an extravagant option is not always appropriate, and not everyone dares to put on such brilliant clothes. But elegant well-dressed twos from Giorgio Armani, Balmain and Max Mara are suitable for theater, restaurant, presentation, and indeed for any event. 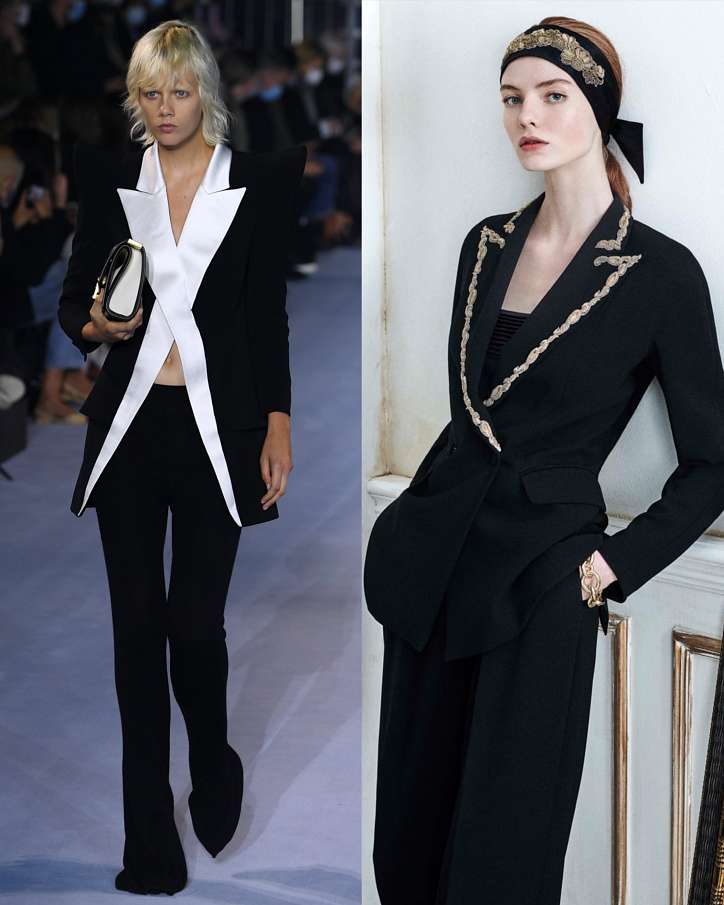 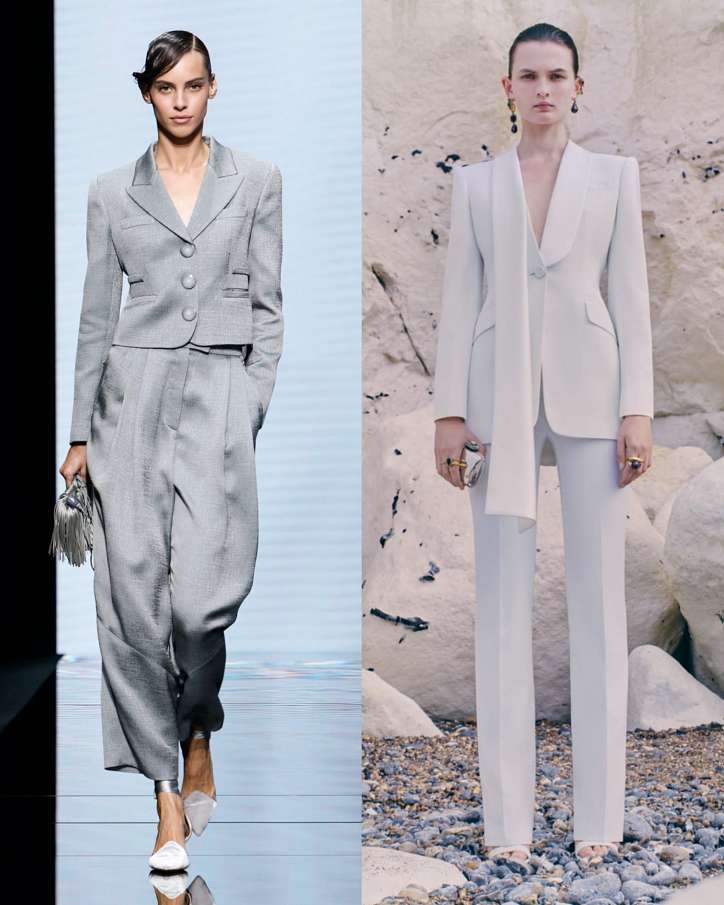 The relaxed style suits, according to the designers, symbolize freedom and gender neutrality. So we meet – wide trousers and loose-fitting jackets as a symbol of new thinking – in the collections of Sportmax, Max Mara, Eudon Choi. 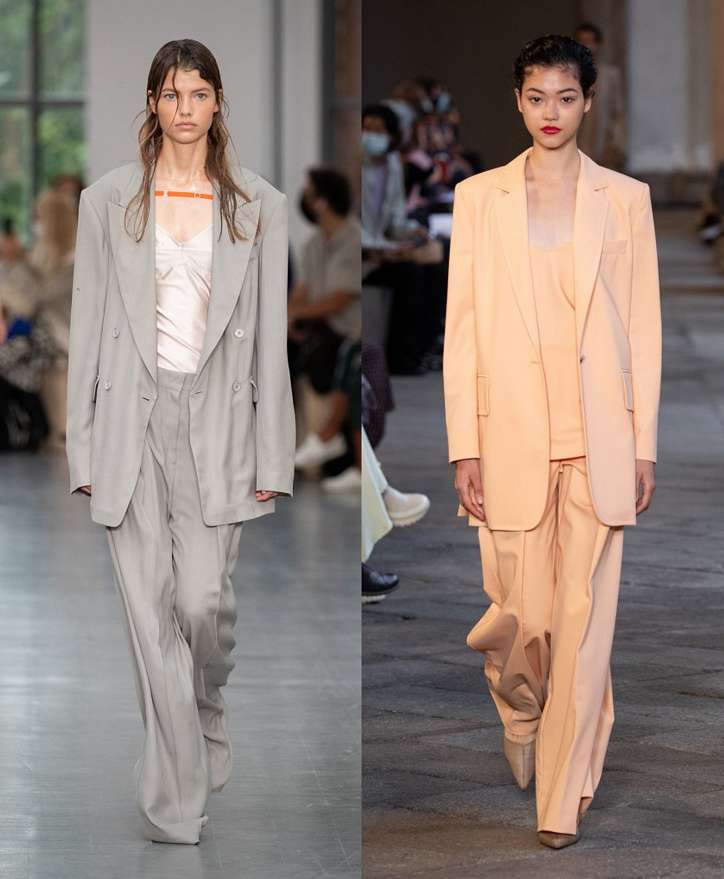 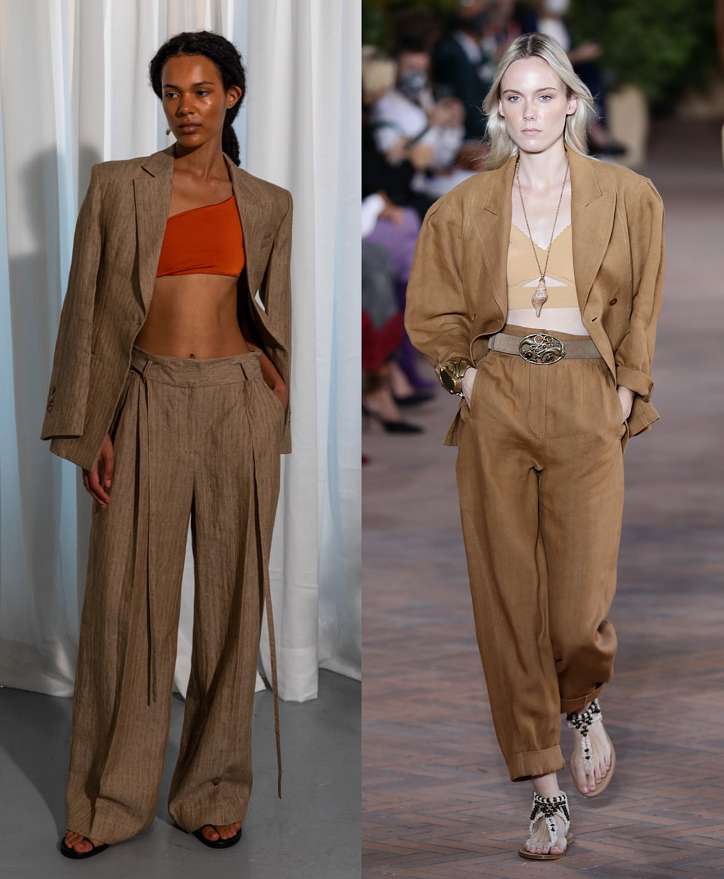 Stylish trouser suits with original details are offered in the new collections of Balmain, Givenchy and Alexander McQueen. The designers paid special attention to the sleeves: the sharp protruding shoulders, the sleeve “not sewn” to the shoulder, the cape and draped inserts on the chest look more than unusual. 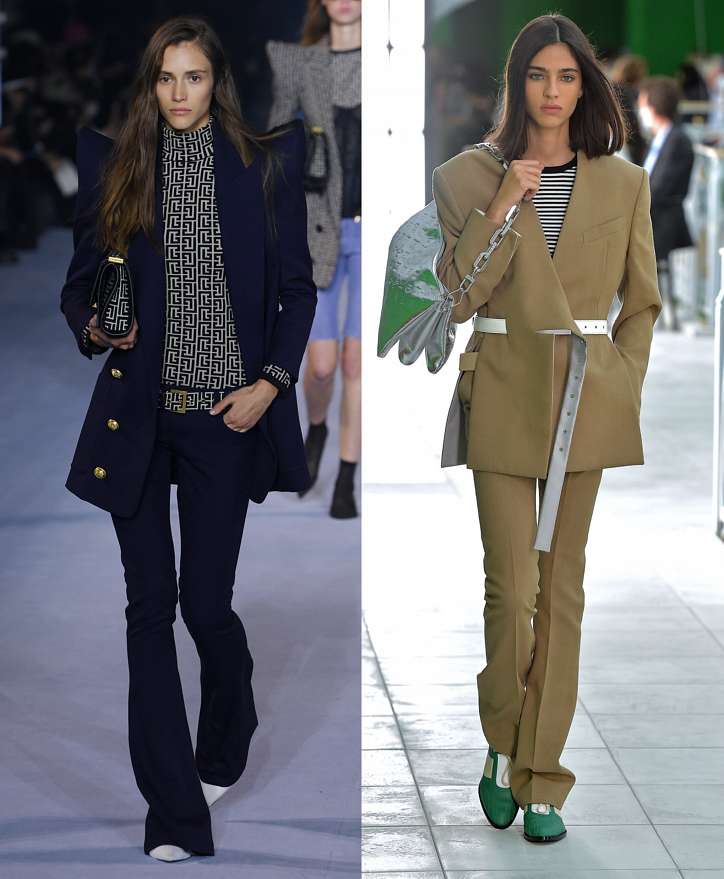 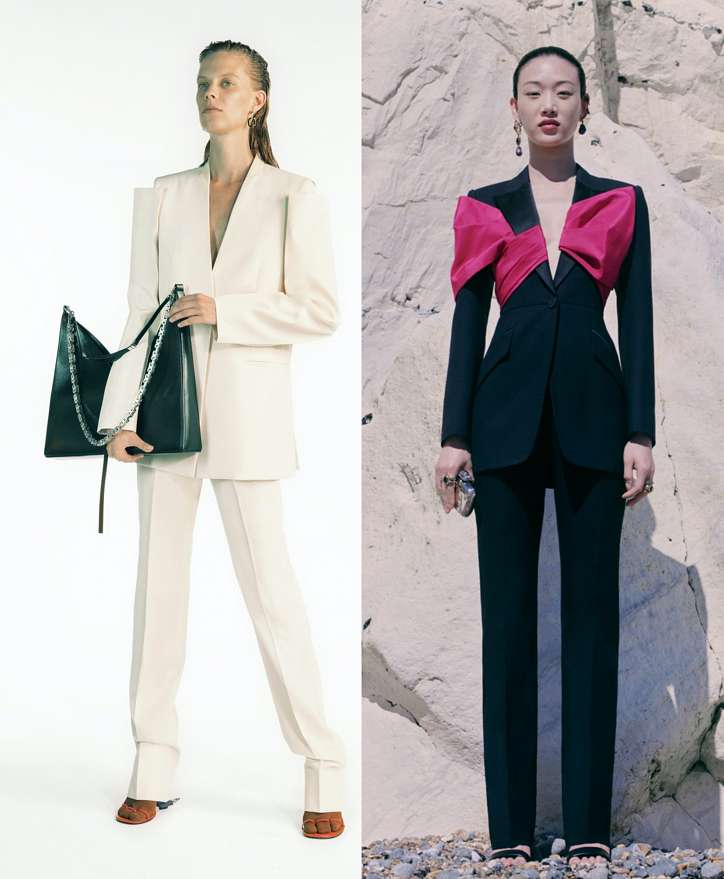 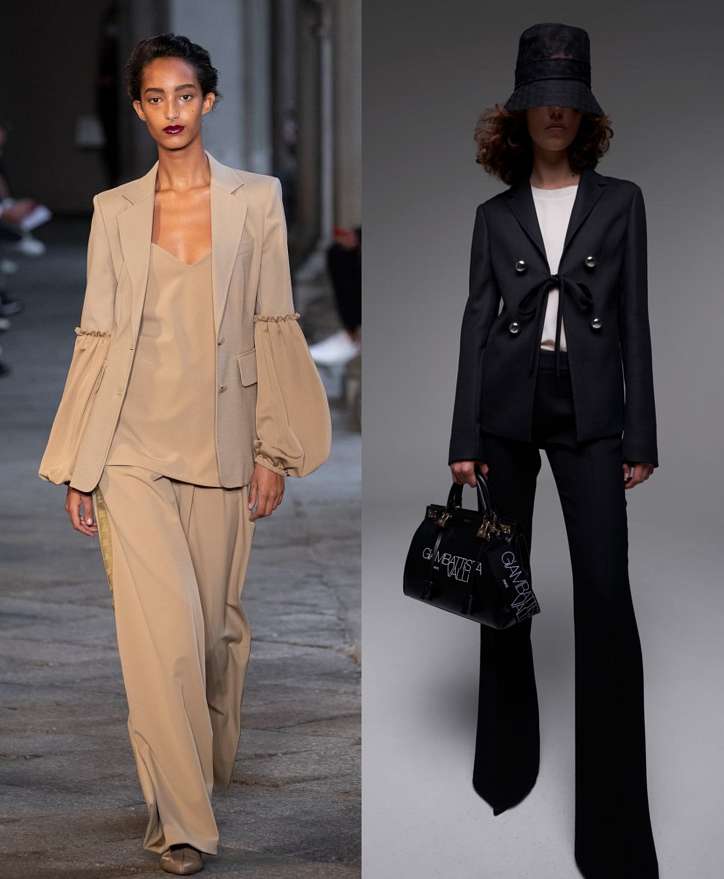 Trousers 7/8 length, breeches, capri pants, bermuda shorts and even mini-shorts – if designers have taken up scissors, the lower part of a trouser suit in the new season can be absolutely any. Michael Kors, Maryling and Chanel offer to forget about traditional trousers in spring and summer. 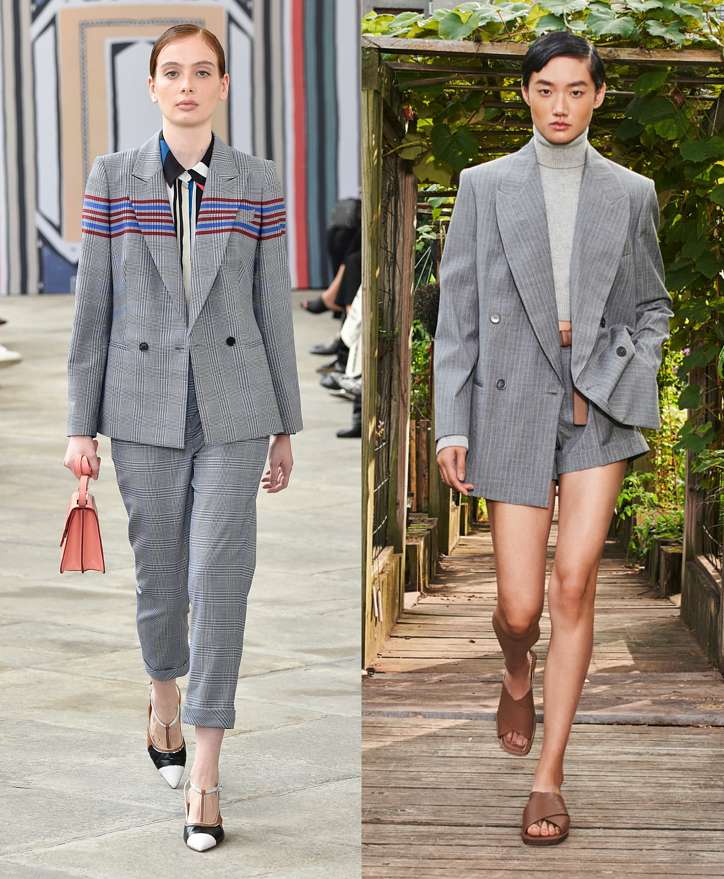 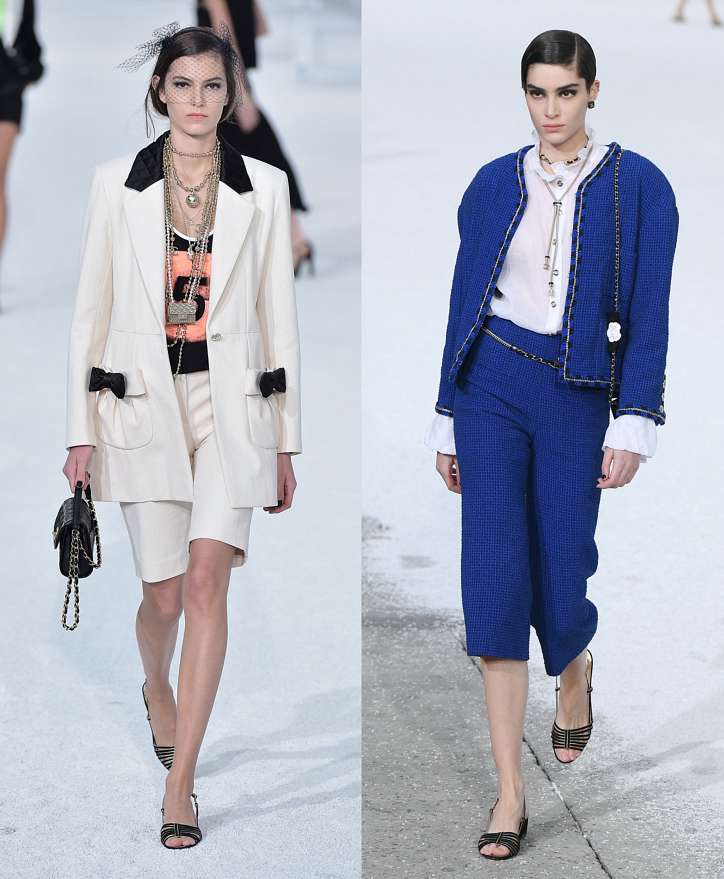 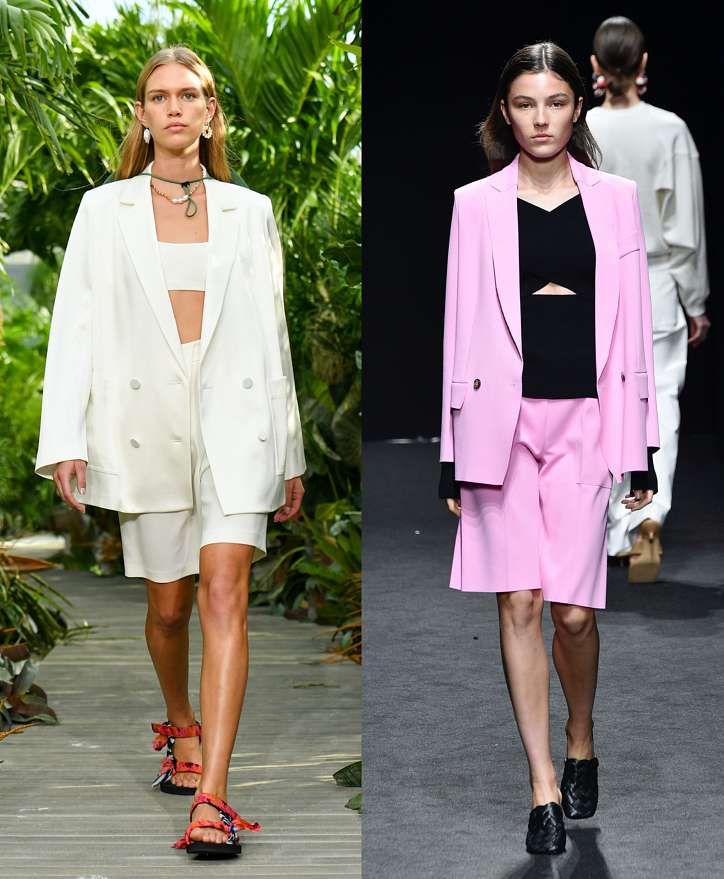 Prints add originality to the costume. In the spring of 2021, all kinds of cells, graphics, photo prints and abstraction will be in trend – such models were shown by Giorgio Armani, Versace and Christian Siriano. But Dolce & Gabbana suggest not to stop at any one print, and try to mix them with a patchwork. 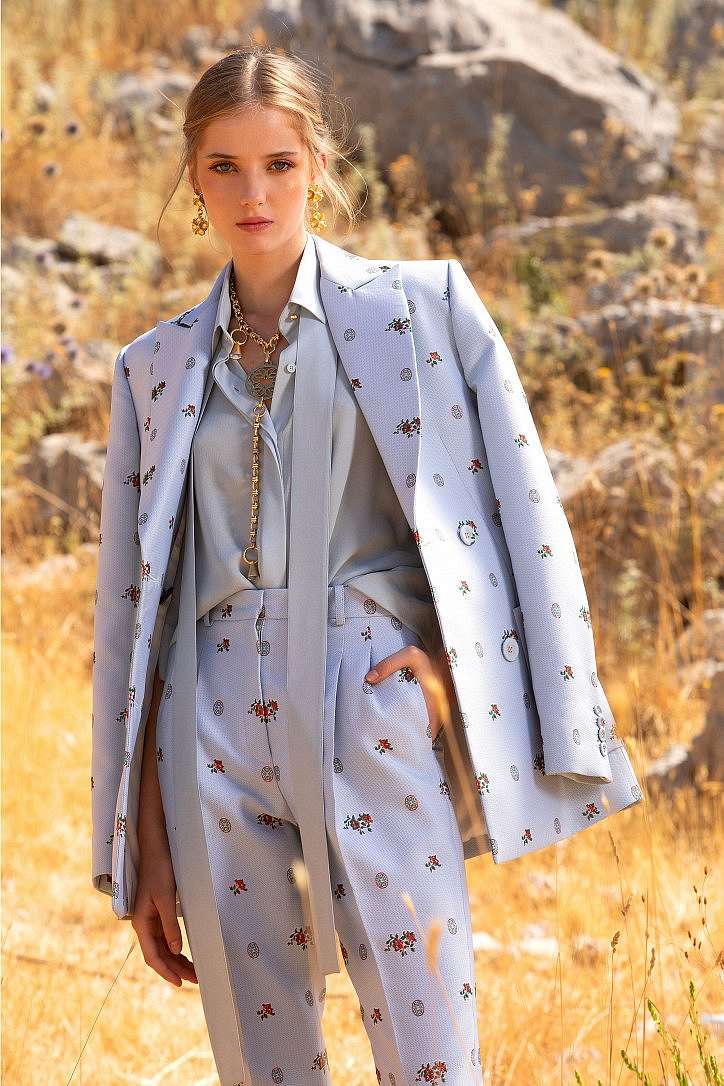 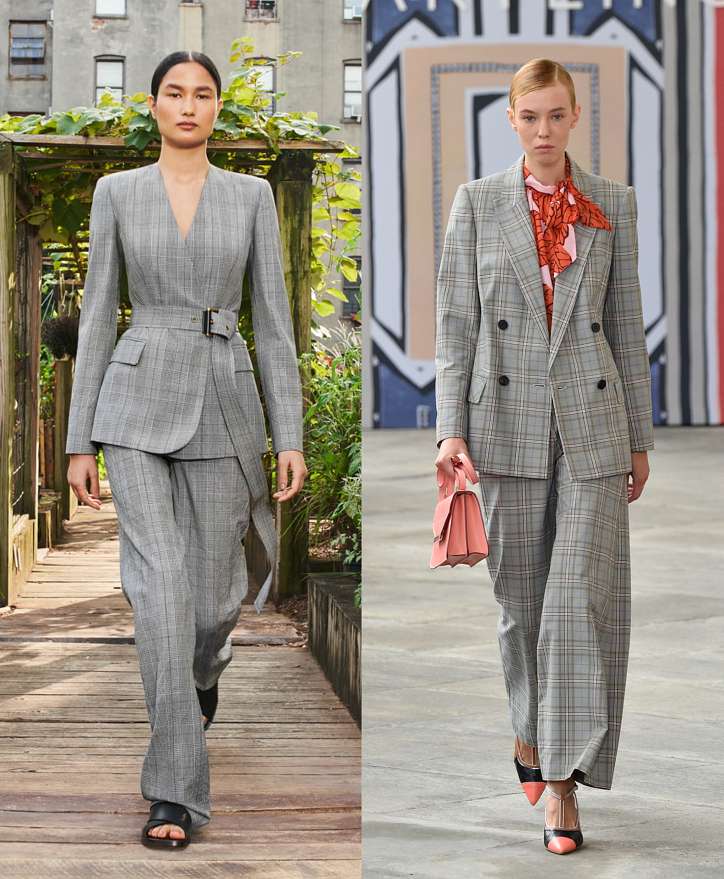 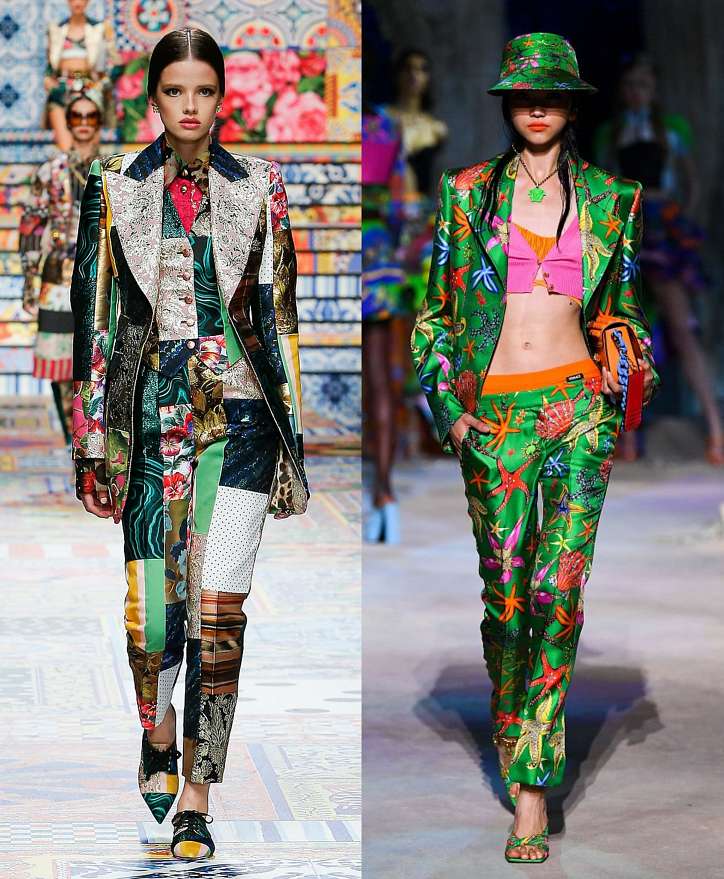 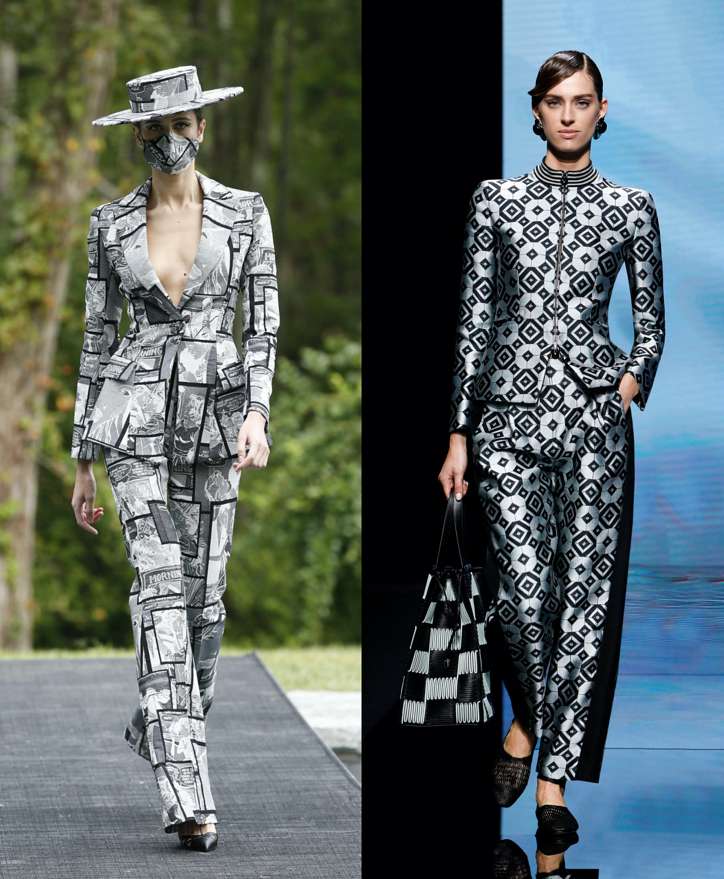 The three-piece suit will remain on the list of fashion trends from last season. Max Mara presented loose-fitting suits, consisting of trousers, a jacket and an elongated top, Balmain “three” pieces made you wonder what was under the jacket? And Dolce & Gabbana (like many other designers) presented summer threesomes with bra top and short shorts. 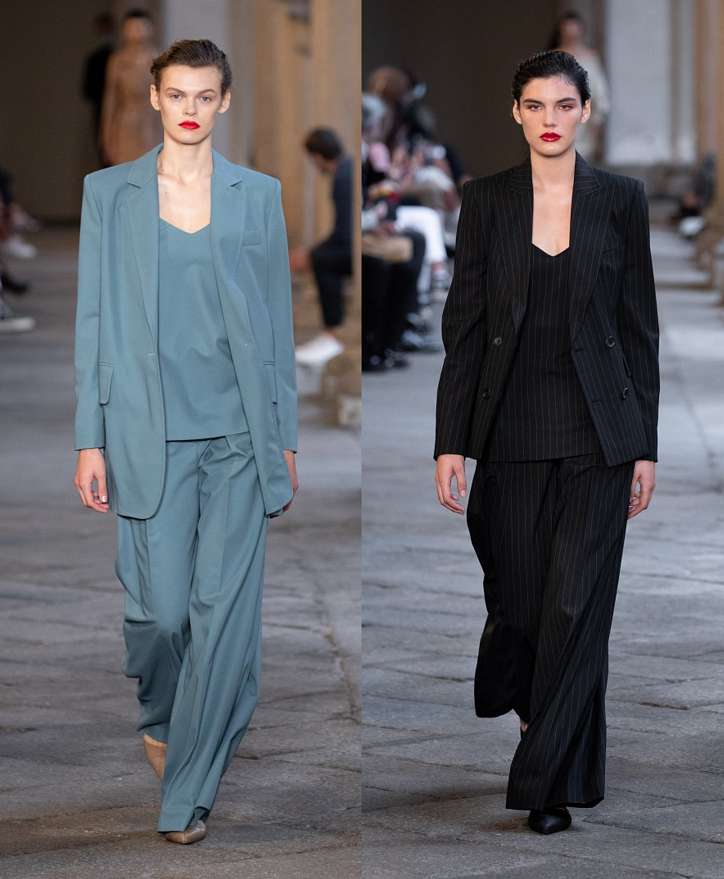 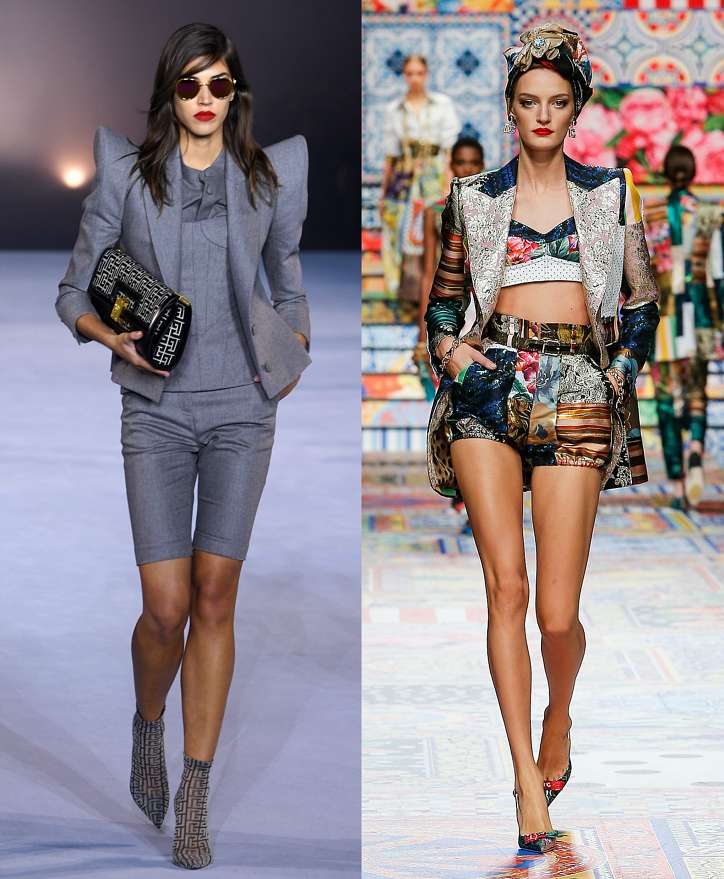 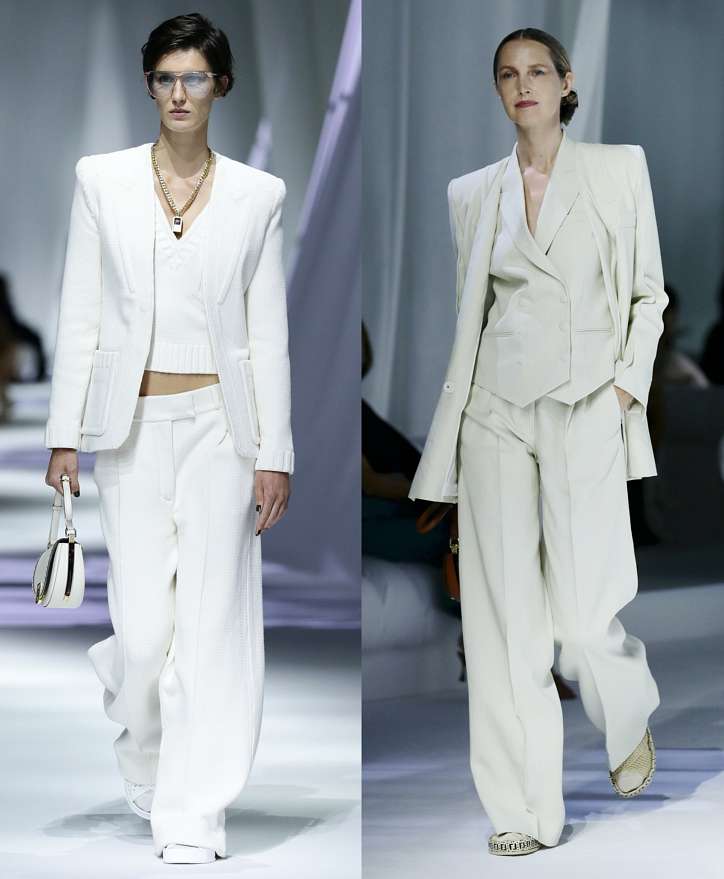