Health : Amsterdam restaurant where we respect distancing and others 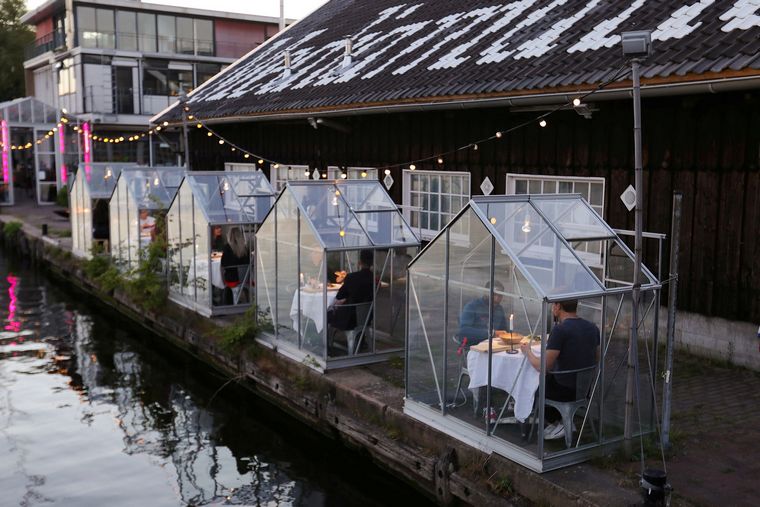 Amsterdam restaurant: in this city where during the coronavirus, the Dutch were not afraid of infection, greenhouses were installed to ensure social distancing. Their idea is magnificent and may influence restaurateurs all over Europe.

Amsterdam restaurant: greenhouse houses to allow those who settle there to respect distancing

As European countries have to overcome the blockages caused by the coronavirus pandemic, restaurants are beginning to experiment with new ways to safely eat again. A restaurant in Amsterdam called Mediamatic found an innovative and adorable solution. 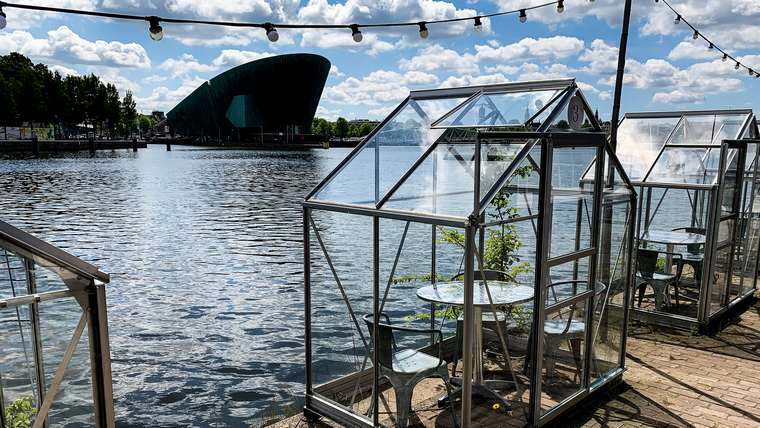 This guarantees the application of the rules of social distancing. The restaurant has installed small green houses along the Oosterdok river which allow an intimate dinner for two. Privacy and security for couples who have decided to go out to settle along the river. To sit on the terrace is also to relive as before while respecting security measures and the reality that the coronavirus is not entirely gone. 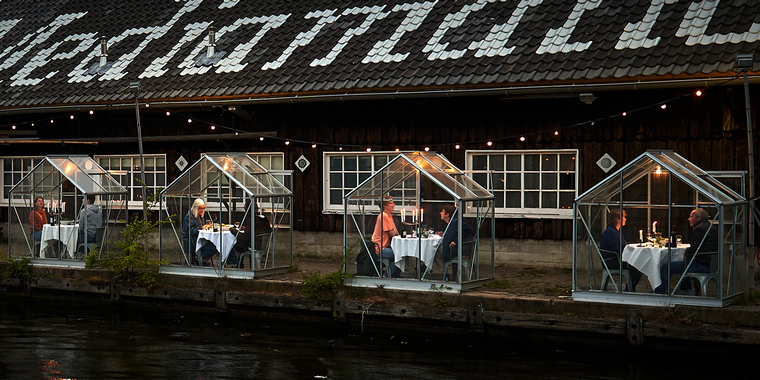 In restaurants and bars, a separate room is traditionally called in French “separate room”, comments the post on the web page of Mediamatic. “It suggests a kind of intimacy sexy. Here things can happen that should remain hidden and not heard by everyone. We also decided to name our greenhouses in French. Even if what’s going on inside, everything will be much more in public … “. 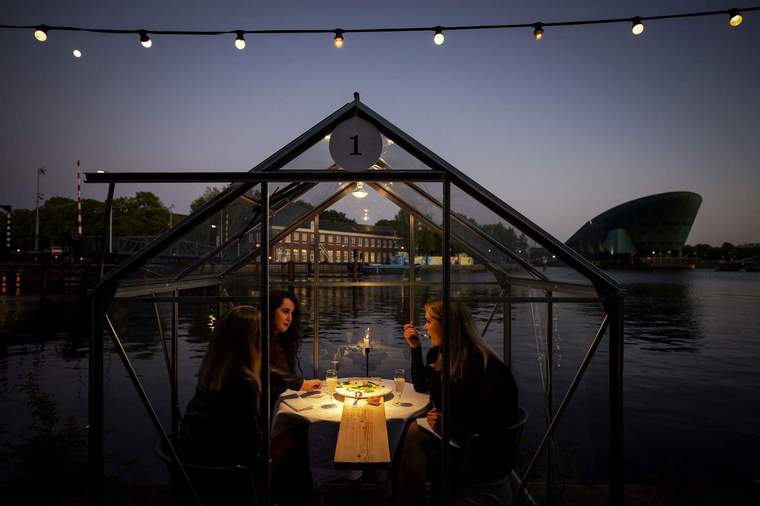 The so-called separate greenhouses – separate rooms in French – are transparent structures that provide a safe and intimate dinner by the water’s edge. The restaurant is currently testing the idea because Dutch restaurants may reopen on June 1. This plan will take into account both the customers and the people who work there. 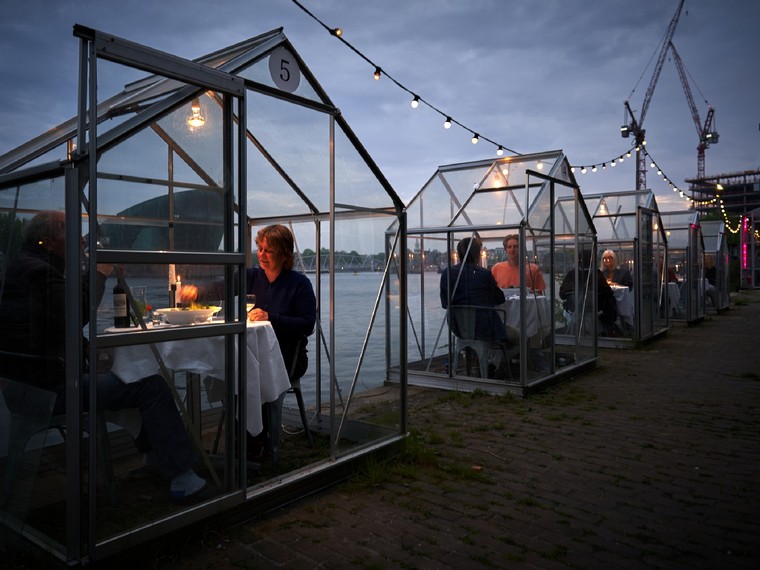 What is a safe public place to call during the coronavirus epidemic? Staff, for example, will wear personal protective equipment all the time. Food will be served on wooden boards, guaranteeing the distance of 1.5 meters. The restaurant hopes to open in June and will start taking reservations the last week of May. 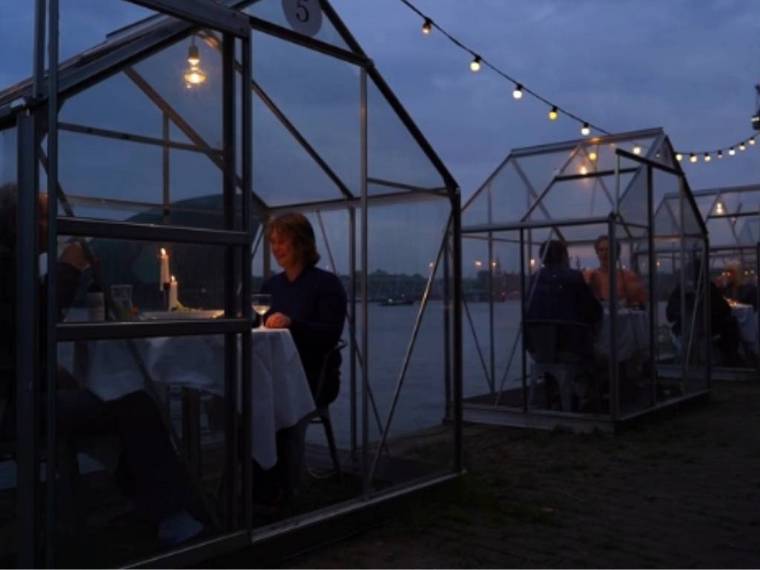 Safe sharing of food and unforgettable moments in public

“We want people to always feel safe to eat together and have a meal,” Giulia Soldati, head of Mediamatic ETEN told BBC news. “All the spaces are separate but people can still share the space and share the food together. We will always be outside so it will be safe. we’re going to wear gloves and a protective mask. ” 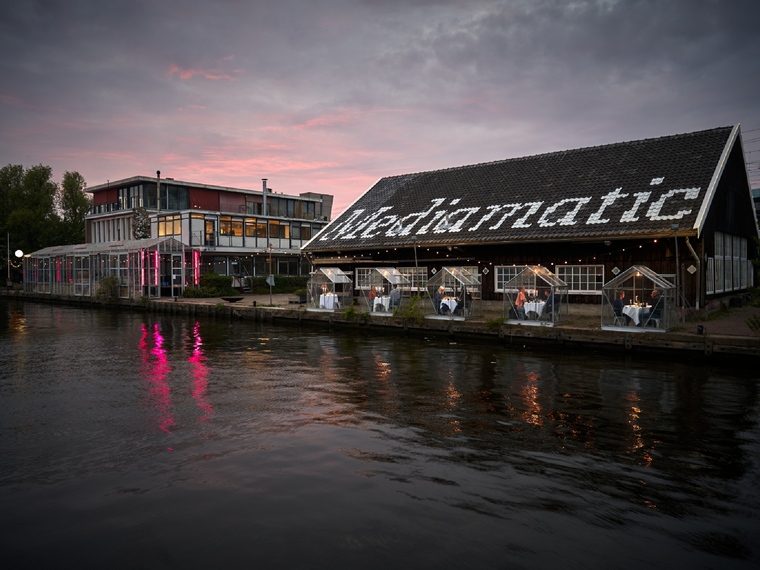 What safety measures did the Dutch take during the coronavirus epidemic?

The Netherlands has tried to adopt “intelligent containment”. However, the infection quickly spread and has one of the highest pandemic mortality rates in the world. This is exactly why Dutch containment was ultimately seen as a high-risk strategy. The Dutch have also been accused of not showing solidarity with the southern European countries hardest hit by the coronavirus. 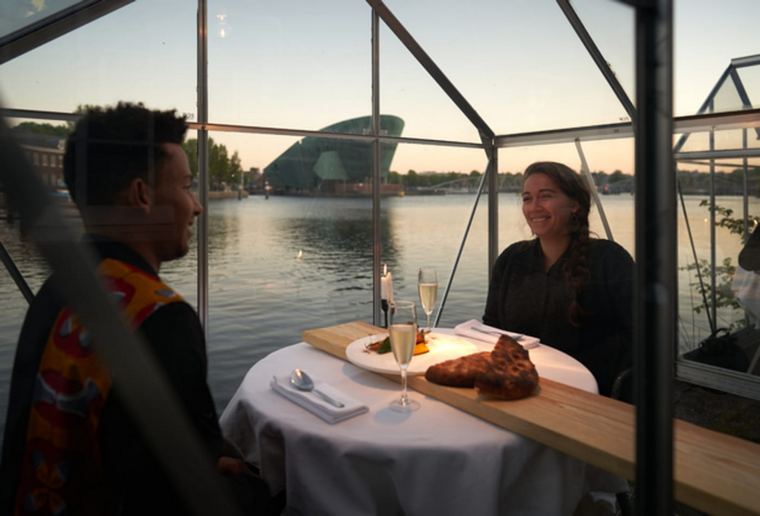 The Dutch were among the few who began to openly embrace the controversial idea of ​​group or herd immunity. It was an approach characterized by a Dutch global health expert as cold and calculated. After avoiding the stricter measures of neighboring states, the government pursued “intelligent” or “targeted” containment. 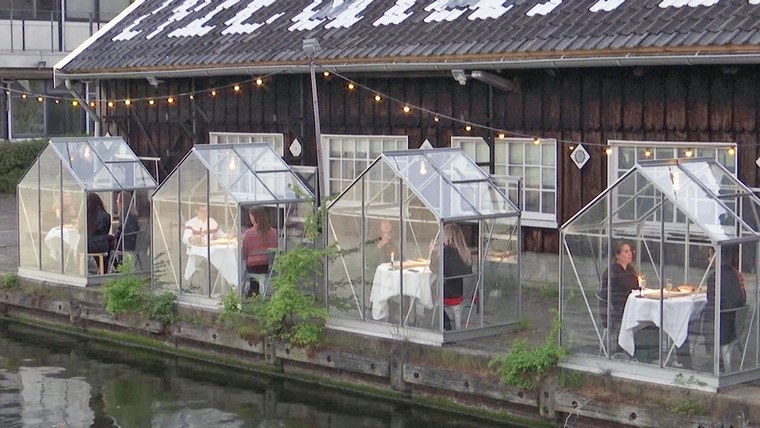 This strategy aimed to absorb the social, economic and psychological costs of social isolation and make the eventual return to normality more manageable. The Dutch just didn’t want to overreact and lock everyone up in their homes. There it was easier to separate the generations. Already the grandparents do not live with their children under the same roof. 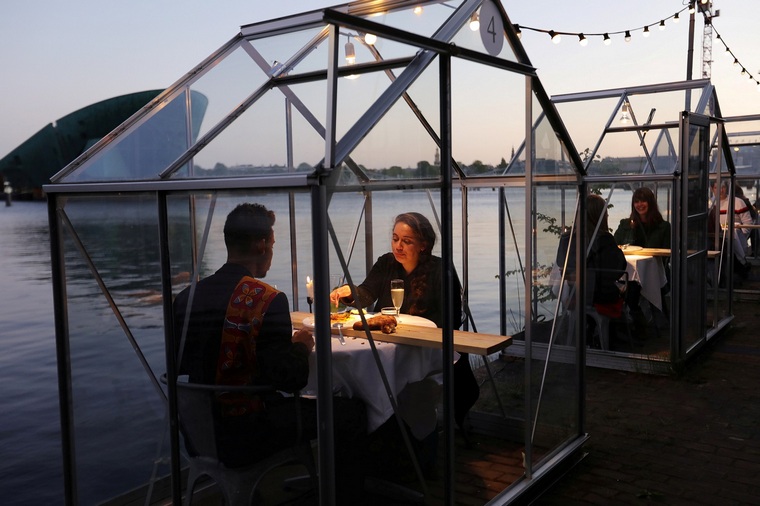 Strategy envisaged for deconfinement in moderation

Restaurants and bars will soon be open. However, it will not be possible to resume the life we ​​knew before. It will not be allowed to fill large or small restaurants to the point that they are crowded. It must be possible to distance ourselves. Either the premises will only be partially occupied. Either the restaurants will invite their customers otherwise. During and after the coronavirus, most workers who lost a lot, did or were able to show intelligence and creativity. 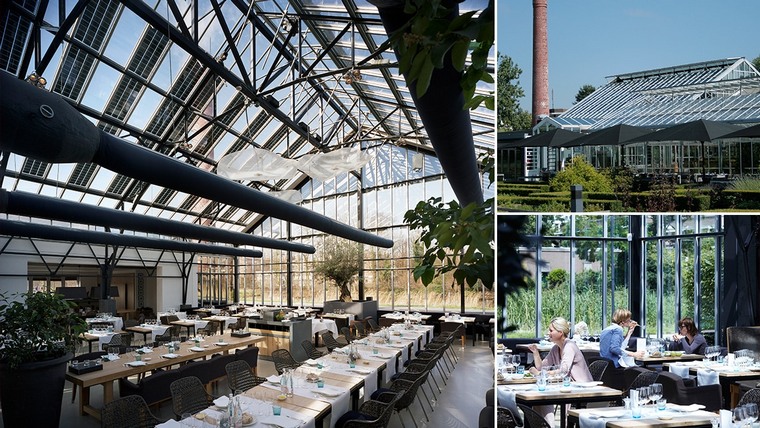 Instead of distancing inside restaurants, the Dutch have decided, where possible, to practice catering in separate greenhouses. They will have lunch or dinner indoors while staying outside. Lunch or dinner can only be for two or three, unless an entire family with two or three children comes to spend their time inside the little glass house. 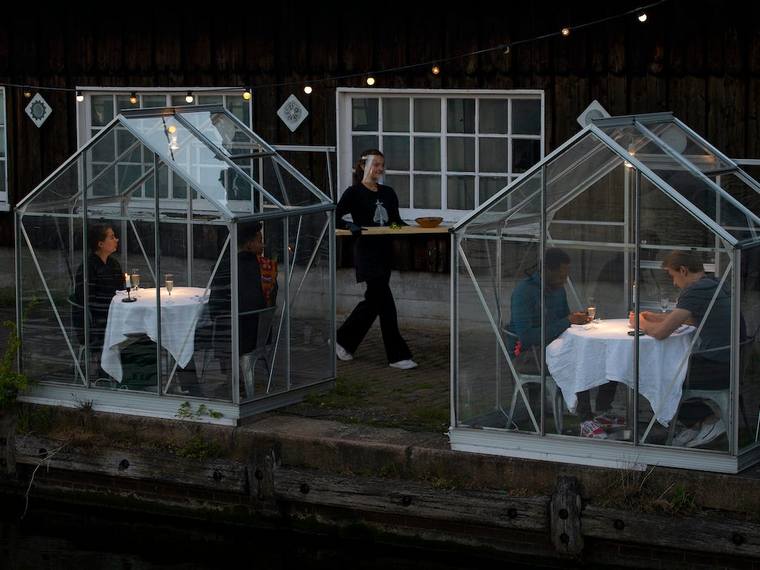 Design / Project up to living conditions in Holland

The climate and habits of the Dutch would allow the interesting design / project to go well. It is not very hot in Holland and shutting yourself up in a small glassworks to eat there will not be made impossible by a heat wave. Rains are not a rarity in the Netherlands. So during these weather conditions, the glass houses will be the hiding place or shelter par excellence for those who want to spend pleasant time outside. 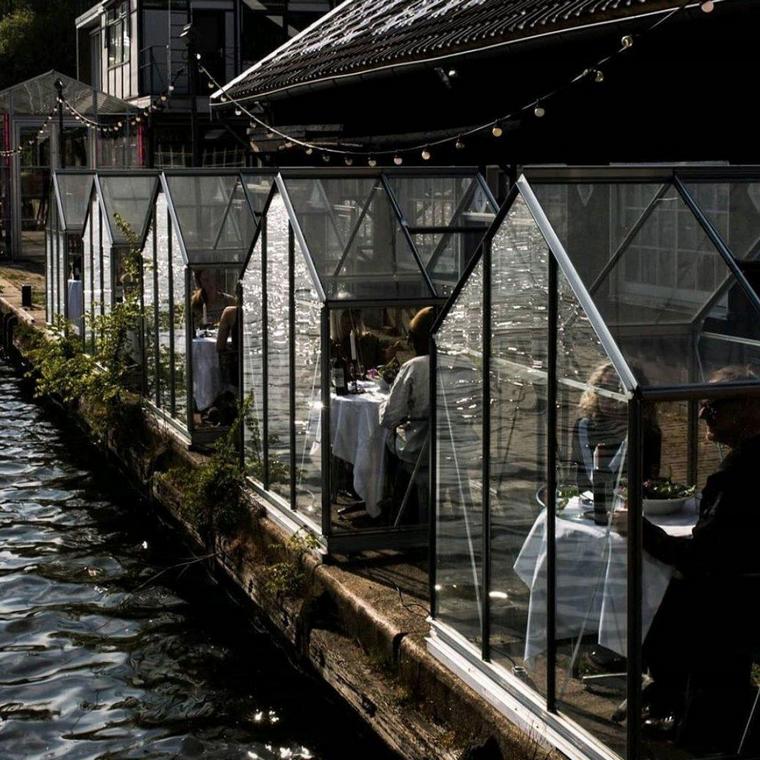 Creativity always helps practicality. Rarely is the practical and ingenious romantic. However, this project is practical but does not prevent romanticism. On the contrary, the small glass houses not only offer security but invite romance. 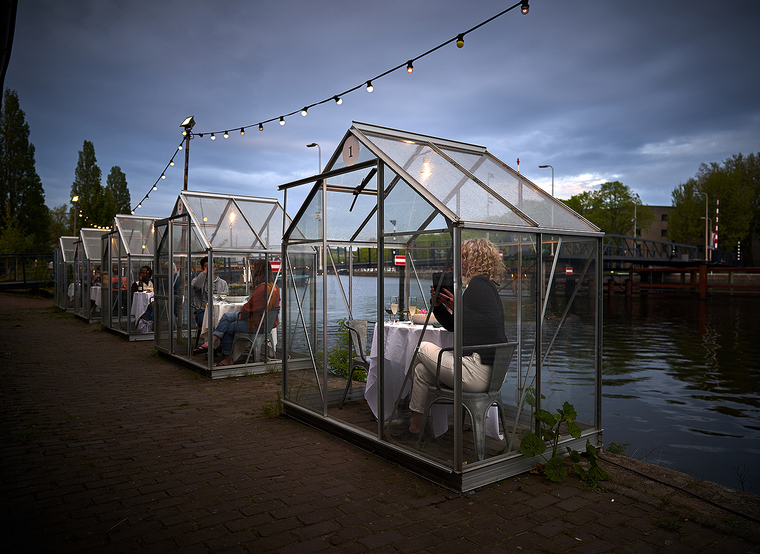 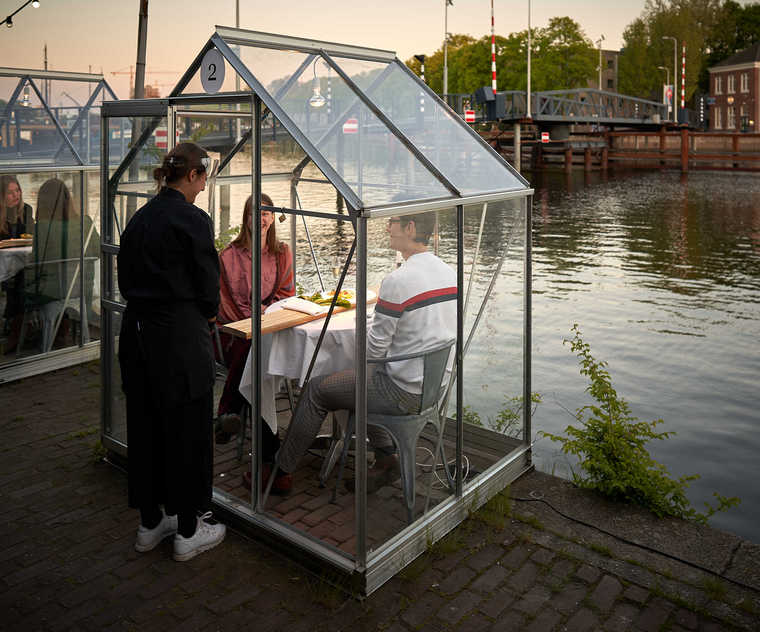 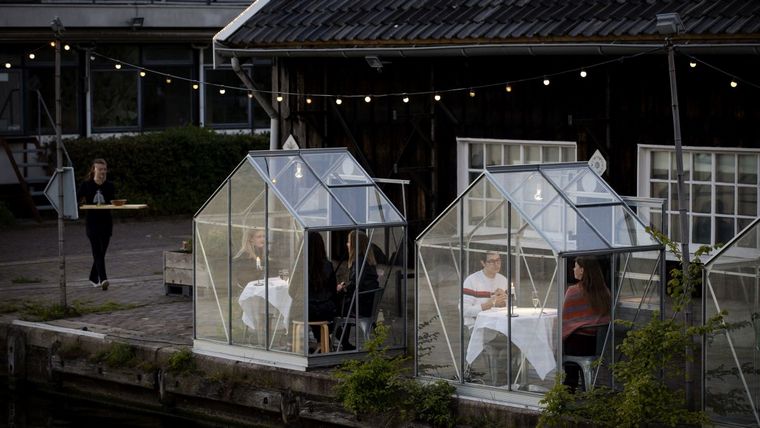 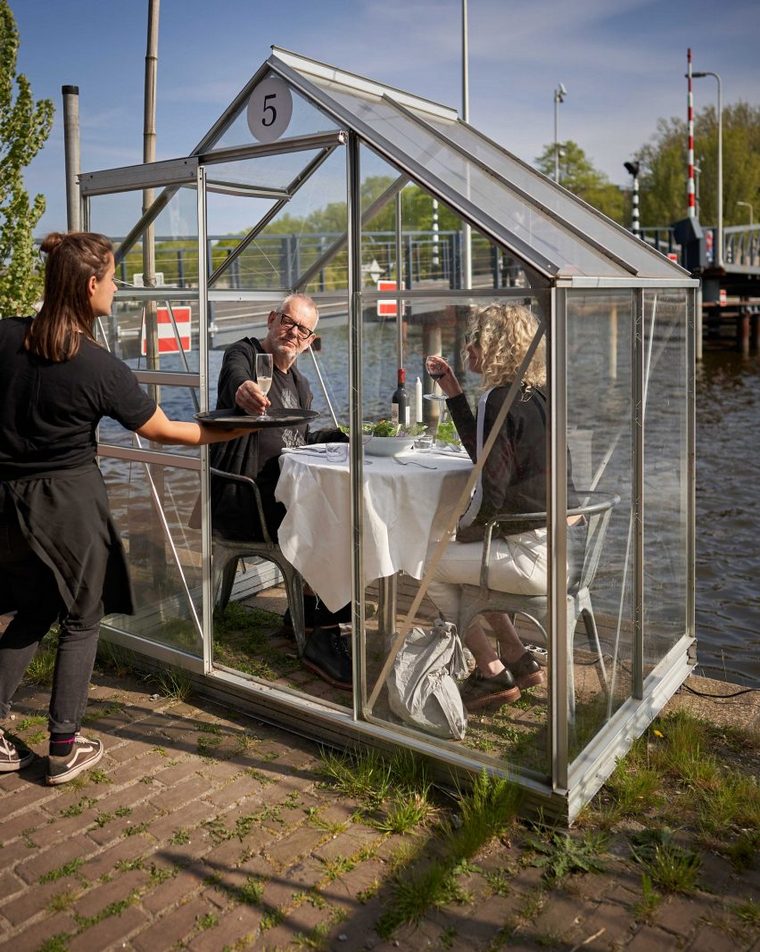 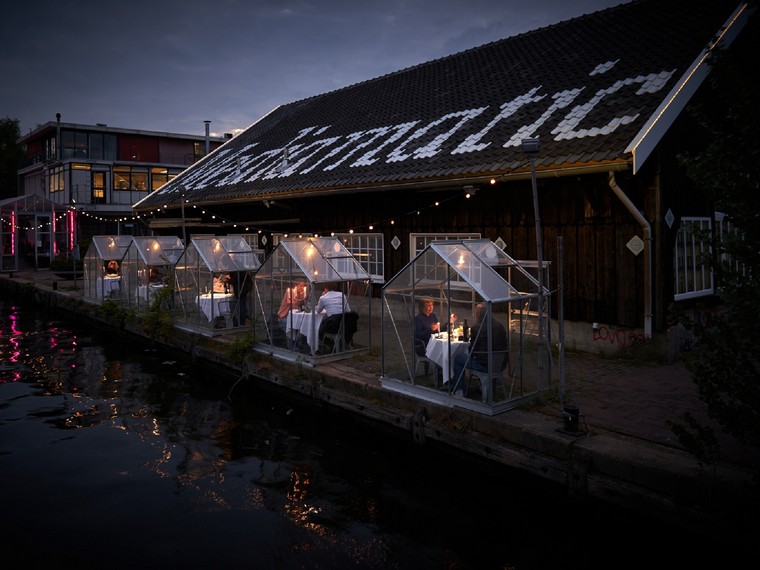 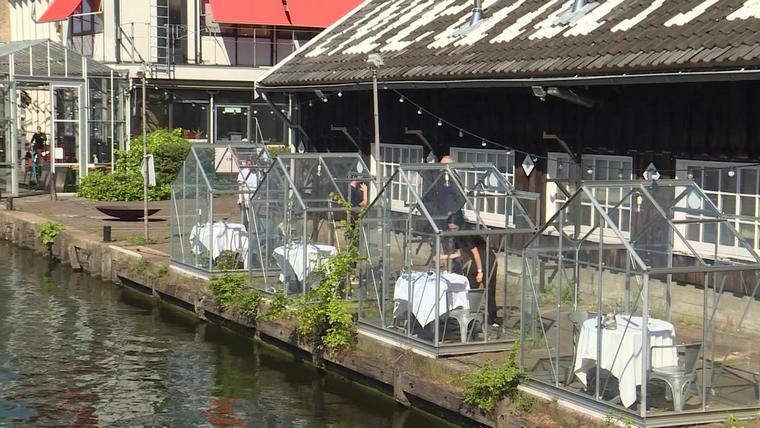