Health : How to boost your metabolism: the best natural ways 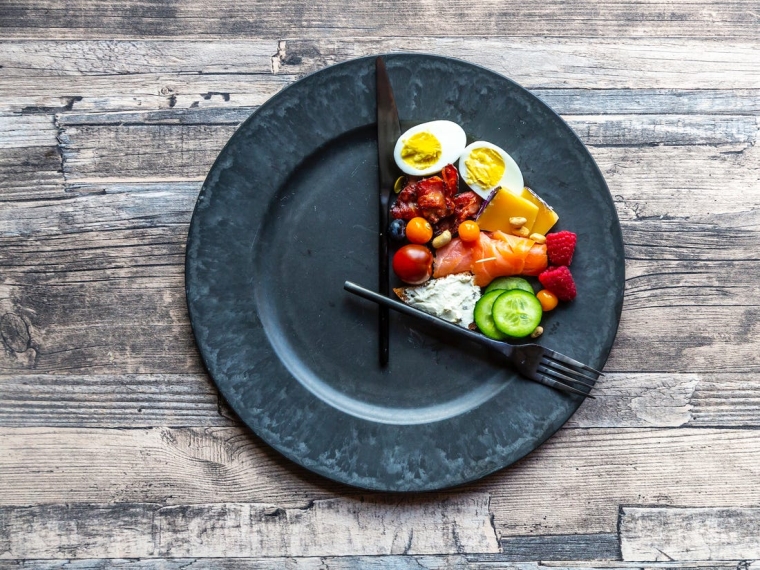 Boosting your metabolism is a possible mission 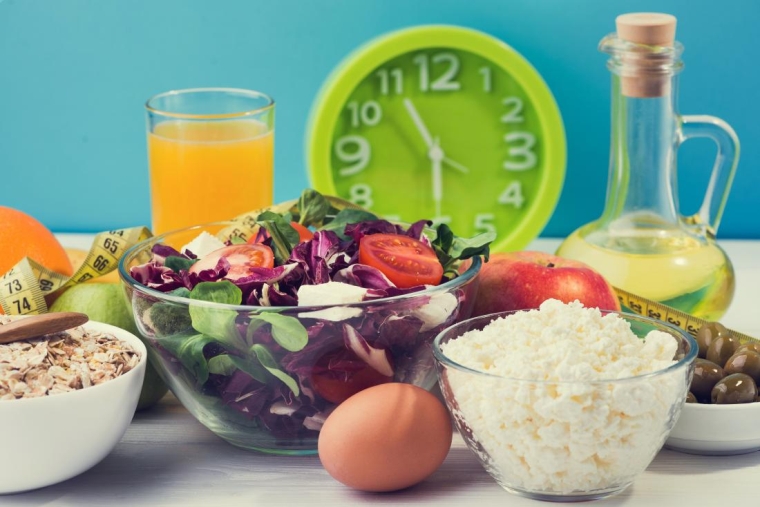 Eating well is crucial to boost your metabolism 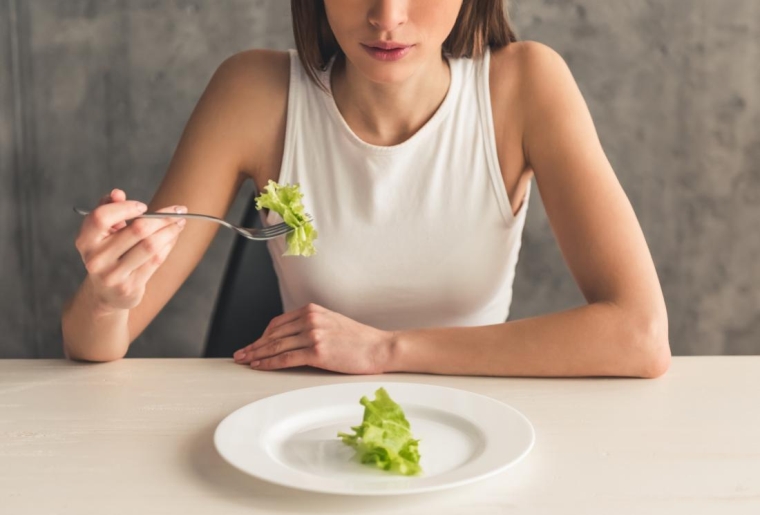 If we want to weigh less, we have to eat less, right? But then if we don't take in enough calories, our body can start losing muscle mass which will lower our metabolic rate. On top of that, if we don't eat enough, our body decreases its capacity to burn calories so that we can preserve the ‘fuel’ that it has left.

Not eating enough is just as dangerous as eating too much. When trying to get quick results, many people believe that eating as little as possible is the best solution. But the opinion of the specialists is different and they say it will have the opposite effect. So instead of cutting calories from your daily menu to boost your metabolism, eat a healthy diet and exercise – it's the best thing to do.

Working your muscles is important for metabolism 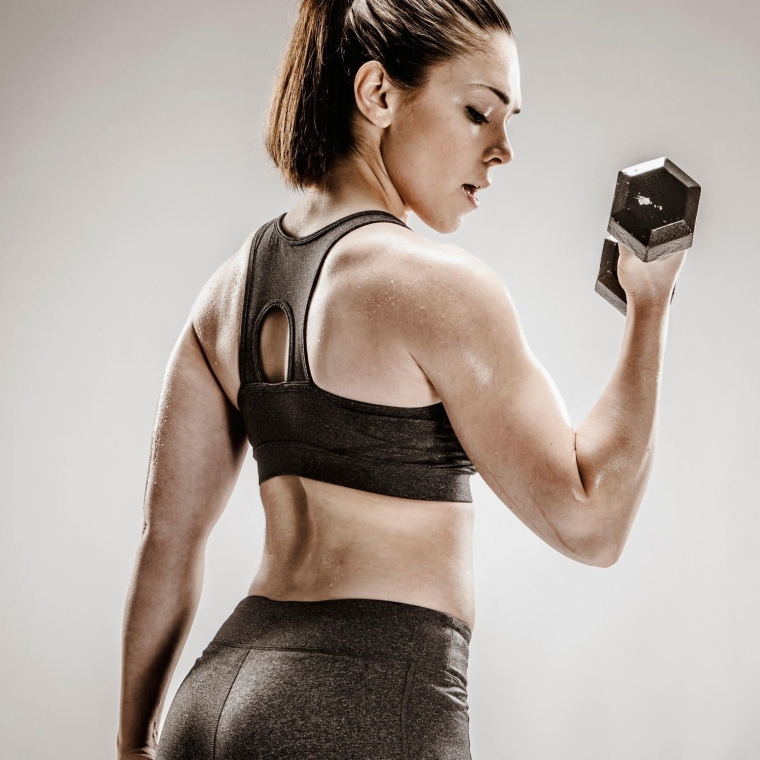 Even when we are at rest, our bodies burn calories constantly. In fact, between 60 and 80 percent of the calories we burn every day are used to keep us alive, according to some scientific studies. Studies show that the métabol resting metabolic rate ’and total calories burned are much higher in people who have larger muscle mass. 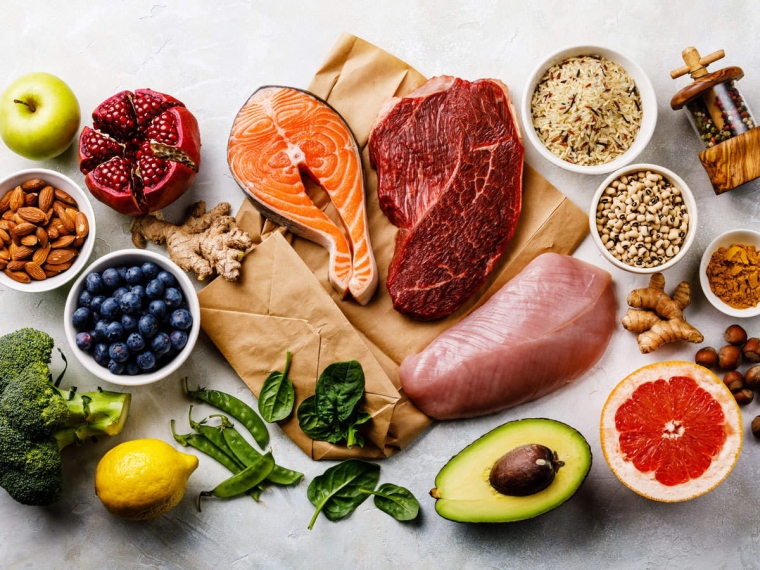 The more muscle you have, the more calories you burn, no matter what you do. Going to the gym will help build muscle mass and eat protein will help maintain muscle and boost metabolism as a result.

Scientific studies have shown that since protein is more difficult for the body to break down and digest in comparison to other nutrients, it can burn after a meal by around 5 percent. Try to eat more protein every day and during the day. Foods that improve metabolism and help burn calories are: hard-boiled eggs, chicken breast, turkey, beans.

The different protein needs for each person but generally consuming between 0.8 and 1g per pound of body mass per day should be sufficient to supply the weight loss. So, for a person who weighs 58 kg for example, this will be between 46 and 58g of protein.

Go for whole grains if you want to lose weight 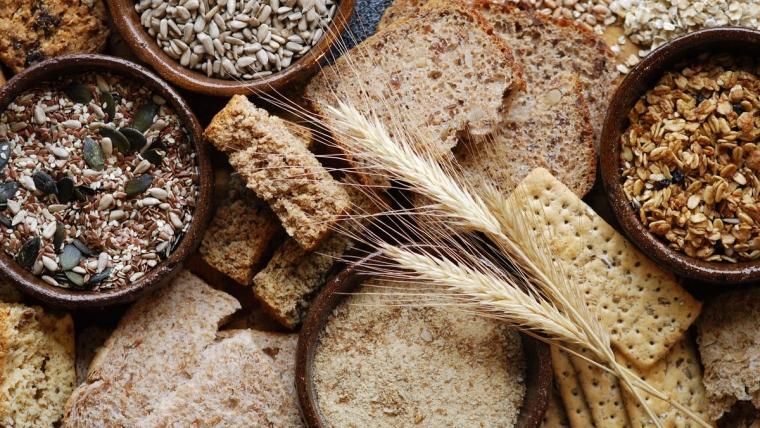 It takes extra effort for the body to break down whole grains unlike refined and processed grains such as plain flour, used in pasta and bread. You can boost your metabolism by consuming foods that take more effort in the body to digest them. Scientists at Pomona College found that consuming whole grains would increase energy expenditure after meals by 50 percent, compared to processed foods. Whole grains you can eat should also be full of fiber. It can be: brown rice, oatmeal, quinoa and sprouted grain bread. 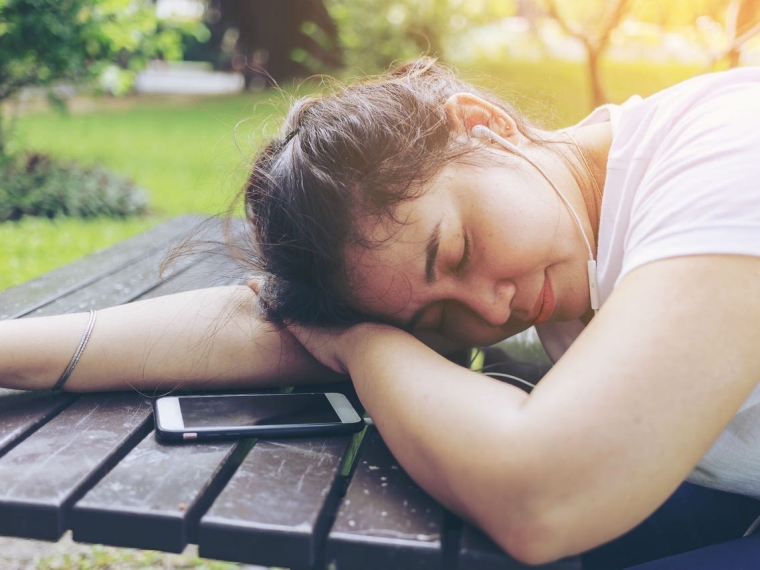 If you want to boost your metabolism, you have to learn to go to bed early. A scientific study done in Finland used identical pairs of Gemini and discovered that in each pair of Gemini, the one who sleeps less has more visceral fat. If you don't do anything different, just getting an extra hour of sleep will make a big difference. If you suffer from chronic sleep deprivation, you should not be surprised if you gain weight even without eating more. Lack of sleep can cause several problems with your metabolism, such as burning fewer calories, having difficulty controlling your appetite, and having increased cortisol levels.

Lack of adequate sleep, that is, below the recommended 7 to 9 hours per night for adults, also leads to impaired glucose tolerance, the body's ability to use sugar as fuel. It can happen to everyone to sleep badly but if it becomes a regular thing, one must try to lengthen his hours of sleep if one wants to lose weight or increase his metabolism. 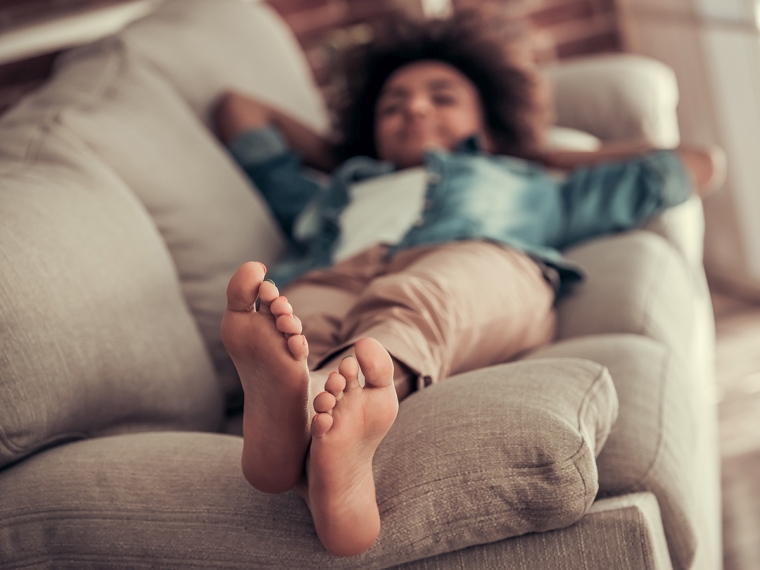 Scientists have found that people burn fewer calories when they sleep during the day and continue to work after sunset. To reach this conclusion, researchers at the University of Colorado studied 14 healthy adults for 6 days. Two days, study participants slept at night and stayed awake during the day and changed their routine to mimic the routine of night owls. When participants slept during the day, the researchers found that they burn 52 to 59 calories less than when they slept at night. The reason is that this routine prevented their circadian rhythm, the body's internal clock which plays a major role in the function of metabolism. So, if you have no choice but to sleep during the day, try cutting between 50 and 60 calories from your meals. 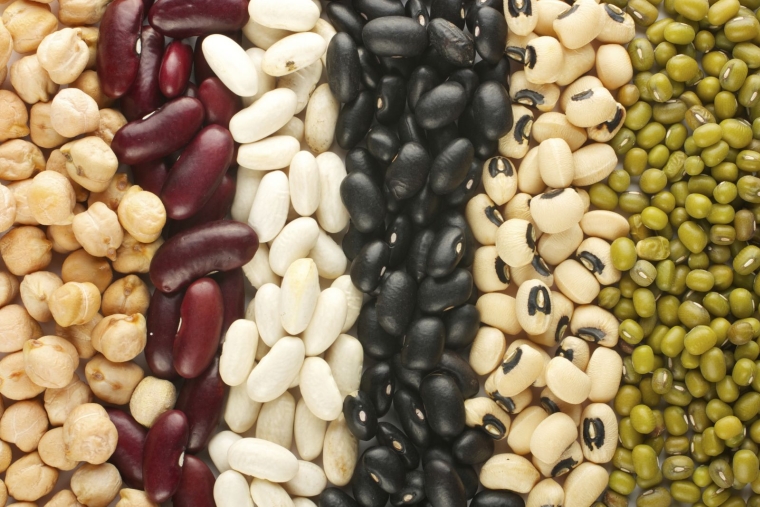 White beans are not only an excellent source of vegetable protein, but they are also very rich in soluble and non-soluble fiber. The fiber and protein digestion process in beans burns extra calories and both types of fiber help to decrease insulin after digestion and help the body store less fat. So think of each white bean as a metabolism boosting tablet. A scientific study found that people who eat ¾ cup of beans daily weighed less than those who did not eat them, even if those who did eat them, consumed about 199 calories more than those who did not eat them.

Stress can actually cause a decrease in the body's metabolism, according to a scientific study published in the journal ‘Biological Psychiatry’. And to make matters worse, the food you want when you are stressed is usually very fatty and full of sugar. Scientists say that the combination of calorie food and the slow metabolic rate can result in significant weight gain. So, to boost your metabolism, you can fight stress by laughing. A study shows that smiling and laughing decrease stress hormones. 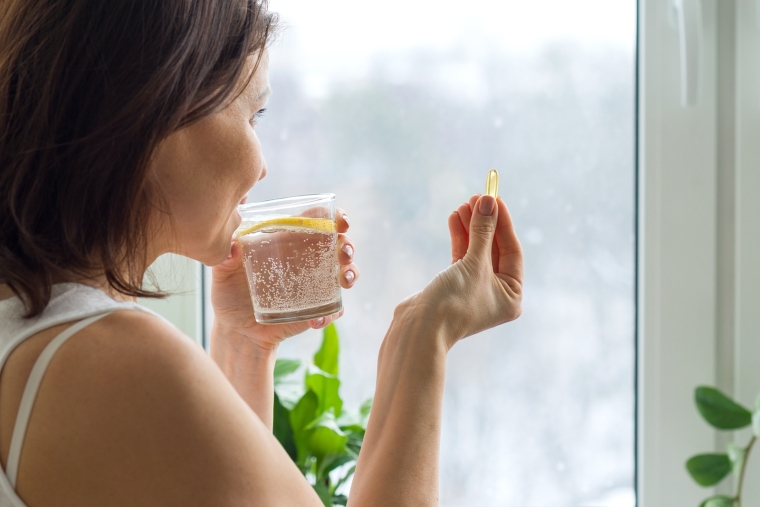 If there is only one dietary supplement that we all need, it's probably vitamin D. Vitamin D is essential for preserving muscle tissue that speeds up metabolism, but unfortunately many people lack it. And even if you can reach about 90 percent of the recommended daily dose by eating a piece of salmon, taking vitamin D daily is recommended. Good sources of vitamin D are: tuna, fortified, low-fat milk and eggs. 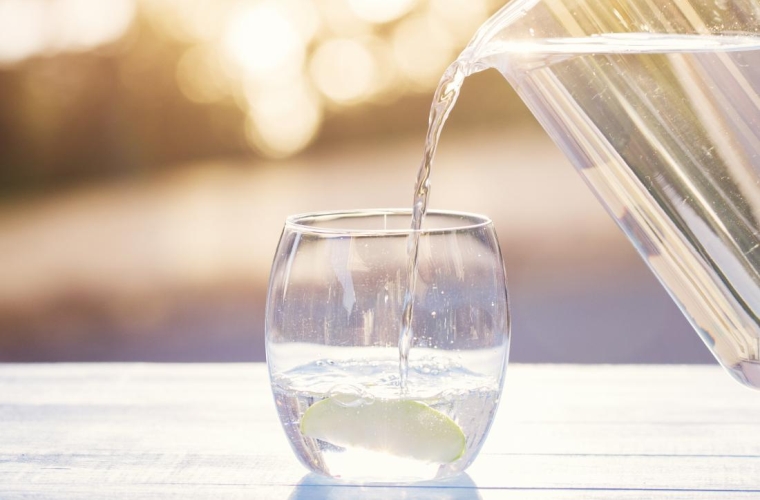 According to nutritionists, one of the easiest and most effective ways to boost your metabolism is to drink water soon after waking up. Why ? During sleep, the body’s metabolic function decreases, and unless you wake up in the middle of the night to drink water, you’ll run out of fluids. It is recommended to rehydrate well in water before stressing your body with any other drink. And if we do that, we will experience less bloating, we will have more energy and less appetite. 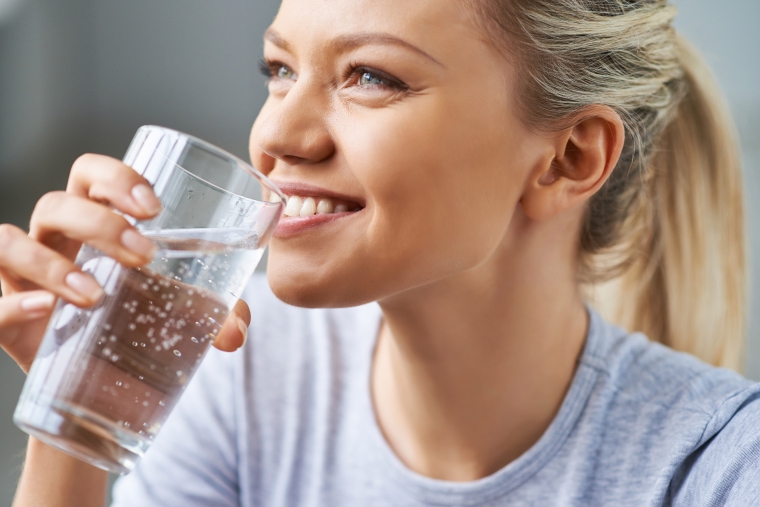 And drink more water in general

Losing weight isn't that difficult – you just need to drink more water to increase your metabolism and burn more calories. After drinking about 2 large glasses of water, the metabolic rate increases by 30 percent. Scientists estimate that increasing water consumption to 1.5 liters per day would have burned about 17,400 calories for the year. 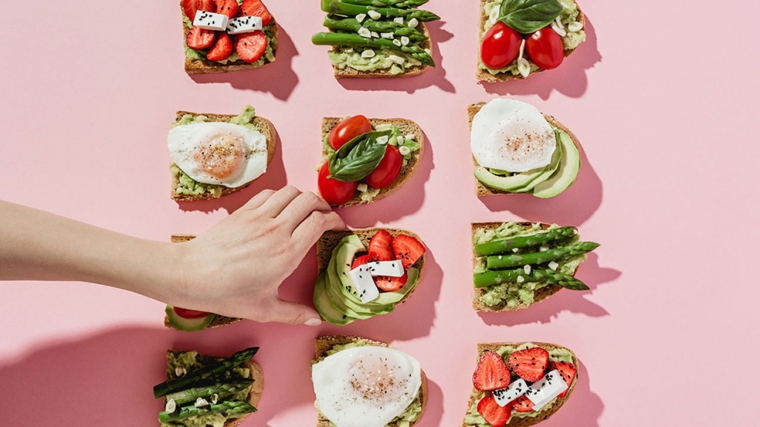 Take small drops everywhere with you

We should always be ready for a busy day by having healthy snacks at home, in our office or in our car. Even if you have to skip breakfast, lunch or even dinner to stay in shape, you need to keep your energy levels high by making healthy choices. There is no reason to run to the vending machine to grab chips or eat sweets. To increase your metabolism, it is recommended to eat snacks such as almonds or other nuts, apples, bananas, chia bars, protein bars or fruit and nut bars.

Yes, yes, some sodas claim to have 0 calories but drinking diet sodas can still keep us from having a flat stomach. Scientific studies published in the journal ‘Trends in Endocrinology and Metabolism’ show that sweetener drinks can ‘break’ the body’s normal metabolic response to sugar, increasing appetite. Diet drinks are now linked to weight gain, metabolic syndrome and other illnesses. 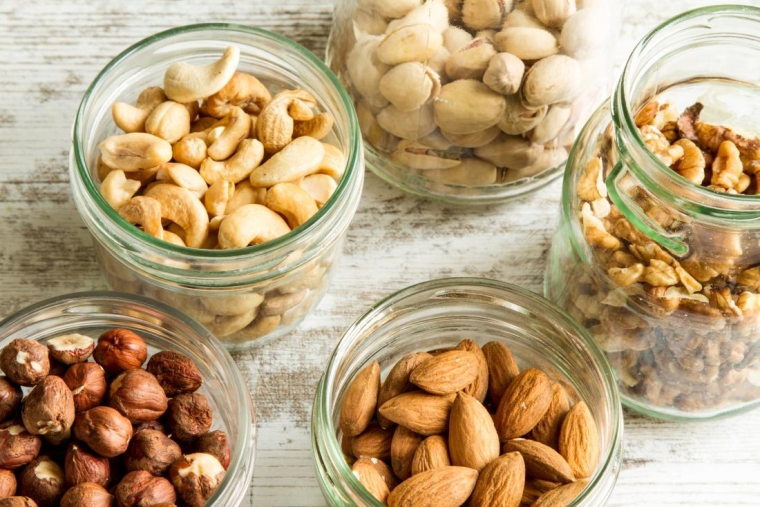 A 2003 study in the journal "International Journal of Obesity" demonstrated that low-calorie diets that are high in almonds can help people lose weight. Mono saturated fats in almonds not only have an effect on insulin levels, scientists say, but also make you feel full, which means you're not going to eat too much. So, no, don't hesitate to fill up on almonds, walnuts and nut butter if you want to boost your metabolism. 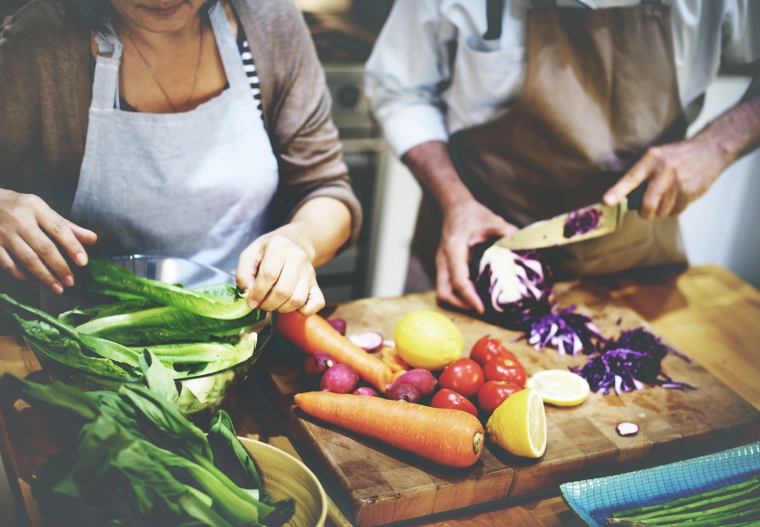 The little revolution is here and a lot of people are pouring in drinks of leafy greens. There is still a downside to this ingenious delivery method. Much of the body's work, breaking down food to absorb its nutrients, has been depraved by Nutribullets and Vitamixes. This means that the body uses far less energy than when eating whole spinach and bananas. Smoothies are great for weight loss but you should still try to prioritize lean meats, fish, high-fiber vegetables and fruits and burn more calories by digesting them. 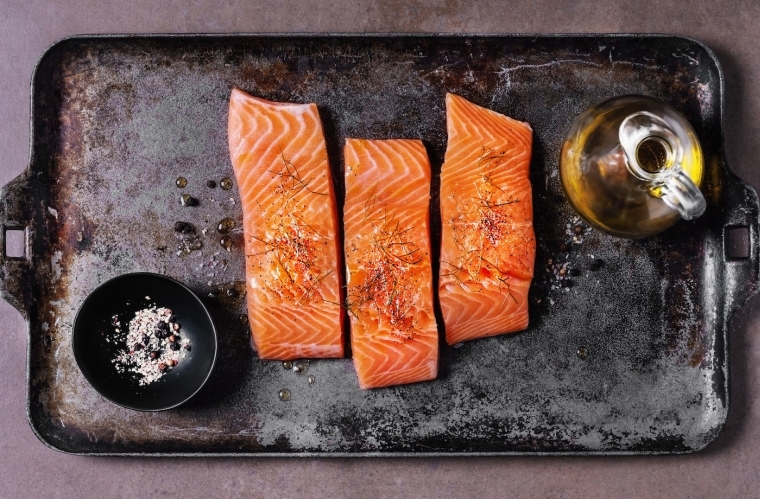 There are a lot of fish in the sea, but salmon is perhaps the best type of fish when it comes to figuring out how to increase your metabolism. Most cases of underactive thyroid are due to inflammation of this gland and salmon has anti-inflammatory properties thanks to its rich omega 3 acids. In fact, a scientific study published in the European Journal of Clinical Nutrition 'studied the effects of weight loss and consumption of fish and seafood and showed that salmon is salmon is the most effective fish for reducing inflammation in the body. It is even better than cod, fish oil or a fish-free diet. 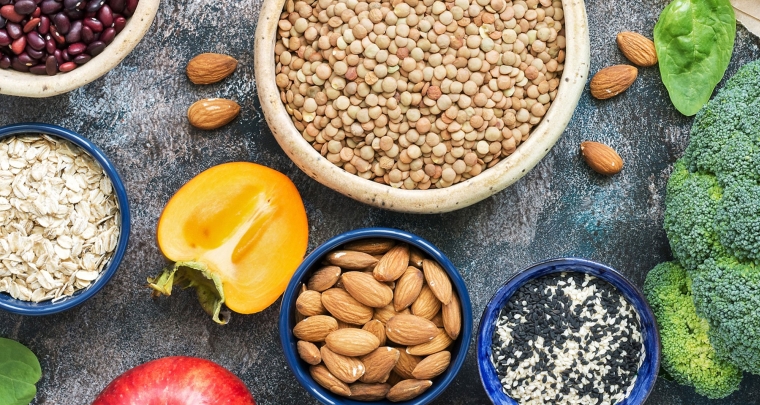 Lack of iron affects more than 1 in 5 women. And having a deficit of essential minerals can be shown in a number of different ways, such as fatigue and anemia. But iron deficiency can also prevent our metabolic health. Our body cannot work as effectively to burn calories if it does not get the things it needs to work properly. In other words, when we treat iron deficiency with iron supplements, we can lose weight and improve our metabolic parameters such as lowering blood pressure and bad cholesterol levels. Iron-rich foods you can add to your diet are: a bowl of iron-fortified cereal, a bowl of lentils, beef, or a bowl of spinach. 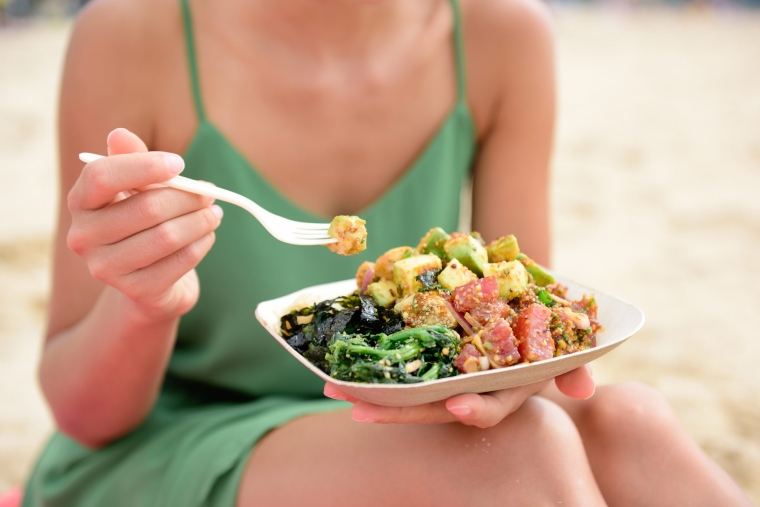 Bodybuilders swear by eating every few hours to maintain their muscles, but don't overlook the weight loss potential of three good meals a day. A study in the journal "Hepatology" put two groups of people on a diet to gain weight. One of the groups divided the calories between three small meals with snacks among others, while the second group ate the same number of calories divided into three large meals. While the two groups of people gained weight, scientists found that belly fat, the one that increases the risk of cardiovascular disease, increased among those who ate more often. 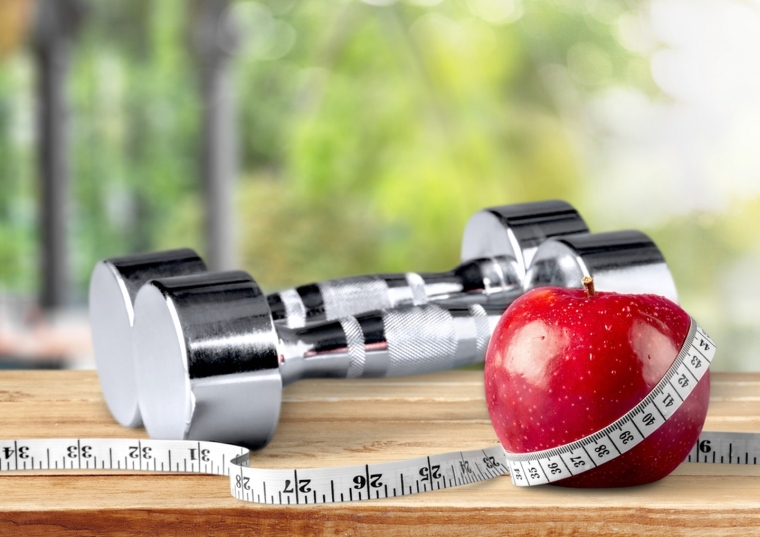