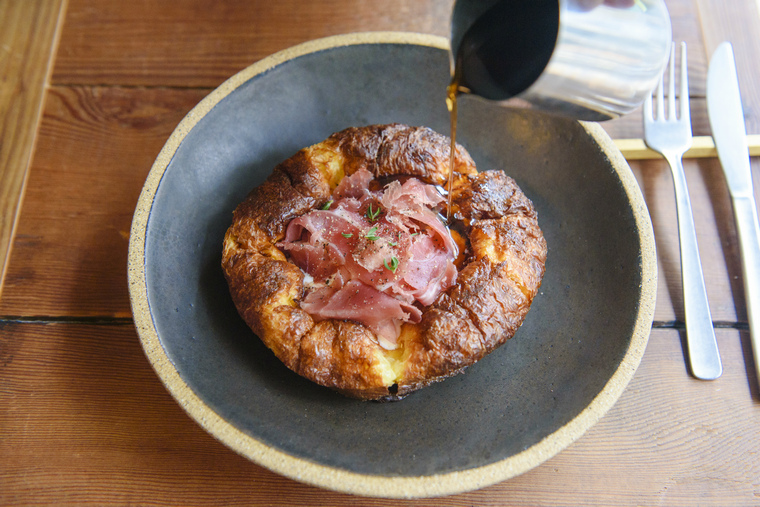 Diagram of the digestive system is a very interesting subject that shows the path of food from the mouth to the anus.

The digestive system plays an important role in the absorption of nutrients in the body. It takes the food we eat, breaks it down mechanically and chemically in the mouth and stomach. It then absorbs nutrients, fats, proteins and water in the intestines before eliminating waste products through the rectum. 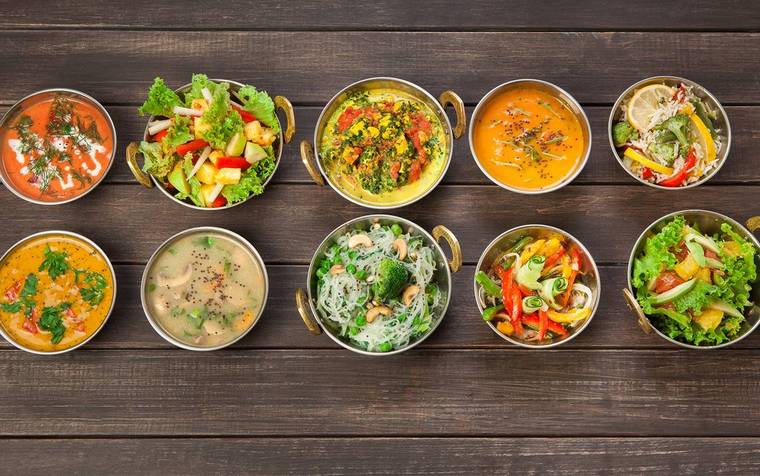 The digestive system is designed to do very important things. They can be grouped into four categories: 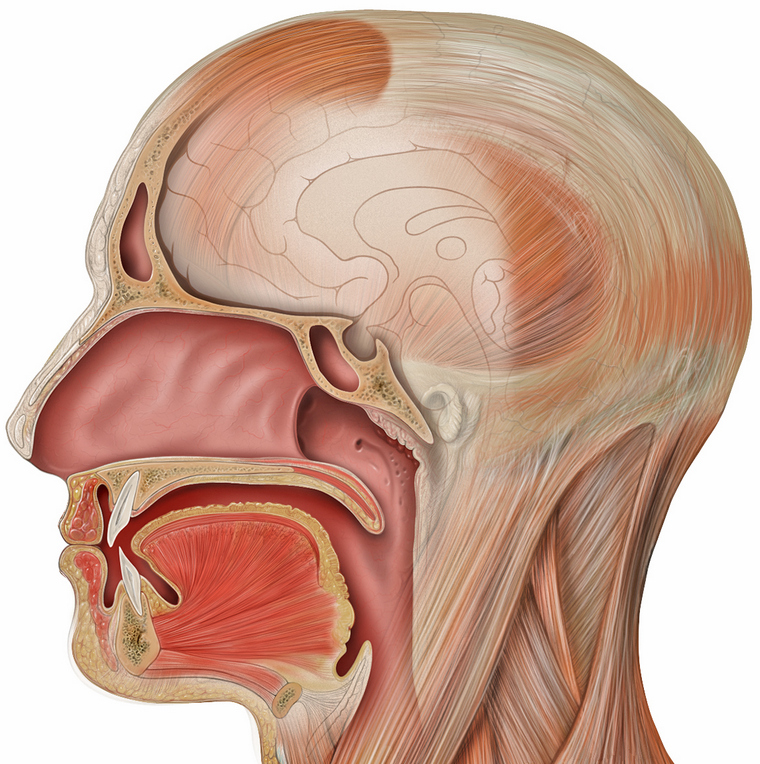 Digestive system diagram: follow the food from the mouth to the anus

To understand how our food is digested in the digestive system, it could be very useful to follow our food along its normal path, starting with the mouth. 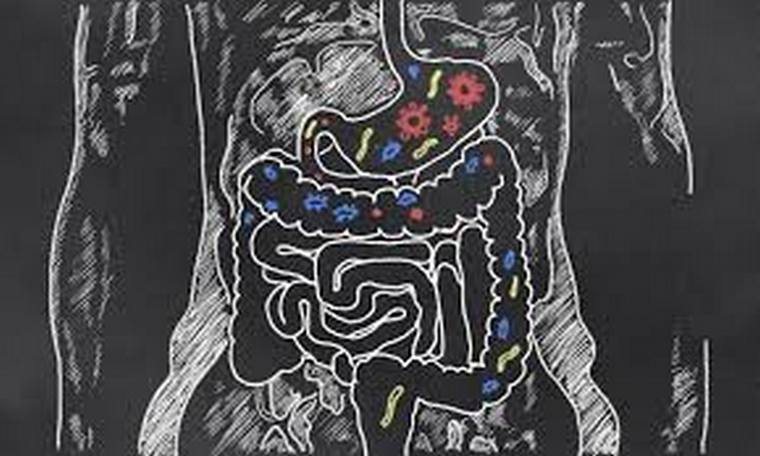 The very idea of ​​food

Imagine for a moment that you are hungry and your eyes are watching a good homemade meal. Your mouth starts to water. The salivary glands in your mouth are triggered to start producing saliva. This will facilitate the digestion of the meal. 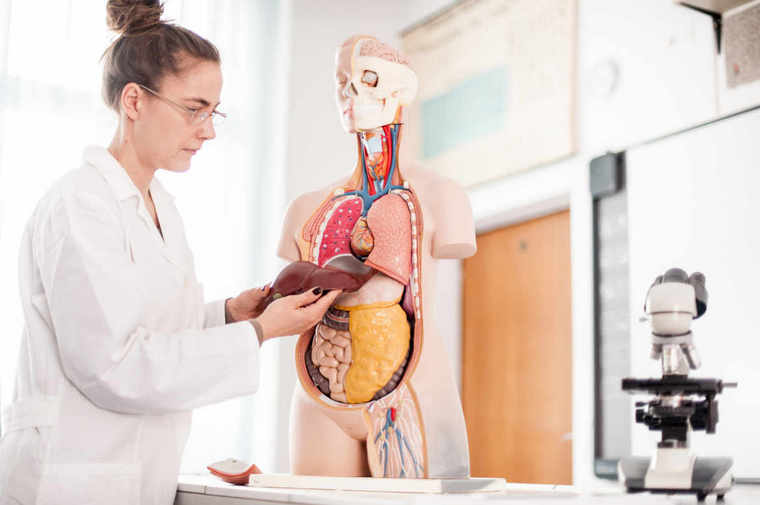 When food enters your mouth, your teeth begin to break it down mechanically into small and small pieces. Saliva also begins to break it down chemically. Soon the brain orders, "Swallow this food." You swallow it and take another bite. 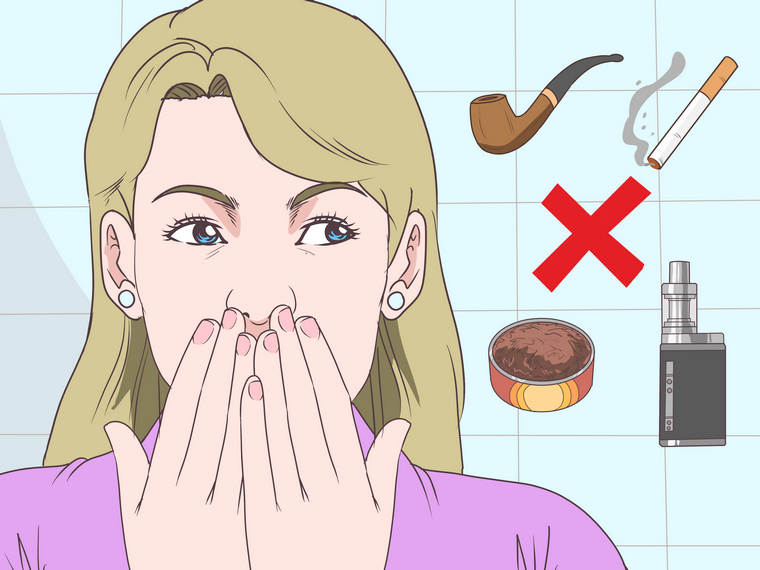 The descent to the esophagus

As you think about your next bite of food, your nervous system helps move the bolus (the food package you swallowed) down your throat. A small piece of skin, called an epiglottis, makes sure that the food goes down into the esophagus. Smooth muscle movements, known as peristalsis, help move this bolus through the esophagus. When it reaches the stomach, the sphincter opens and empties food. 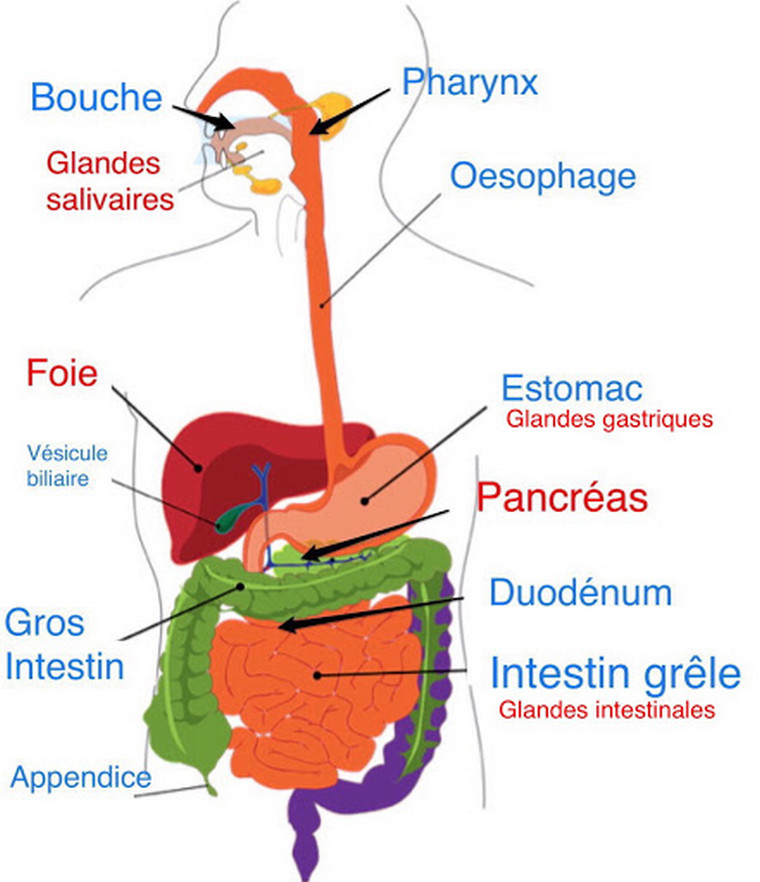 Food inside the stomach

Inside the stomach, cells begin to secrete different acids that help increase acidity at a pH of 2. This strong acid environment kills most bacteria and begins to chemically break down food. The movements of the smooth stomach muscles, known as peristalsis, mix and churn food more. 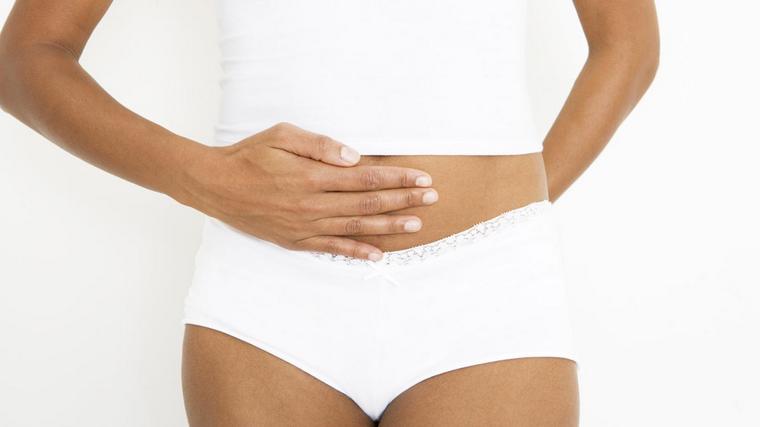 Once the food is well mixed and has the consistency of oatmeal, it is ready to pass into the small intestine. At this point, the food is known as chyme. Chyme is the porridge formed by the food mass as it passes through the intestine, after being subjected to the action of saliva and gastric juice. 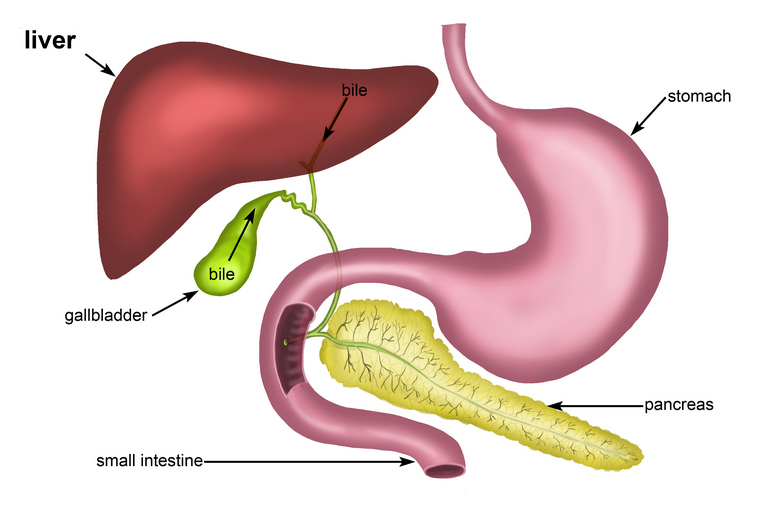 The chyme after entering the small intestine

To enter the small intestine, the chyme must cross the pyloric sphincter. From there, it enters the duodenum, the first part of the small intestine. The liver mixes with bile, which helps break down fat in food. The pancreas also secretes digestive enzymes that aid digestion.

Most of the nutrients are absorbed by the small intestine and transferred to the bloodstream. Everything takes place via a system of numerous glove finger protrusions called villi. The villi increase the size of the small intestine, which helps it absorb digested food.

So you have it! We have given you a basic overview of what happens to the food we eat from the time we eat it, to the time we excrete it. While we haven't gone into detail on all of the steps, we encourage you to explore each step of the process as much as you can. Check out our links below for more detailed explanations of the whole process.

The anus is located at the end of the digestive system. The function of the anus is to expel unwanted faeces and semi-solid matter produced during digestion. 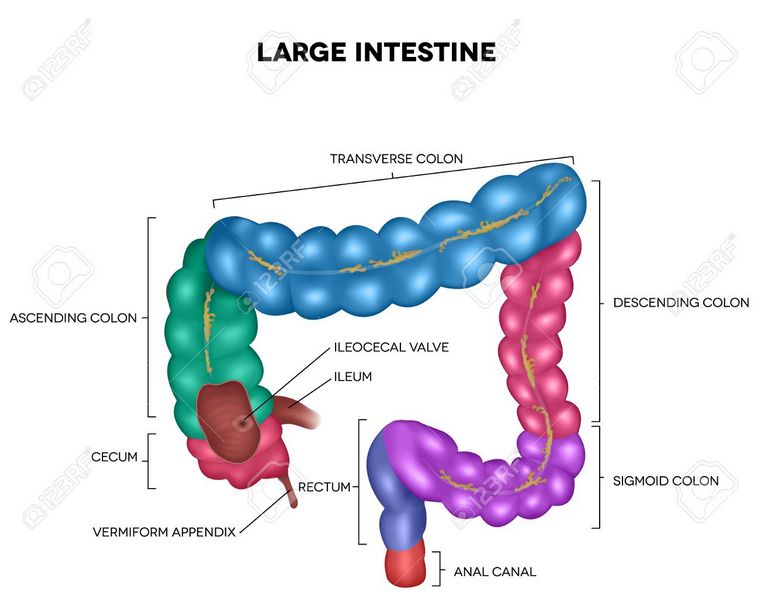 It is a pocket-like structure of the colon. The appendix is ​​located near the junction of the small and large intestines. It is often called a worm-like appendage or cecal appendage. The appendix is ​​believed to be a residual structure in humans. This means that the organ has lost its original function. Today, the appendix, prone to infection, is often removed at the first sign of a problem. 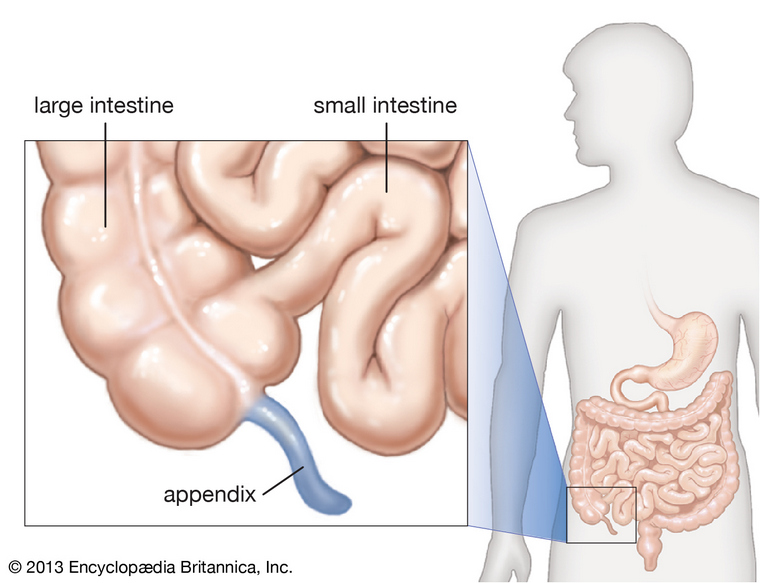 The large intestine can be divided into different regions. The first section which takes up the digested material is the ascending colon. It is smaller in size than the caecum, with which it is contiguous. 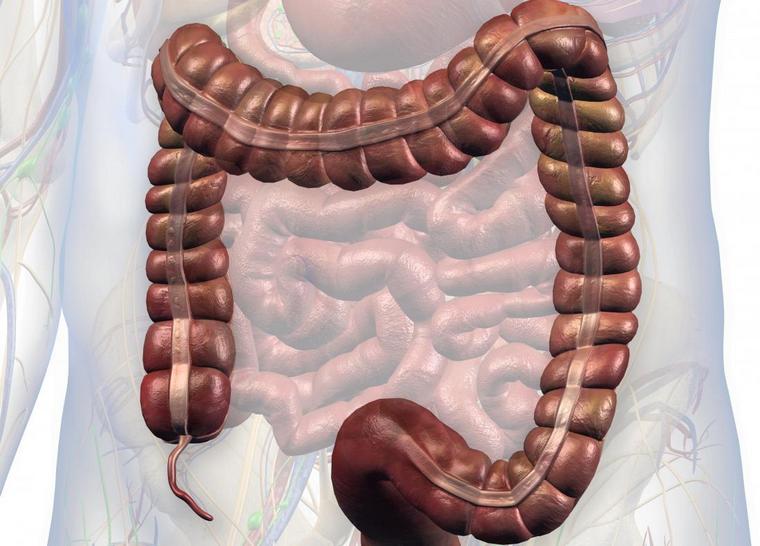 It is a yellowish, blue and green liquid secreted by the liver. It is stored in the gallbladder between meals. It is secreted in the duodenum to facilitate the process of digestion of lipids by emulsification. 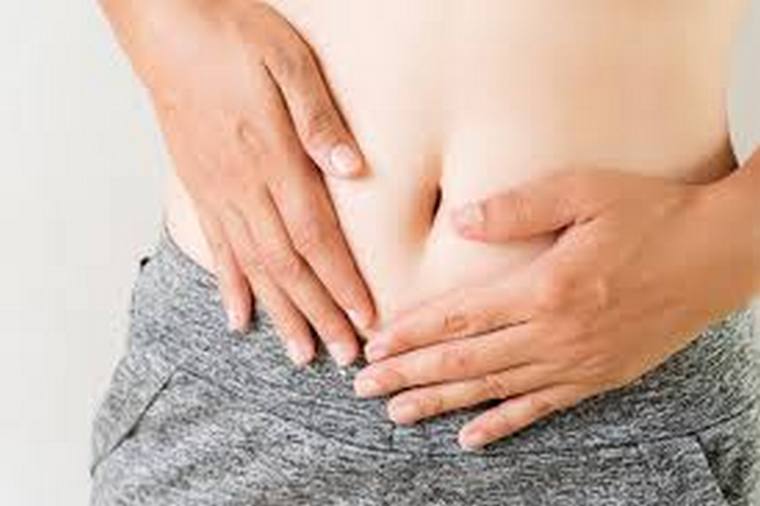 This is the start of the large intestine. The cecum is a pocket that connects the ileum to the ascending colon. 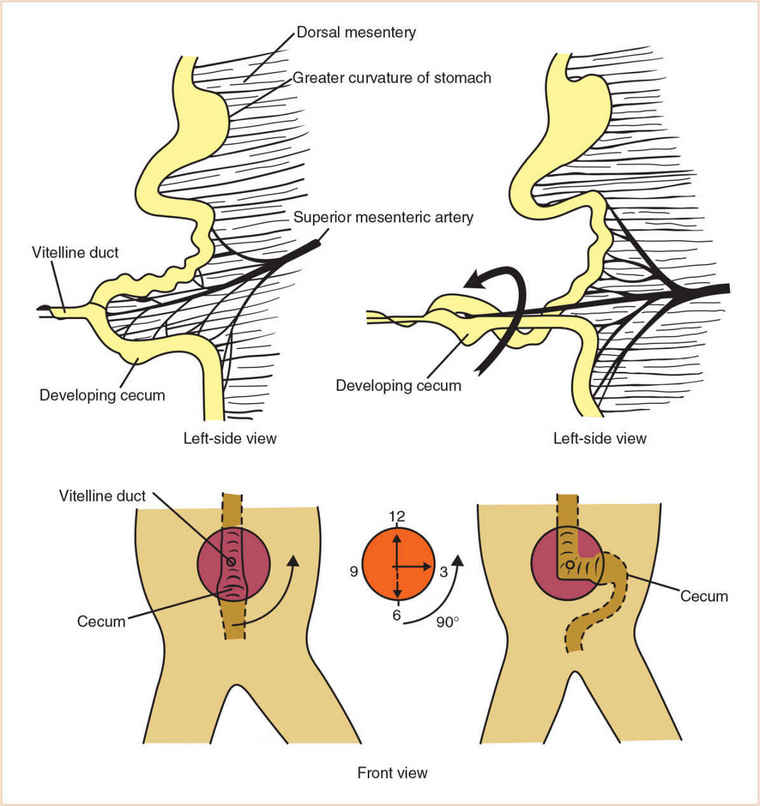 This is the name given to the partially digested food that leaves the stomach via the pyloric valve in the small intestine (duodenum). Chyme, also known as chymus, has the consistency of oatmeal. 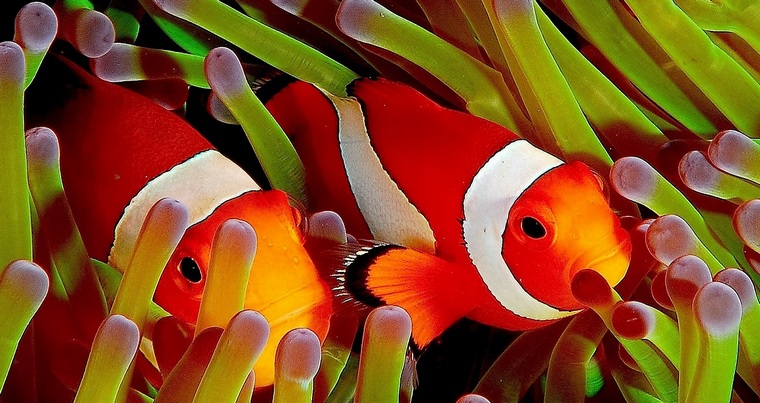 It is the region of the large intestine that moves the digested material down through the left hypochondrium and the lumbar regions. 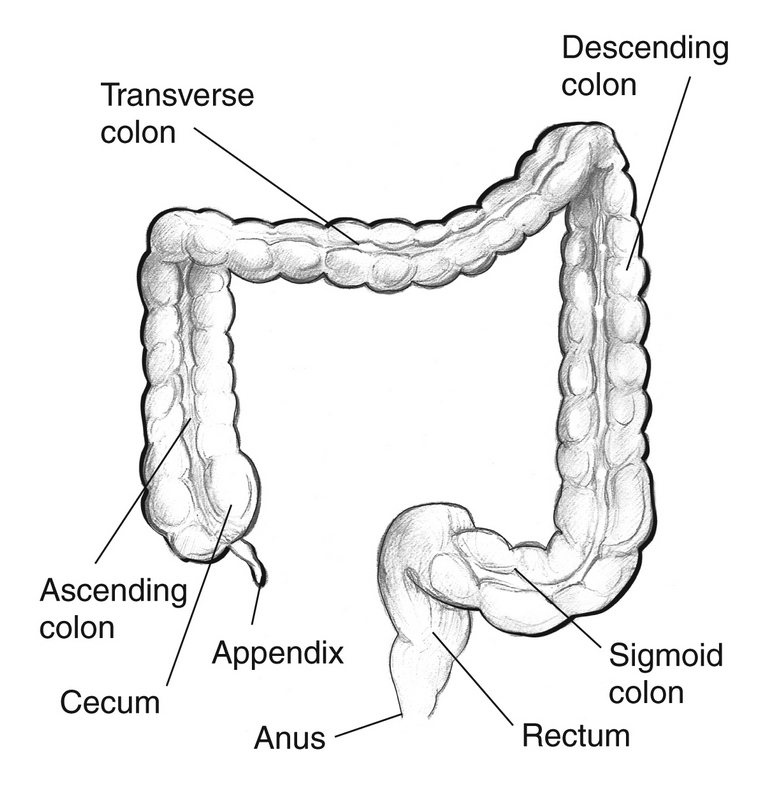 This is the first section of the small intestine. This hollow, articulated tube is only 10 to 12 inches long. It connects the stomach to the jejunum and is where most of the chemical digestion takes place. 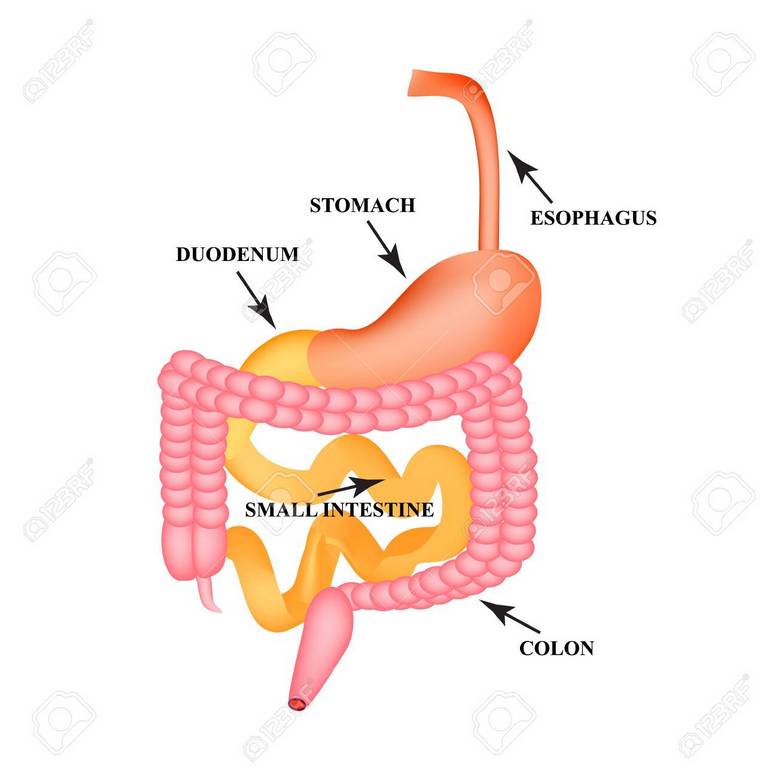 It is a small flap of elastic cartilage just below the pharynx that helps direct food down the esophogue and direct air into the lungs. Without the epiglottis, it would be difficult not to prevent the passage of food or fluids through the trachea and into the lungs. The epiglottis closes the larynx and the vocal cords come closer. 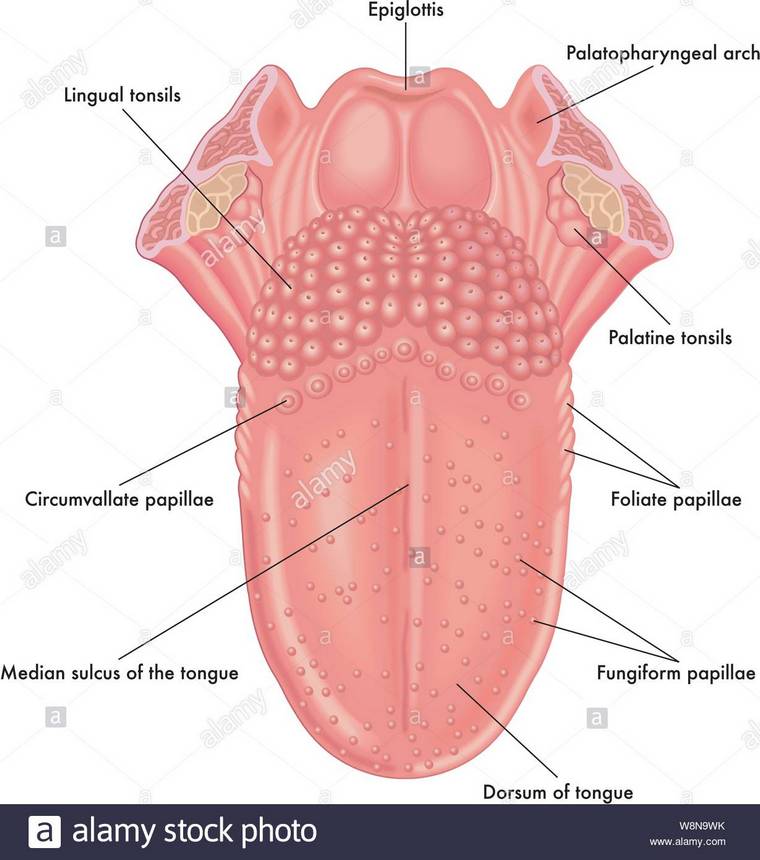 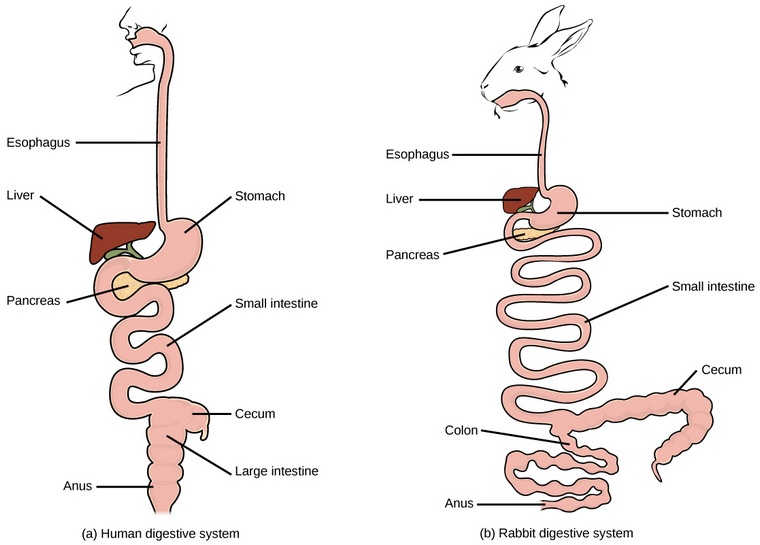 It is a small organ that stores bile produced in the liver. It can contain about 50 ml of bile. 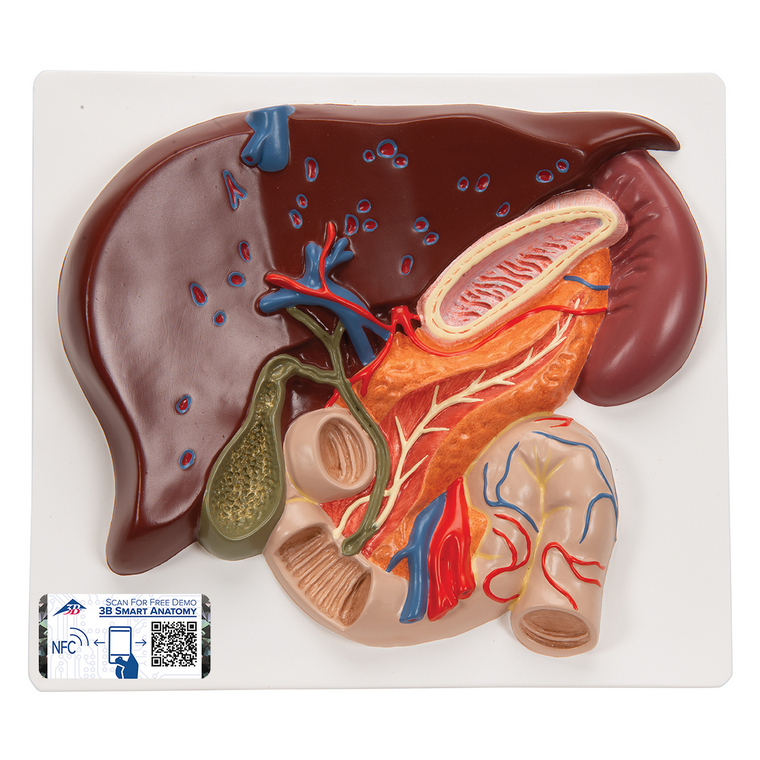 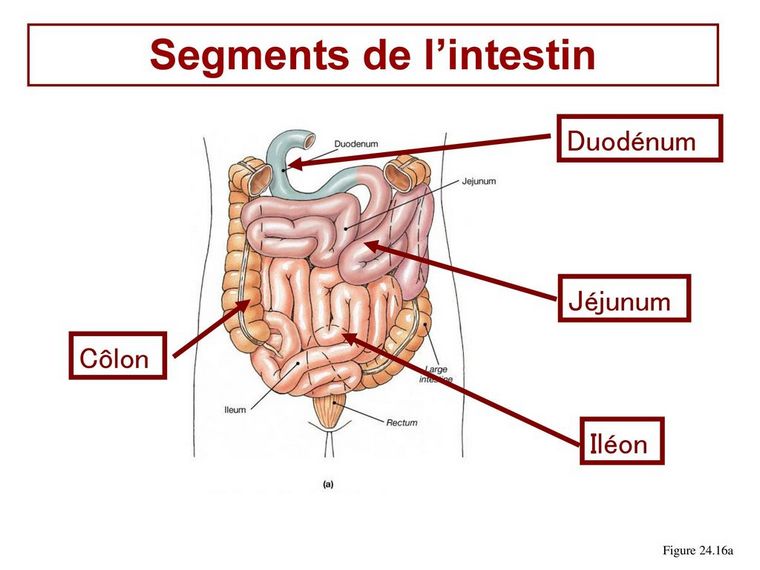 This is the middle section of the small intestine. It is preceded by the duodenum and followed by the ileum.

It is a vital organ that produces chemicals necessary for digestion. In digestion, it is extremely important to produce bile, which helps break down fat. 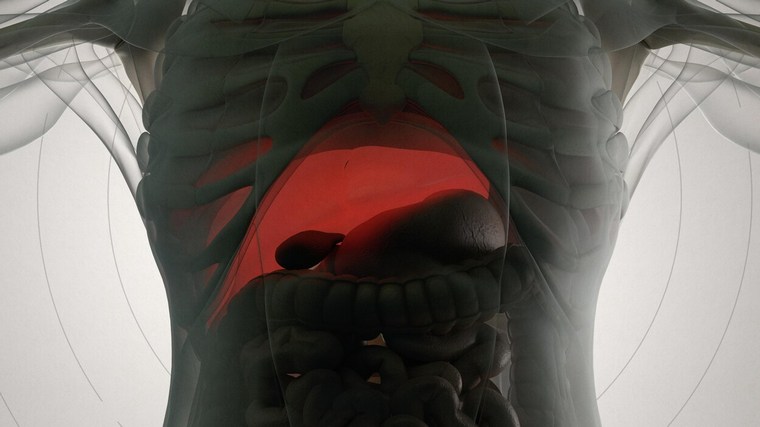 Often seen as the first step in the digestive process. The mouth's chewing action is used to mechanically break down food particles. The saliva produced here contributes to the chemical breakdown of food. 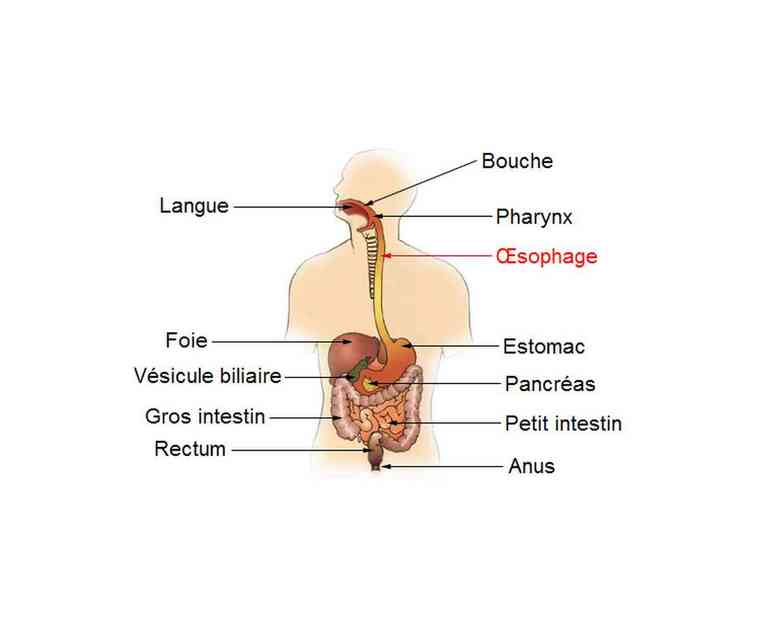 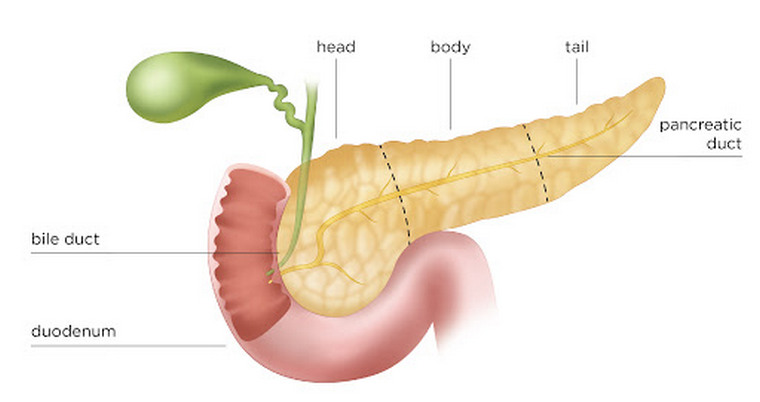 It is the radially symmetrical contraction of the muscles that propagate in a tube. It occurs mostly in the esophagus and stomach. This movement helps the stomach to mix and break down our food. 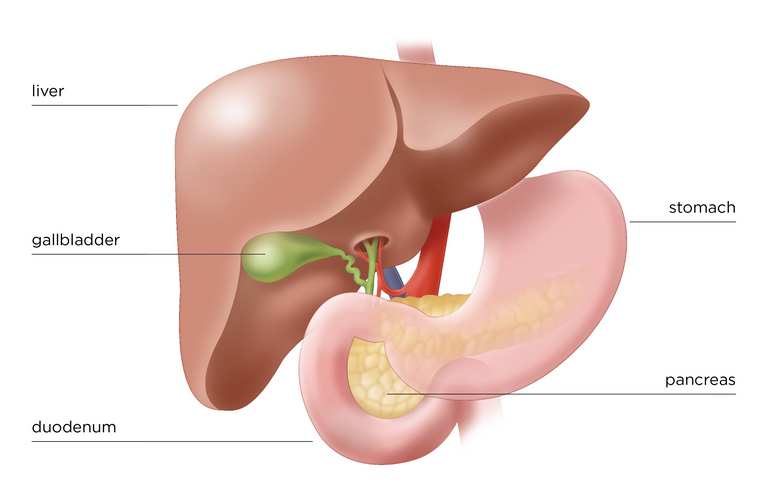 The last part of the large intestine. Human rectums are approximately 12 cm long. 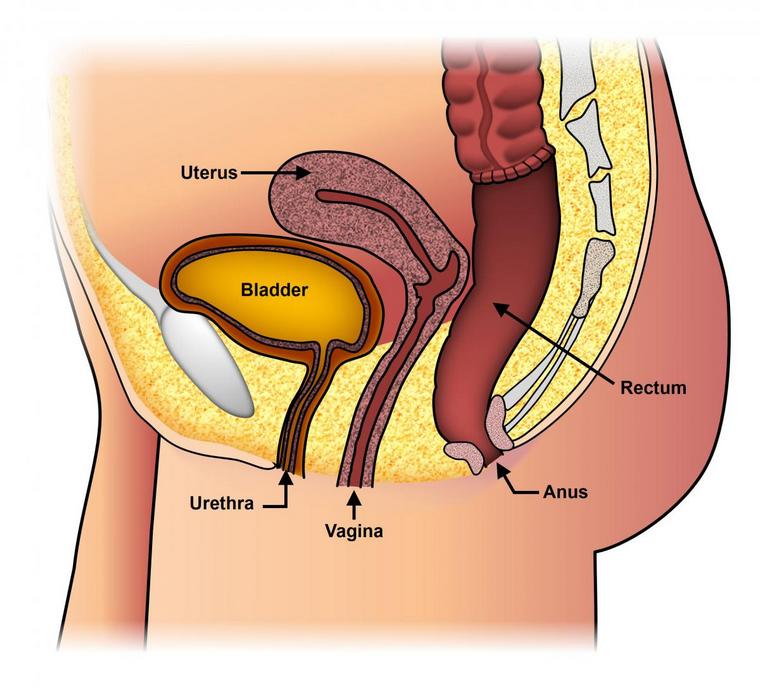 It is a substance produced by the salivary glands that aids digestion. Human saliva is about 98% water. The remaining 2% is made up of electrolytes, mucus and antibacterial compounds.

It is the exocrine gland that produces saliva and amylase, among others. 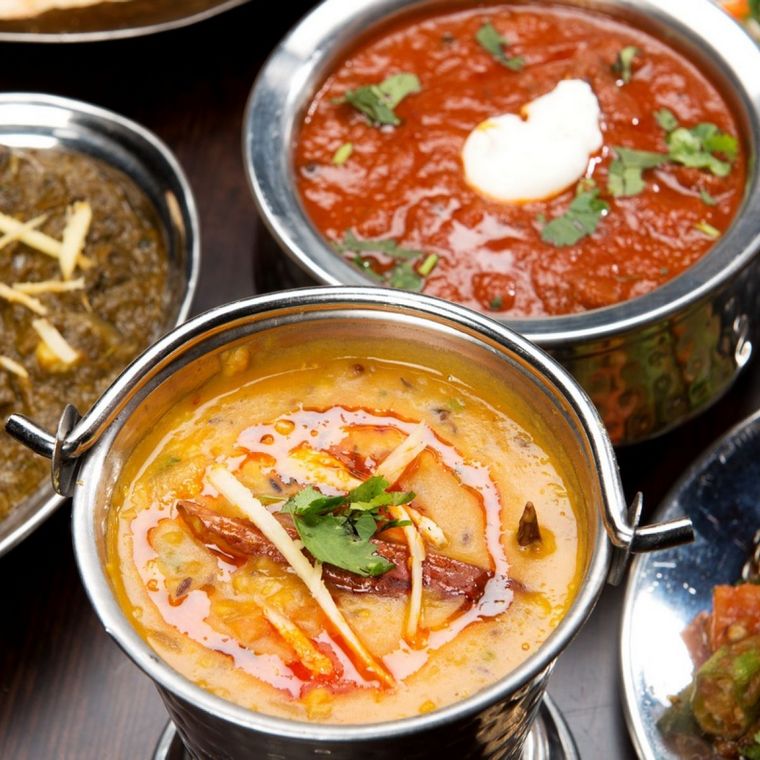 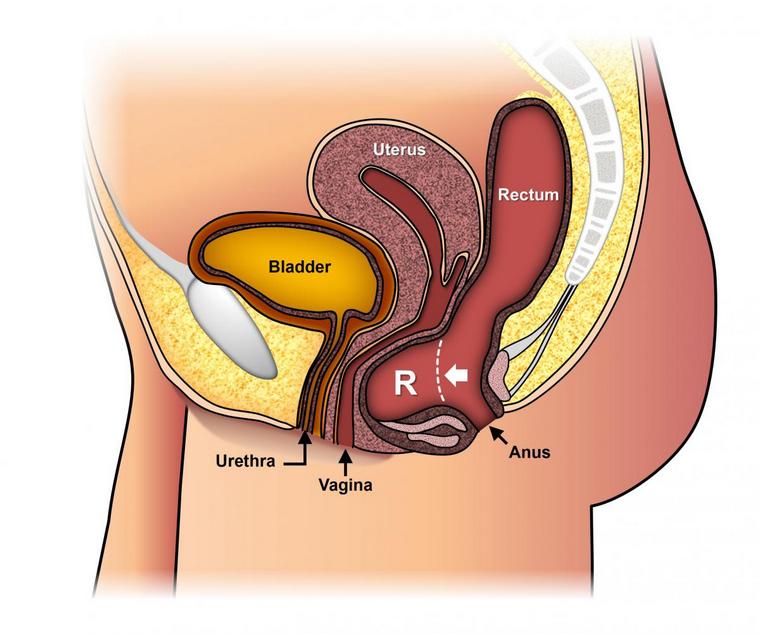 It’s the muscular organ of the gastrointestinal tract that helps produce and digest food. The stomach is between the esophagus and the small intestine. The smooth stomach muscles help to break down food mechanically via peristalsis. 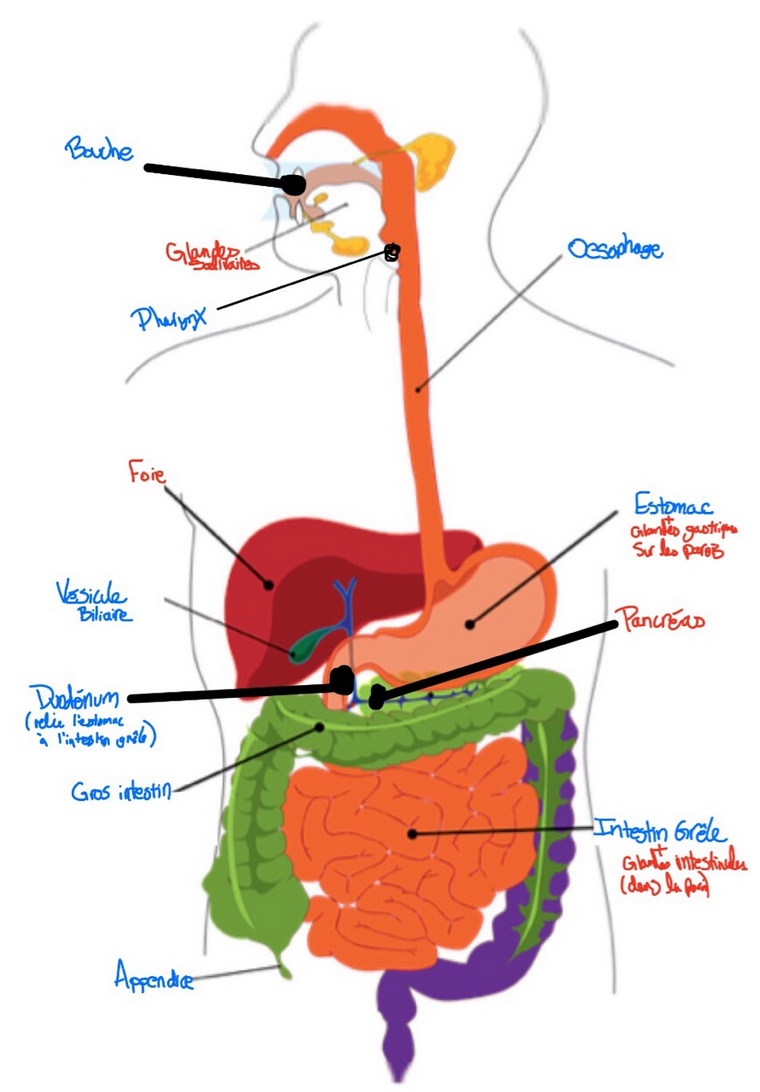 It is the longest and most mobile part of the colon. This is the section of the large intestine just after the ascending colon and just before the descending colon. 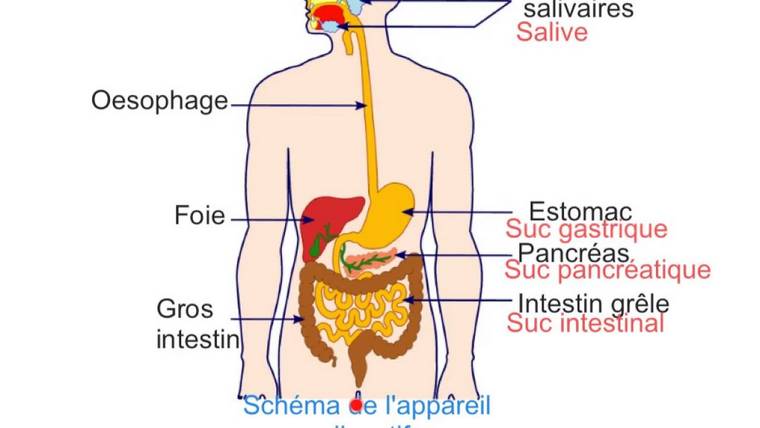