Health : What is kokum and how do you use it?

Kokum is an Indian tree little known in Europe that is part of the group of exotic plants. Its small red fruit, which gradually turns dark purple, appears just during the summer season. At this time of year, it helps fight the effects of heat and protect against dehydration caused by it. But this little-known fruit also has several virtues and it is even used as a source of fat, kokum butter. In this article, we invite you to learn more about this exotic fruit and its benefits.

What is kokum and what are its origins? 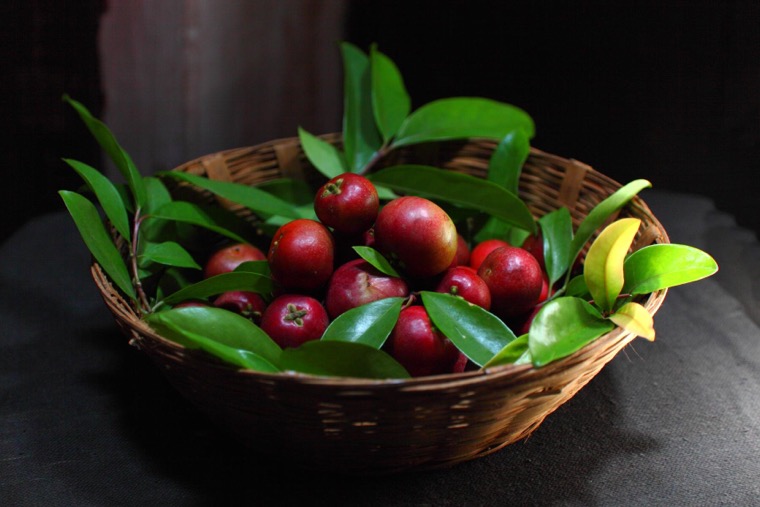 Kokum is a tree whose fruits are widely used in cooking and also for pharmaceutical and industrial purposes. The plant, whose scientific name is garcinia indica, is cultivated in the western coastal regions of southern India. It is rarely found outside this area.

Growing up to a height of 18 meters, the tree is part of a family of about 200 species widespread especially in Asia. Interestingly, as it grows, the tree transforms, reaching, at the time of maturity, the shape of a pyramid.

The most valuable part of the tree are its fruits. Kokum trees have large seeds which are rich in oil. One of the strengths of this plant is that it does not require specific care and treatment. Thus, its cultivation is generally not subject to the use of pesticides.

What are the properties of kokum oil or butter? 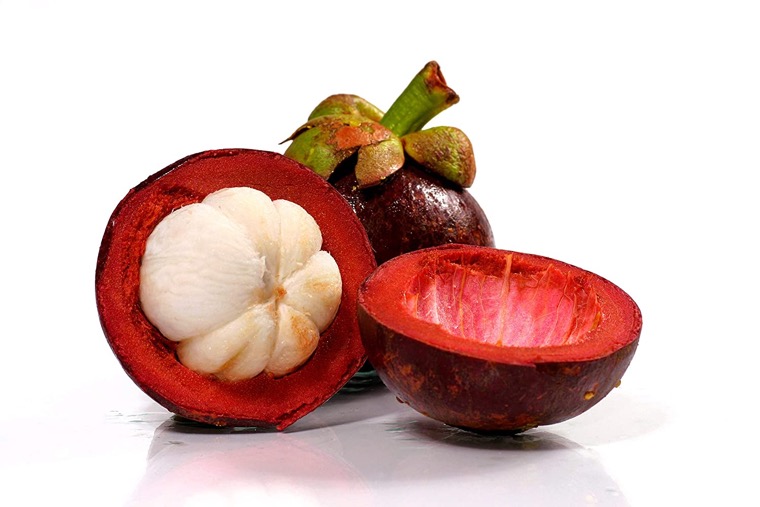 The oil or butter of the plant is often compared to other similar products. Here are its properties in comparison with butters such as coconut and shea butter, for example.

Some of the downsides of plant butter include:

Uses of kokum in cooking and medicine 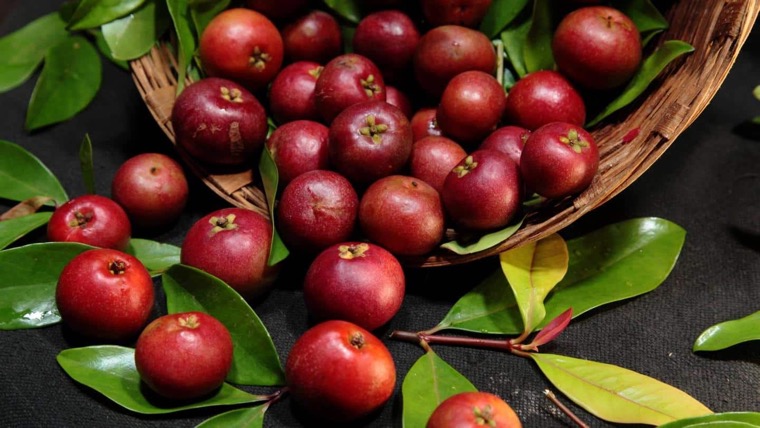 In Europe, kokum oil or butter (the fat found in the fruits of the tree) is used in cosmetics. It is notably found in the ingredients of products like lipsticks, moisturizers and my balms for dry and itchy skin. It is also present in products against sunburn. It is also used to make soaps.

Kokum oil (or butter) has a characteristic light gray or pale yellow tint. Unlike other oils, it has a very solid texture. Butter can melt when it comes in contact with the skin. It is suitable for the preparation of masks, homemade scrubs and balms. For this type of preparations, it can be combined with other oils. 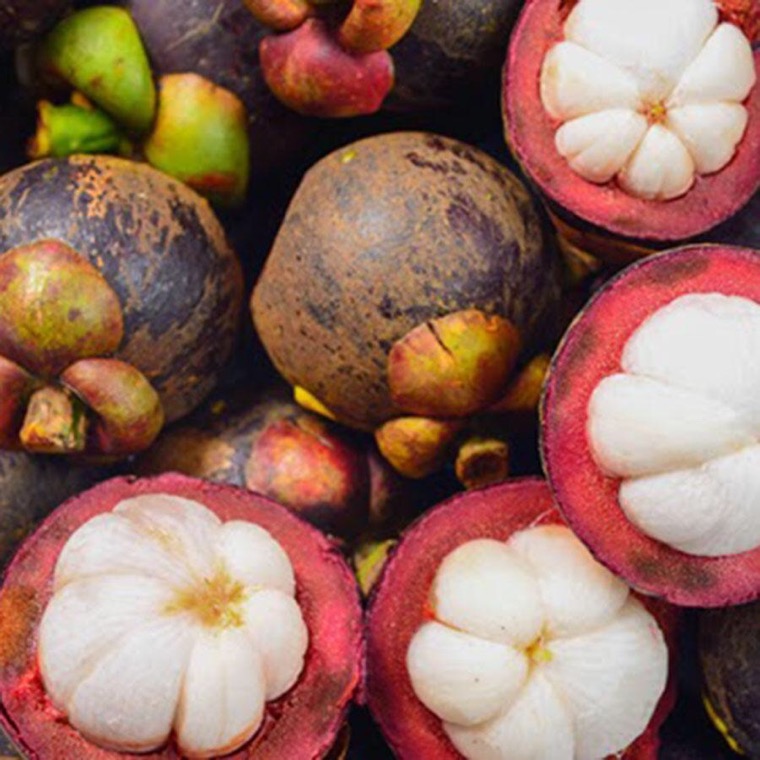 The butter from the plant is often used topically to help the skin heal from small wounds or burns. According to specialists, these effects of the plant are due to its moisturizing effect but also to its antioxidant and anti-inflammatory properties of the plant.

Another known use on the skin is as part of the fight against acne. Research on this subject has not yet provided any evidence to support this use of the plant. But many people swear by its ability to fight acne. It is believed that the ability to work against acne actually depends on the condition that is causing the skin problems. Kokum butter has significant moisturizing amounts. Although it is an oily substance, it does not clog the pores, allowing it to act on the skin without causing further irritation. So, in the event that acne is the result of a reaction of the skin against dehydration or against the frequent use of cosmetic products that tend to clog the pores, the butter of this plant can well remedy this type. of skin problem. 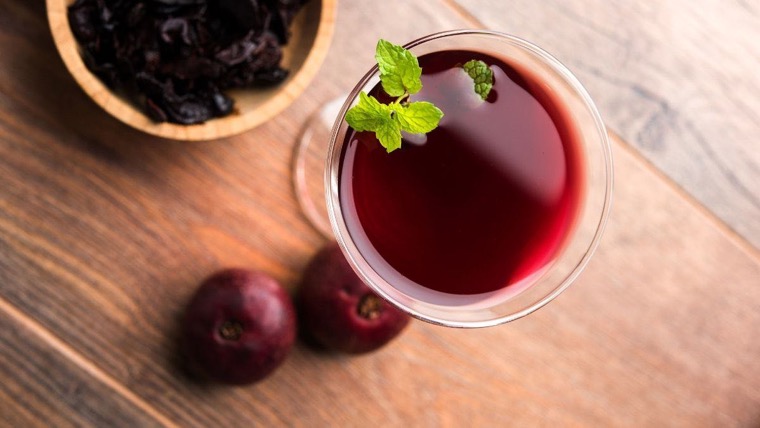 Fruits and kokum butter can also be used for culinary preparations. Kokum contains B complex, vitamins like niacin, thiamine, and folic acid. The fruits of the tree are also rich in vitamin C and are a good source of magnesium and potassium.

In cooking, kokum fruits are used to make drinks. The bright, fresh red fruits are mixed with sugar. The resulting product is bottled and offered as a beverage base. Colum syrup is diluted with water and used as a refreshing drink.

Most kokum fruits are sold dried. They have the appearance of dried bark of dark purple color to black color and are sticky to the touch. When added to food, they give it a pinkish-purple color and a bittersweet taste. They are often used as additions to soups, for fish dishes and vegetable dishes.

What are the benefits and applications of kokum? 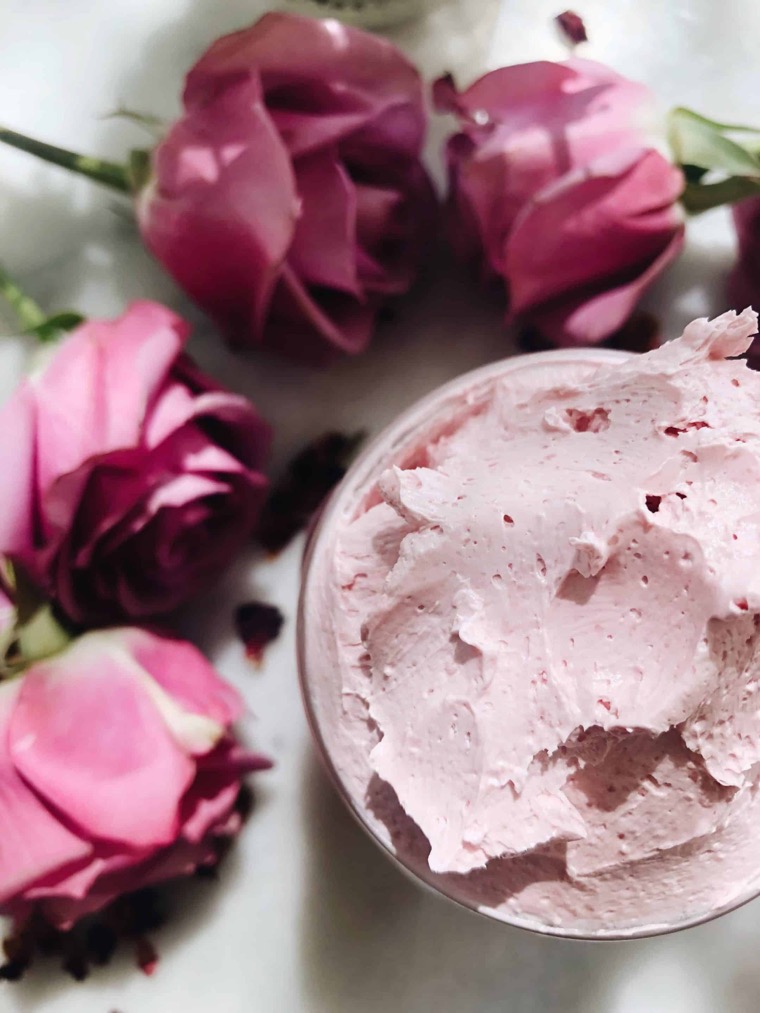 Nature has given us with different plants that bear fruit and some of them are suitable for extracting precious oils. Kokum oil is one of them. Grown mainly in the tropics of India, the trees possess fruits whose seeds have various culinary and cosmetic applications.

The appearance of the plant is not attractive, especially when it is in a dry form. It tastes light and sweet. Outside of India, it is a little known plant. In other countries of the world, it is better known in the form of oil or butter. It is important to know that this product has almost the same healing properties as shea butter or cocoa butter. 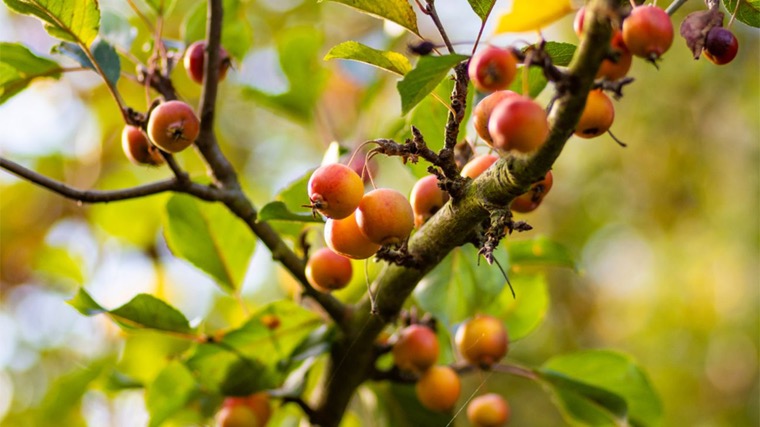 Traditional Ayurvedic medicine has known and used kokum for hundreds of years. In this context, the use of the plant is recommended as a means of protection against overecation, as well as for weight loss.

In fact, the benefits of kokum are numerous: Eastern peoples also use it to treat inflammation and prevent infections, to improve digestion, diarrhea and constipation, and to relieve joint pain or to fight against rheumatoid arthritis.

In folk medicine, the exotic plant can also be taken against rashes, and also in ear infections.

According to some studies by Thai scientists, it is claimed that kokum together with turmeric have anticancer effect. Either way, the plant is definitely a strong antioxidant. 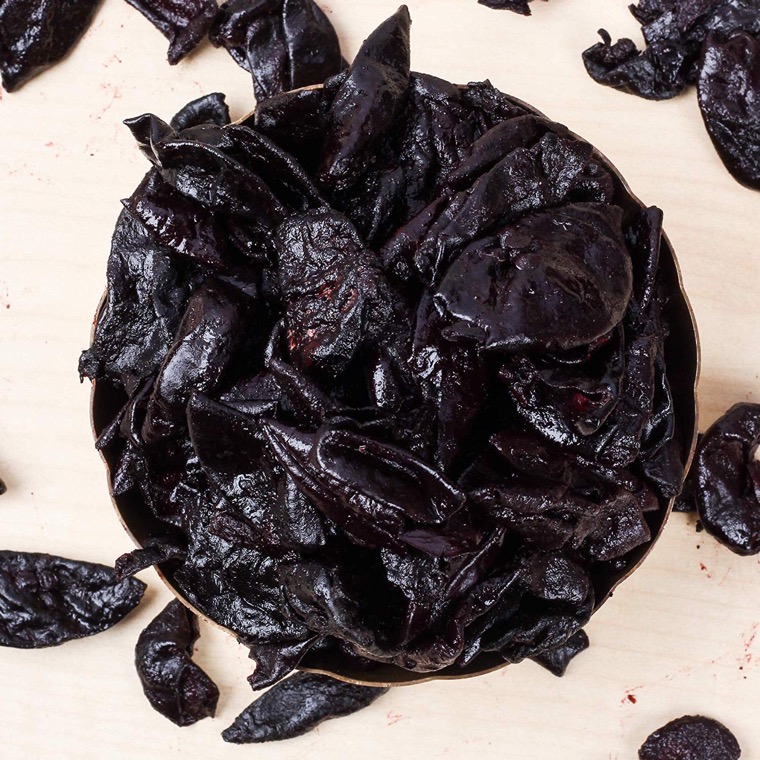 In care for the skin and for the hair

In terms of skin and hair care, the oil or butter of the plant is prized to be able to restore moisture to the skin. It is also used as a moisturizer for the hair and the scalp, in particular for dry skin.

The oil or butter of the plant has a softening effect. It nourishes the skin in depth. It can be applied to the skin of the face and body, to the hair but also to the scalp.

Unlike other similar types of vegetable oils with a dense texture, it does not leave a feeling of heaviness on the skin, does not flatten the hair. One of its advantages is that it is easily absorbed without leaving unwanted oil residues. This is the case when it is applied to the skin but also to the hair. 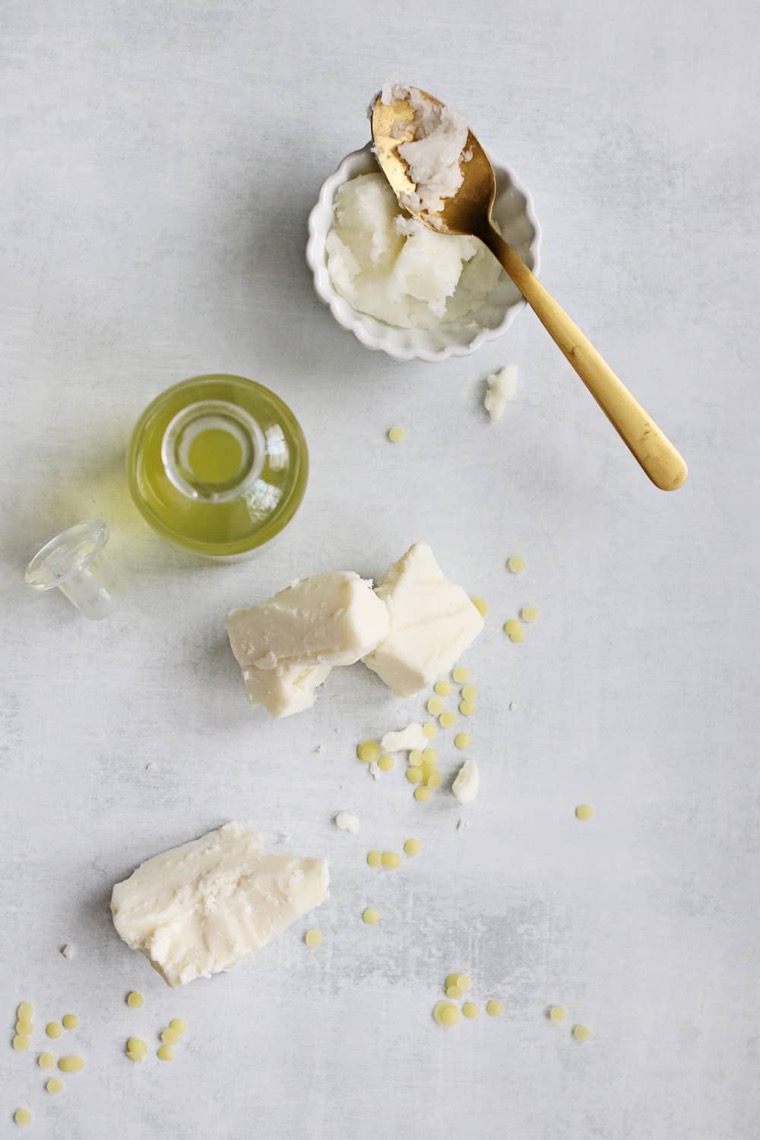 The oil from the exotic plant is rich in fatty acids, such as omega-3 and omega-6, which help the body maintain healthy membranes of skin cells, thus reducing the risk of damage. The oil is also well known for its ability to regenerate skin cells and acts anti-inflammatory. It is an excellent treatment for dry lips and cracked heels and has a beneficial effect in sensitive skin.

The combination of hydrating and regenerating skin cells and the antioxidant properties of the oil makes it an excellent natural treatment in the fight against the visible signs of aging, such as wrinkles, skin discoloration, dehydration and damage caused. by the environment.

Vitamin E oil is a powerful antioxidant. It also contains vitamins and acts against free radicals.