How beautiful to wear a scarf – fashion ideas for inspiration

A silk scarf square (from the French carre – “square”) has long become a recognizable symbol of status and style. 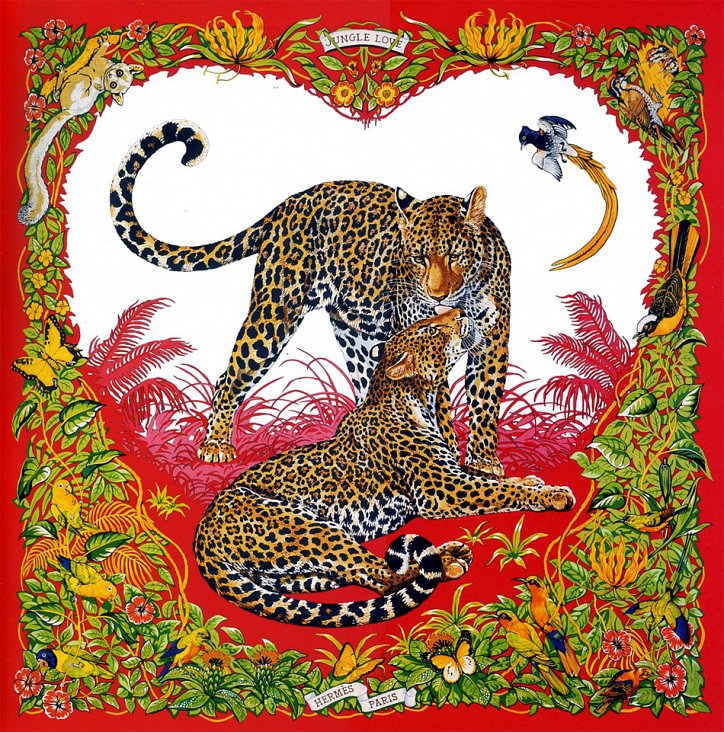 The popularization of this fashion accessory began in 1937, when the very first square scarf was created by the French brand Hermès. Imported silk proved to be much stronger than the fabrics available at the time, and silk scarves became popular very quickly. Subsequently, Hermès products became, and still are, one of the most coveted accessories for fashionistas from all over the world. 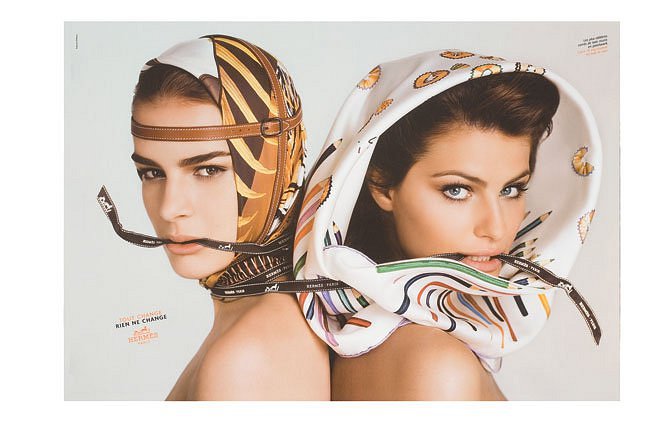 It became clear to everyone that the headscarf is a real must-have when celebrities and popular personalities began to wear it. Elizabeth II, Audrey Hepburn, Catherine Deneuve, Brigitte Bardot, Jackie Kennedy and Grace Kelly are just a few of the silk kerchief fans who skillfully added it to their looks. 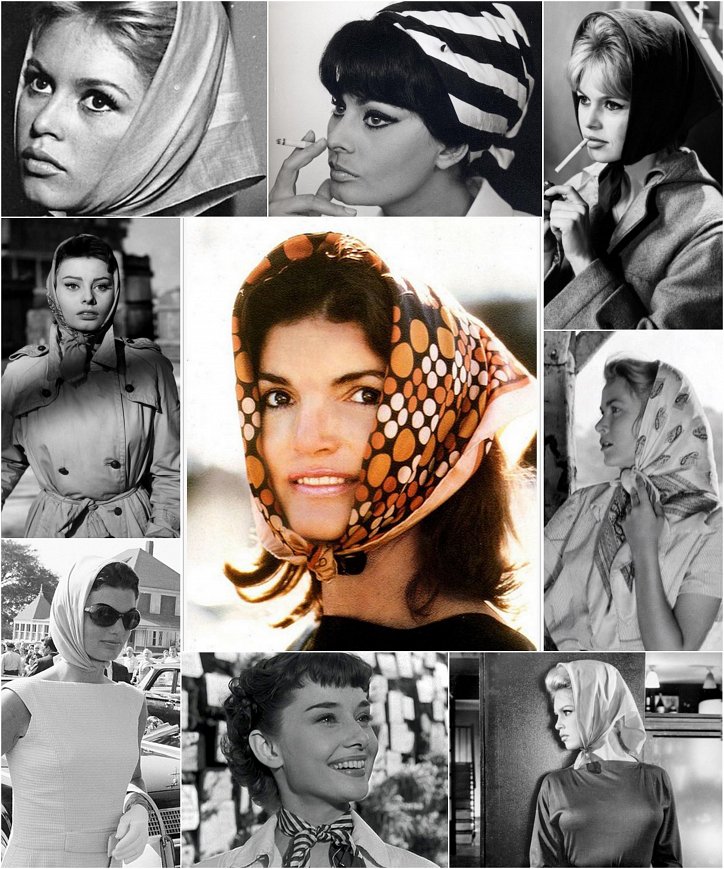 Shawls were worn not only in the traditional way (on the head or neck), they began to be tied in all sorts of ways. Hippies, for example, tied a scarf around their belt or decorated their wrist with it instead of a bracelet. The most daring girls twisted a scarf into a turban, striking with their sense of style.

How fashionable to wear a headscarf in 2021

How to diversify your look with a scarf this season?

Firstly, you can safely wear a scarf in your hair: tie it on a ponytail or weave it into a braid. You can also tie your hair into a bun by carefully tying it with a scarf. 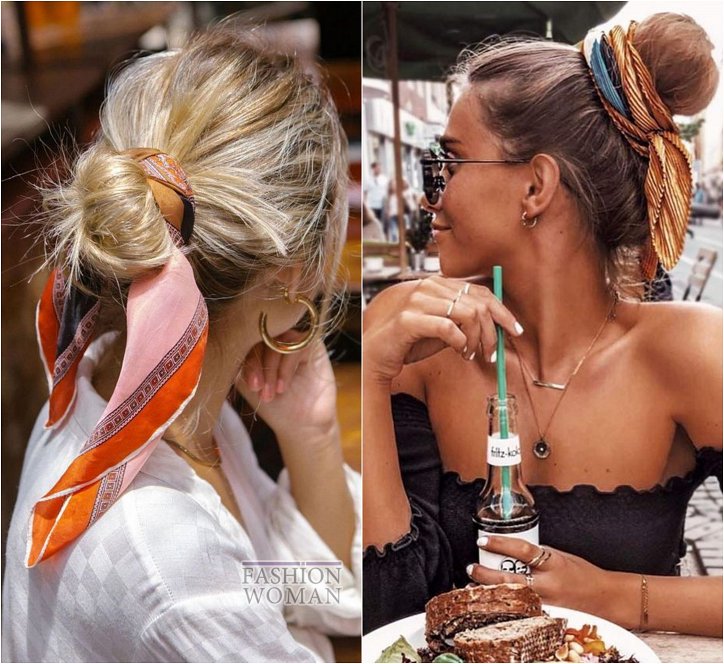 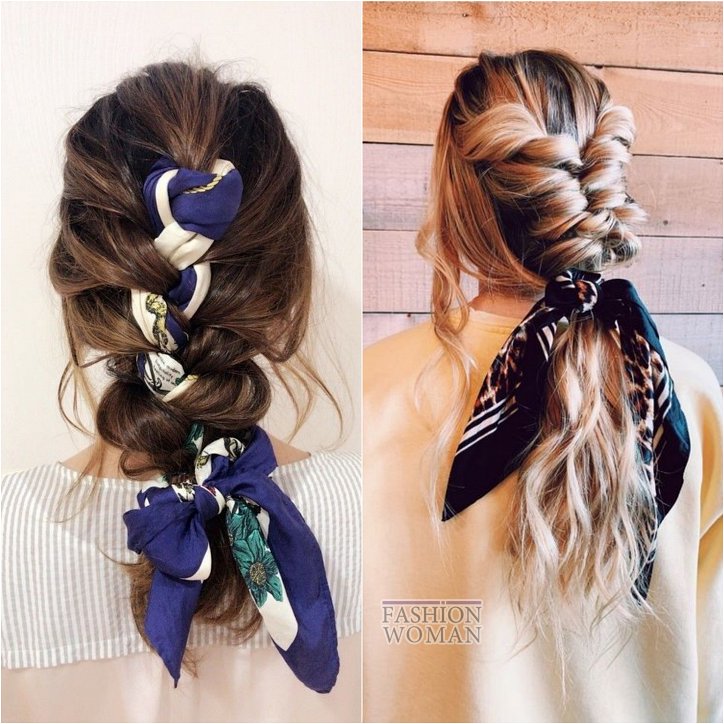 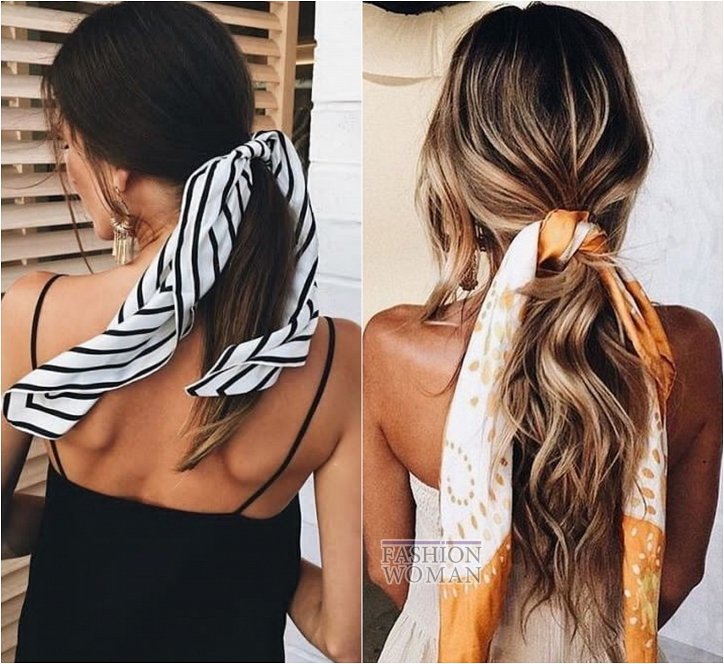 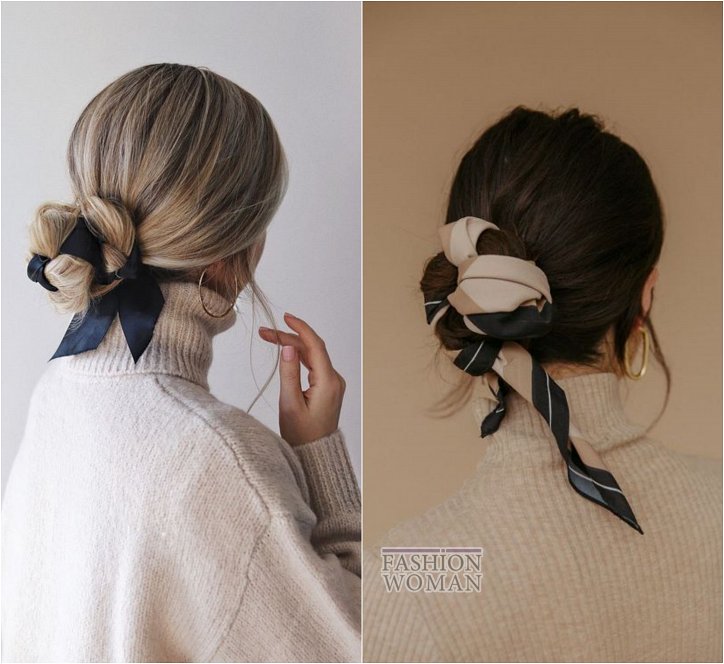 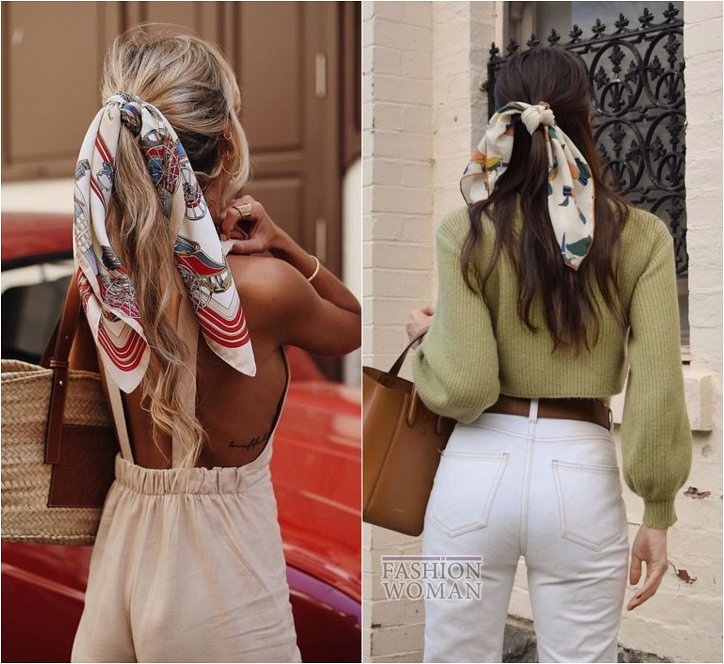 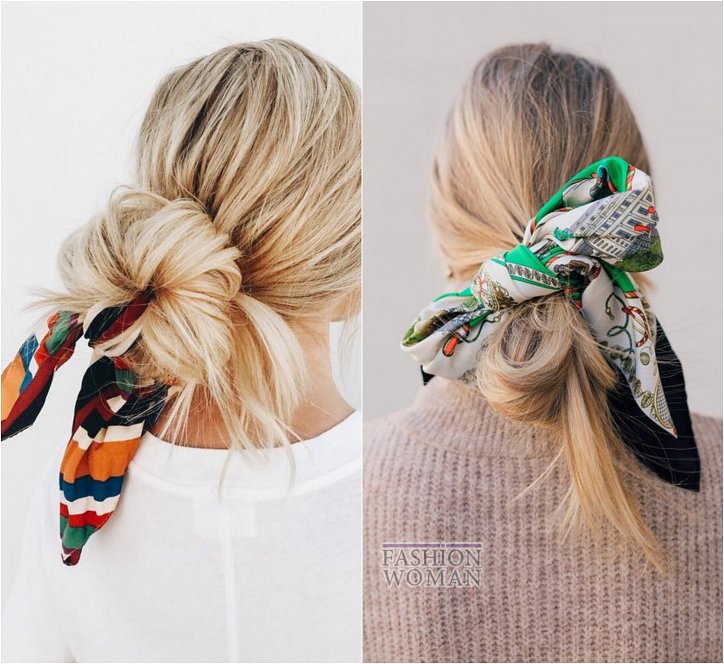 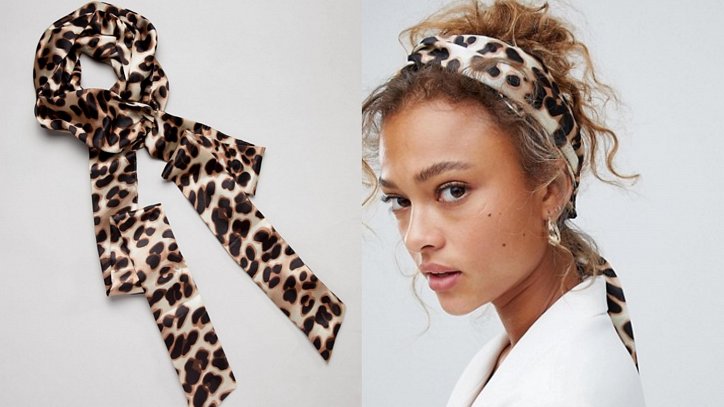 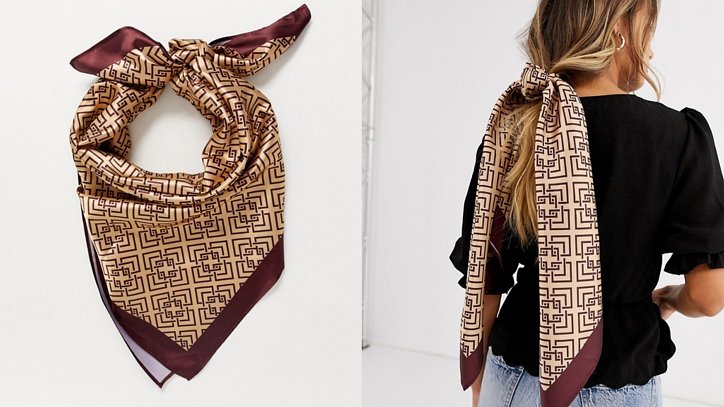 Tie a scarf over your head, as Audrey did in the legendary Breakfast at Tiffany’s. Add sunglasses to your look and you automatically become a Hollywood star! 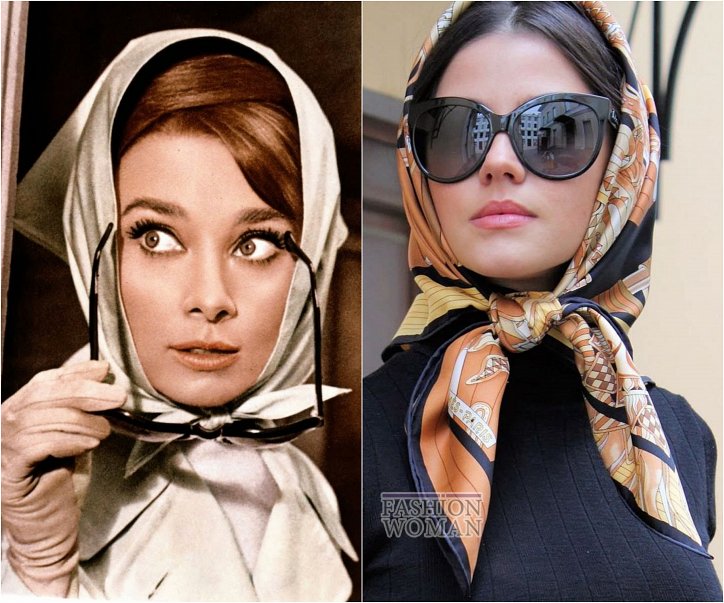 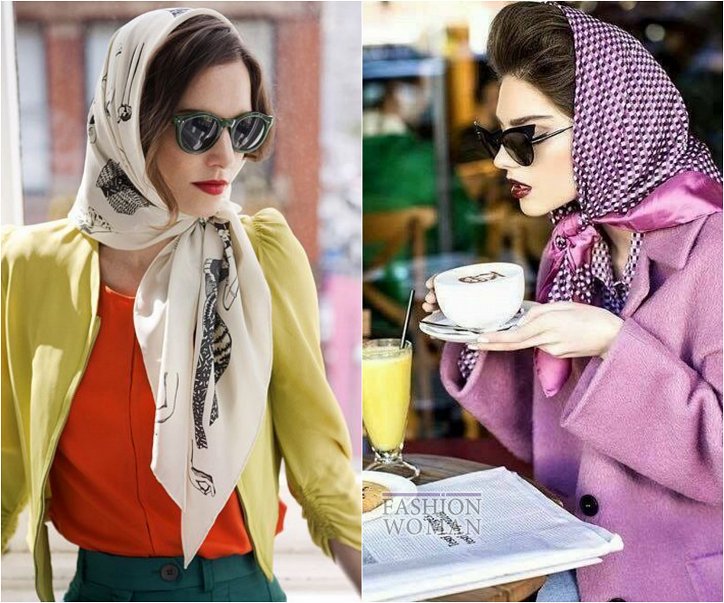 Fashion ideas on how to wear a scarf on your head

An interesting and not trivial way to introduce a silk scarf into your image is to wrap it around your wrist and tie a bow. 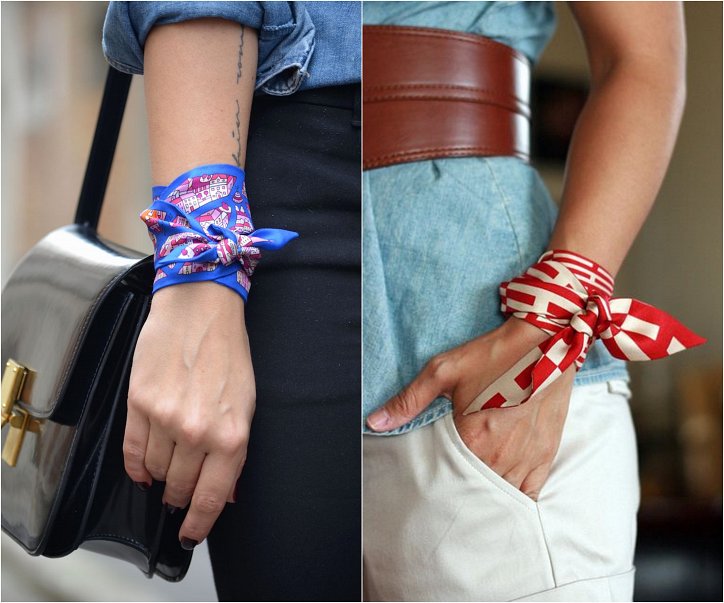 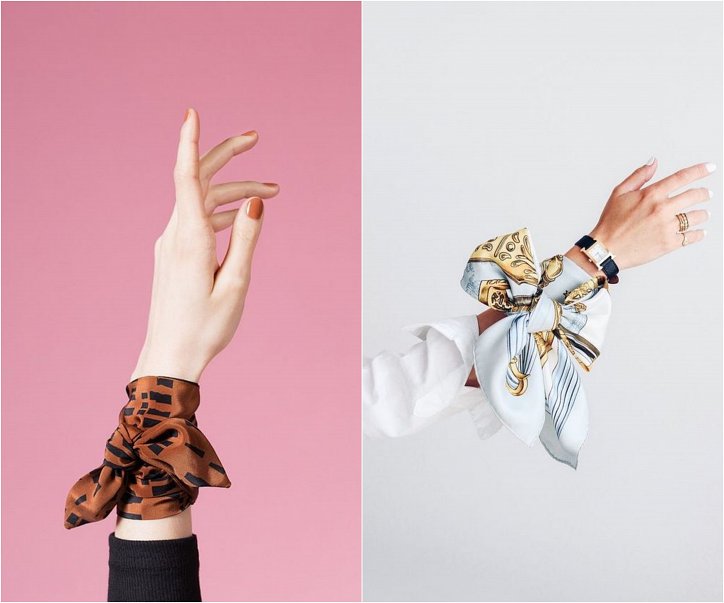 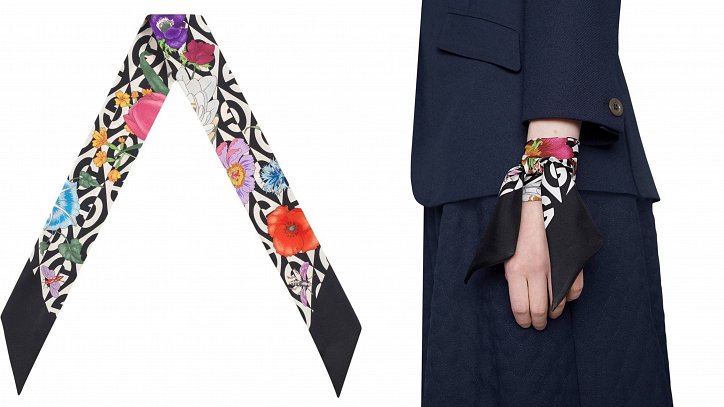 Just throw a scarf over a sweater, jacket or coat, gird yourself with a belt, and you seem to have just stepped off the catwalk. Designers use this technique to add stylish accents to the look. 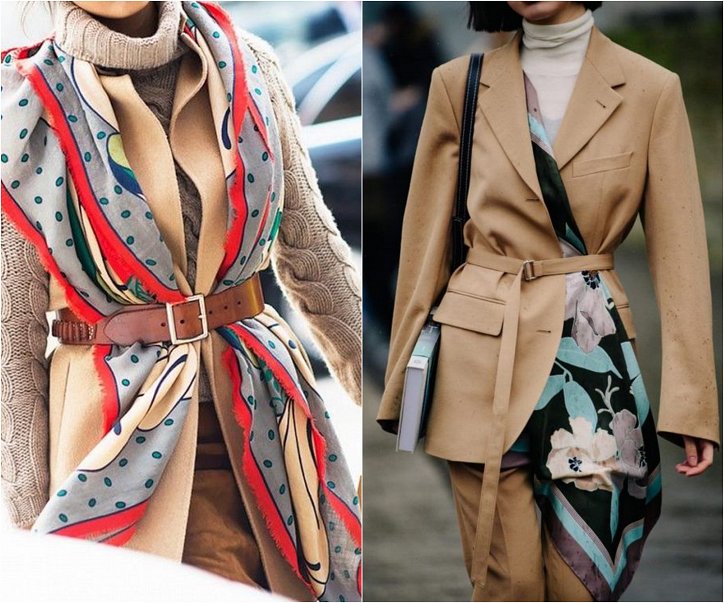 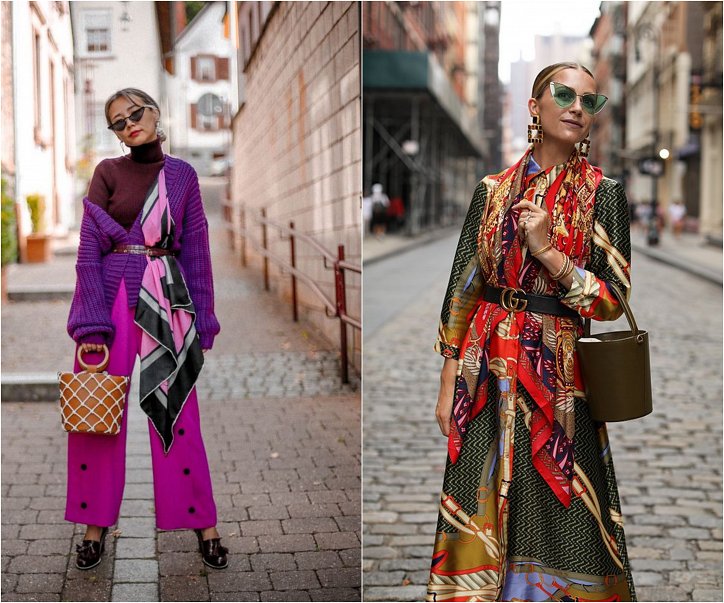 A silk scarf can update your everyday bag – just tie it around the handle. 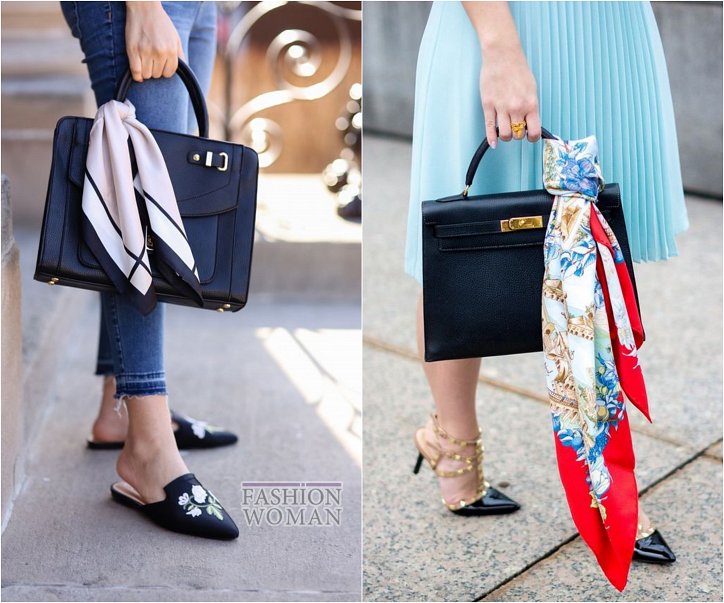 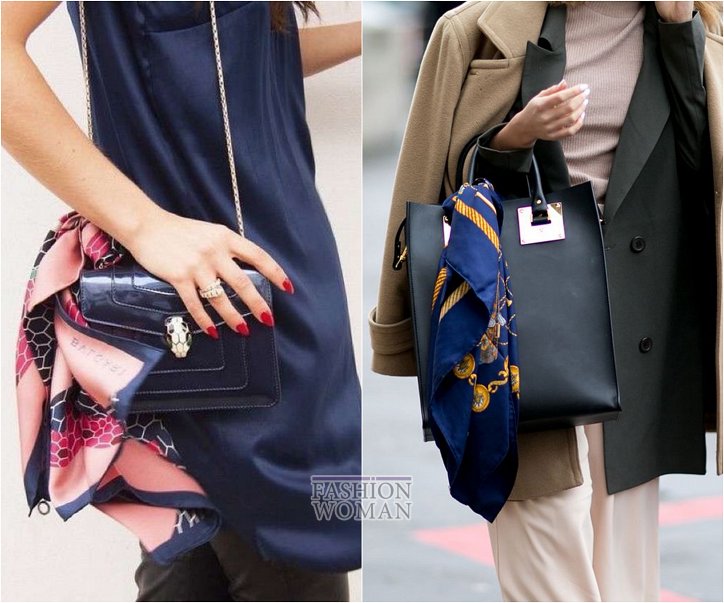 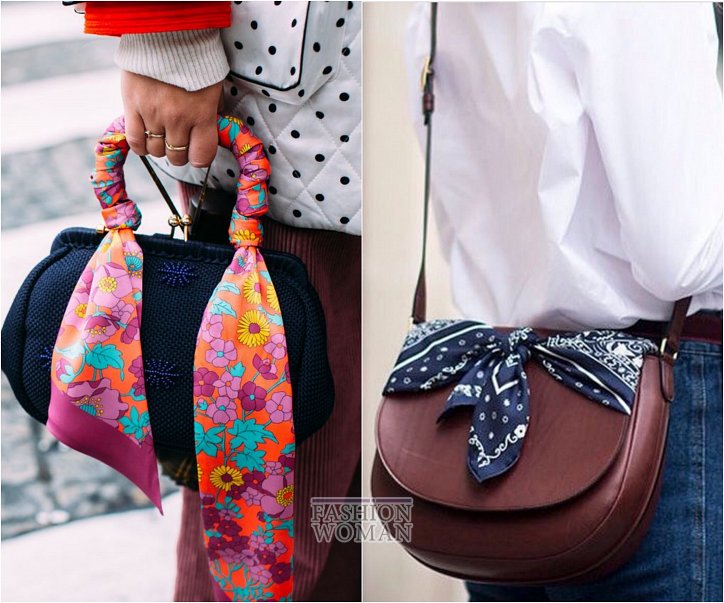 No one expects to see a scarf on your ankle – surprise those around you! 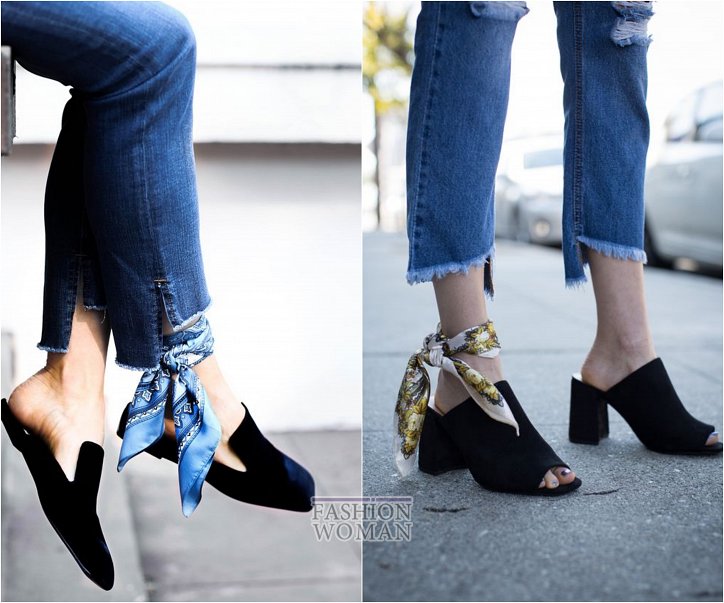 After all, wear a scarf around your neck, it’s a timeless classic! 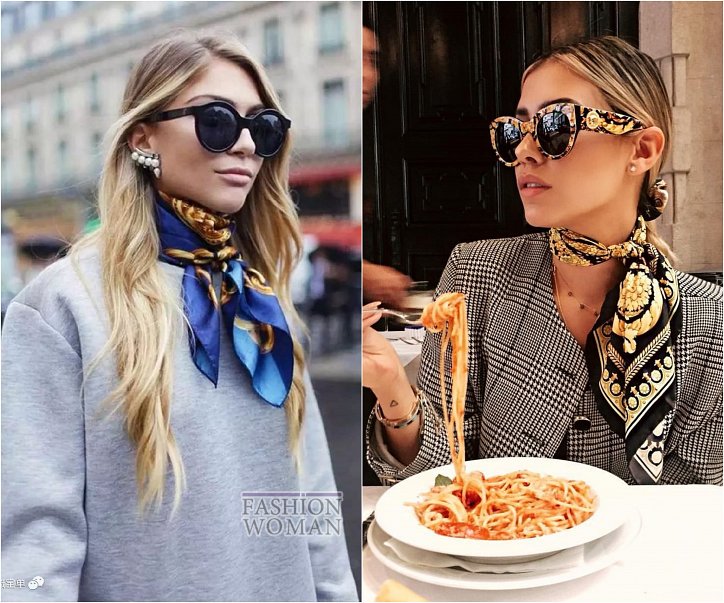 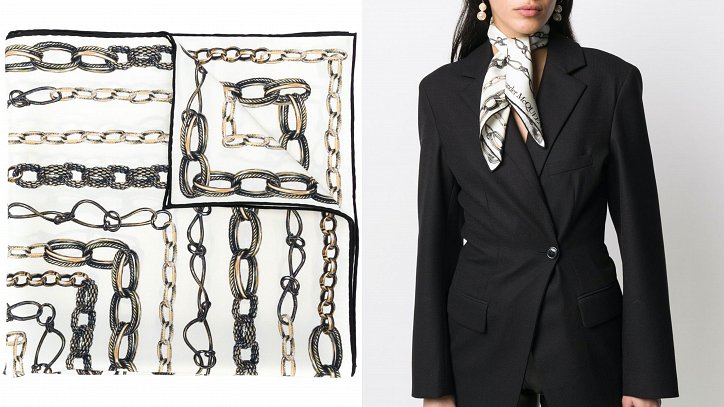 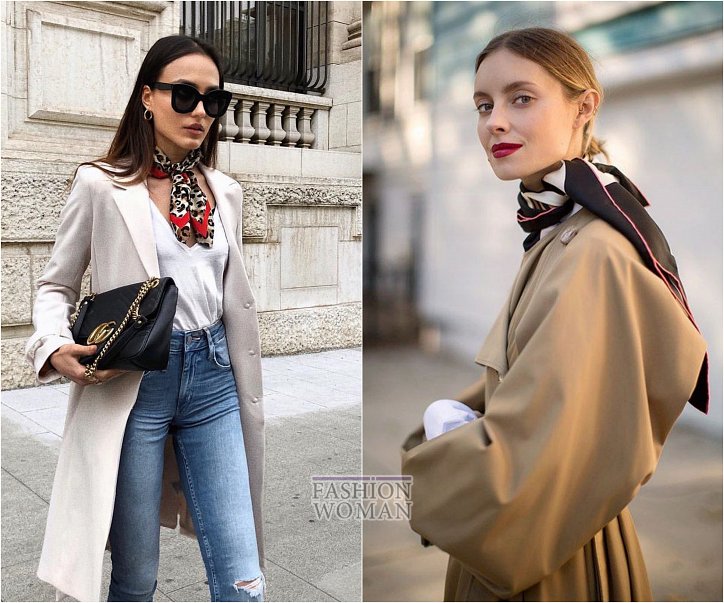 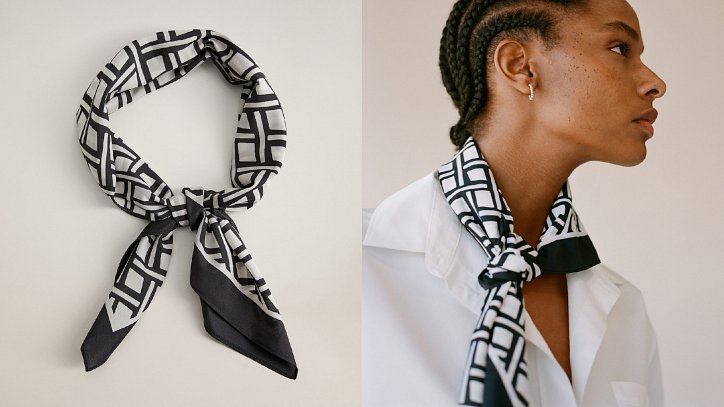 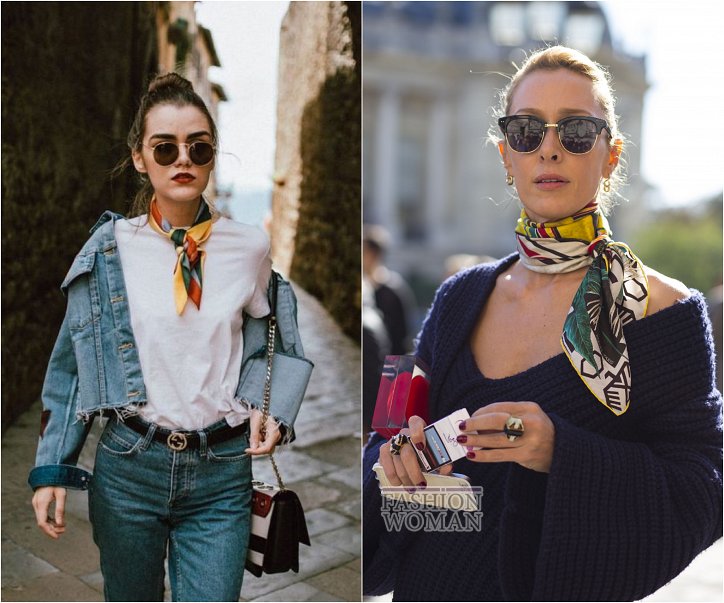 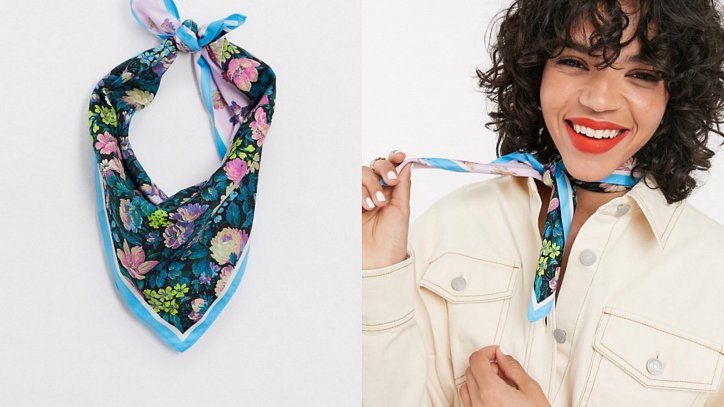 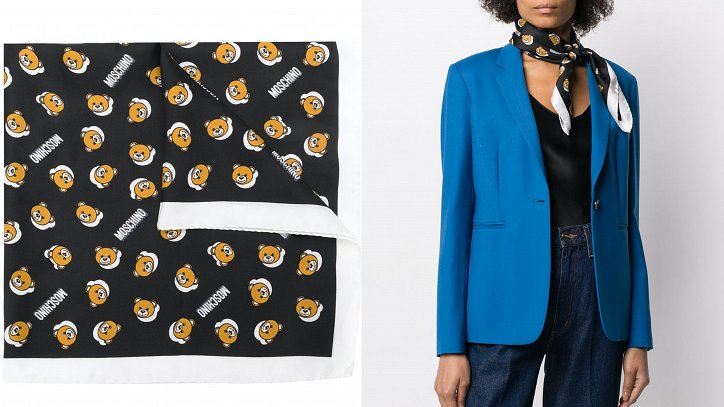 The article was prepared by stylist Natalya Dobrokvashina.
Instagram – natalie_dobro