Trends : the woman and man dress style of this summer

Hippie chic, the perfect look and style for a hot day in the city this summer 2020, the year of the release of a new album by Abba! American luxury hotels and especially Thompson Miami Beach also prefer to bring this hippy chic style this summer.

200 years of Boho fashion already! The bohemian style has been, for over 200 years, an exotic alternative to the accepted fashions of a given period. Bohemian culture is generally associated with artists, writers and intellectuals. It incorporates various styles of clothing from around the world. So it incorporates historical costumes. 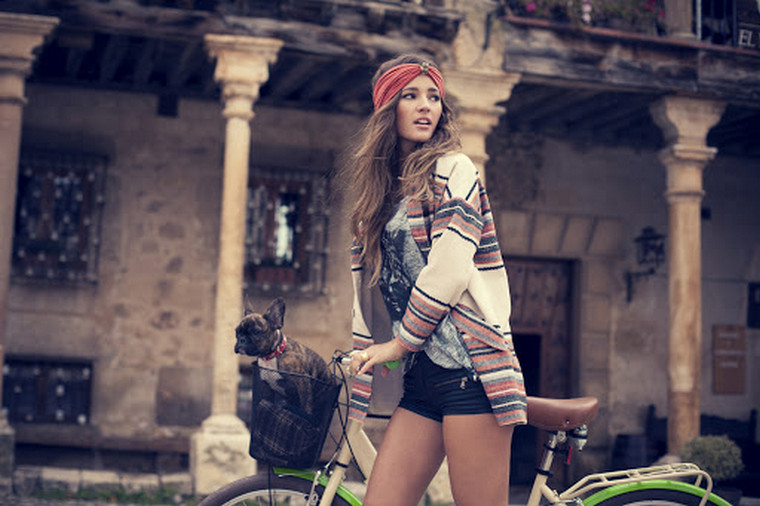 This style consists of loose and colorful clothes. It was known as boho chic or hippie chic style. The chic consists in particular of aesthetic dresses. With their long flowing hair and their rich, although worn fabrics, the bohemians stand out in a crowd. Thus, they represent a colorful counter-culture based on creativity, poverty and an indifference to social structures and traditions.

Origin of the bohemian style and the hippie style

Bohemians, as a counter-culture, appeared in France after the French Revolution. Deprived of the old patronage system, where wealthy clients supported the arts, artists were plunged into poverty. Many adopted a nomadic lifestyle. They lived at low prices and wore worn, old-fashioned or used clothing. 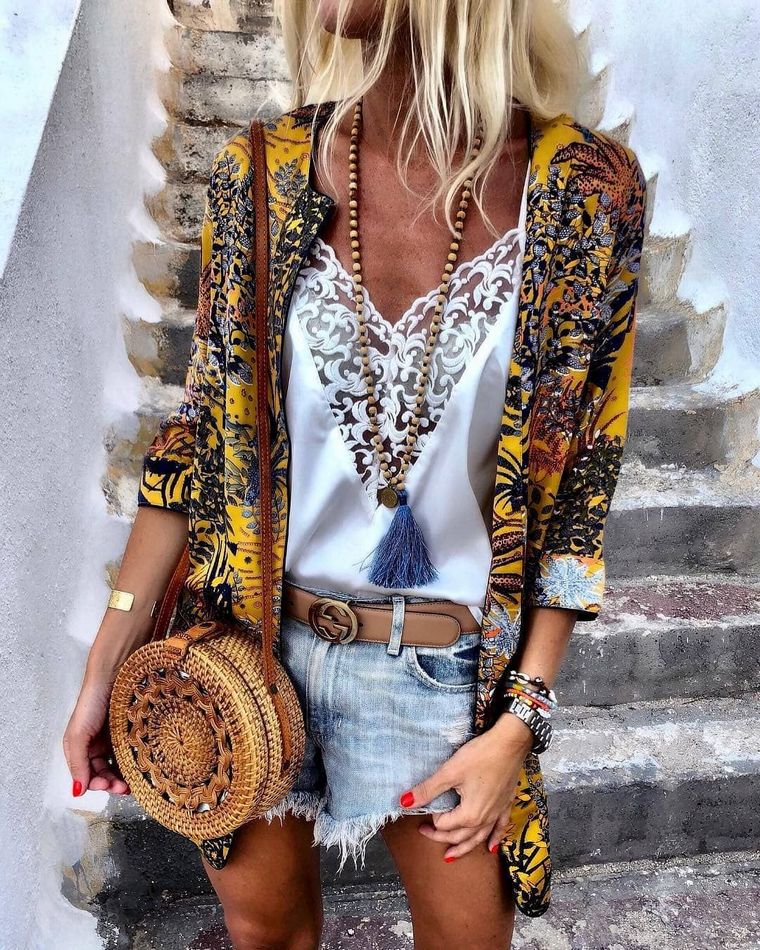 In the past, an artist was considered a skilled and talented craftsman. But the romantic movement of the end of the 18th century rejected the limits of bourgeois life. He also rejected the past importance given to reason to embrace the imagination. 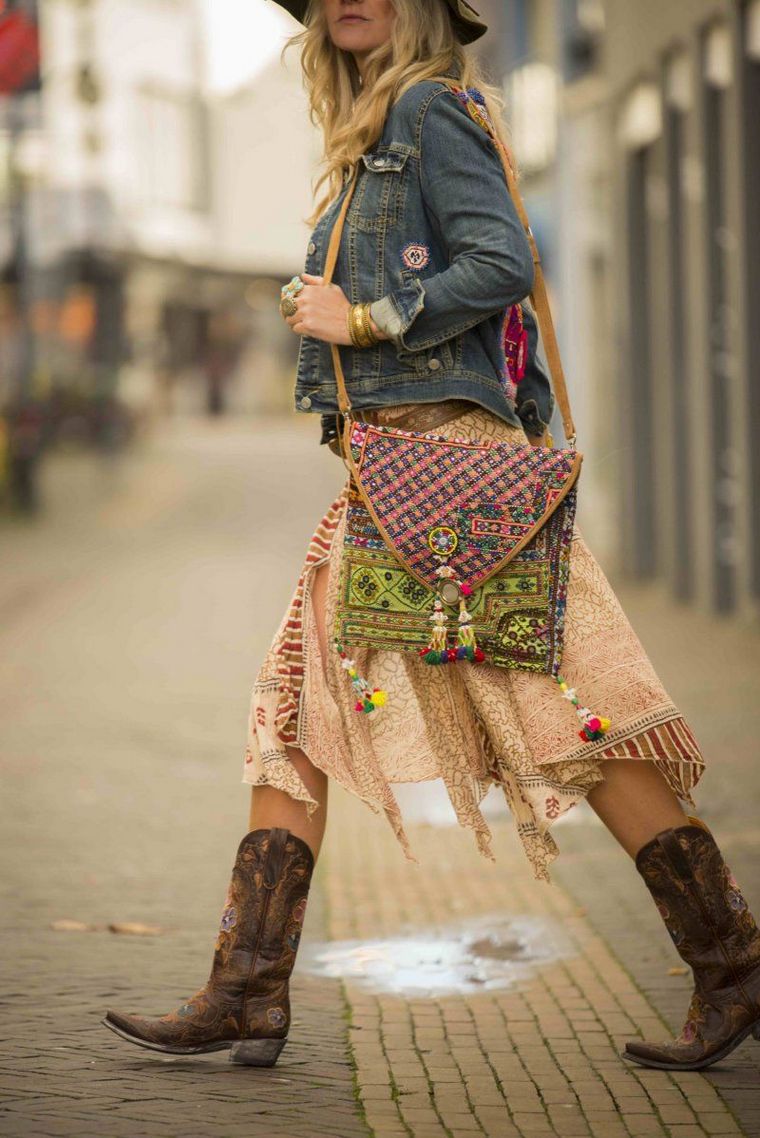 A new personality cult has emerged with the artist as heroes and individual styles expressed in the way we dress. The artist has become a special type of person. He is not only a craftsman, but a kind of eccentric genius whose creativity was manifested in his way of living and looking. The artist himself (or herself) was a work of art. 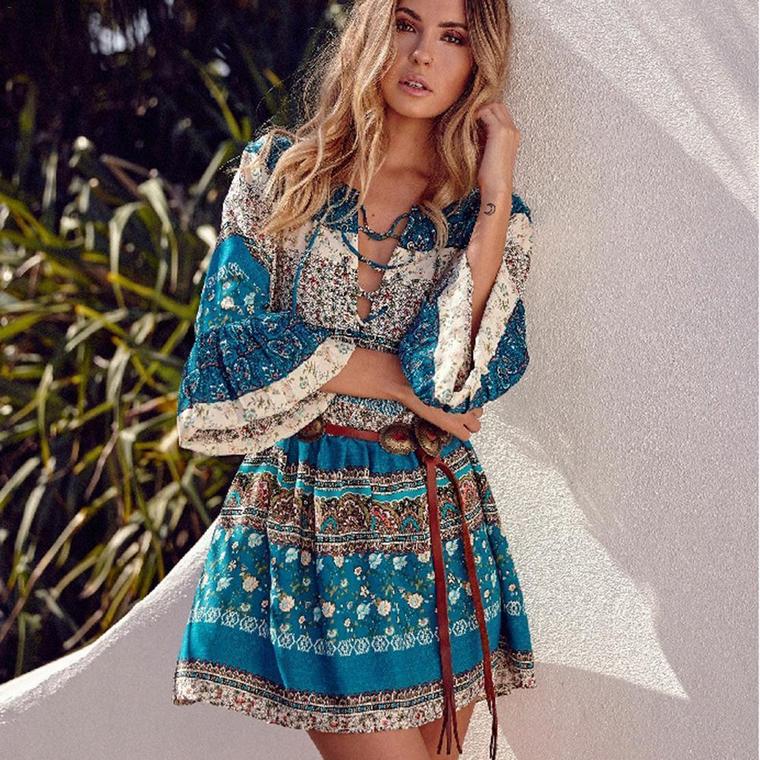 In the 1830s, the crowd of French bohemian art and the Romantics adopted medieval clothing styles. These styles were characterized with their colorful fabrics, their long hair and their wide-brimmed hats. The novelist Henri Murger wrote stories about the people he called bohemians. He focused on a group of artists and intellectuals wearing worn coats, old shoes, and a general appearance of disorder. 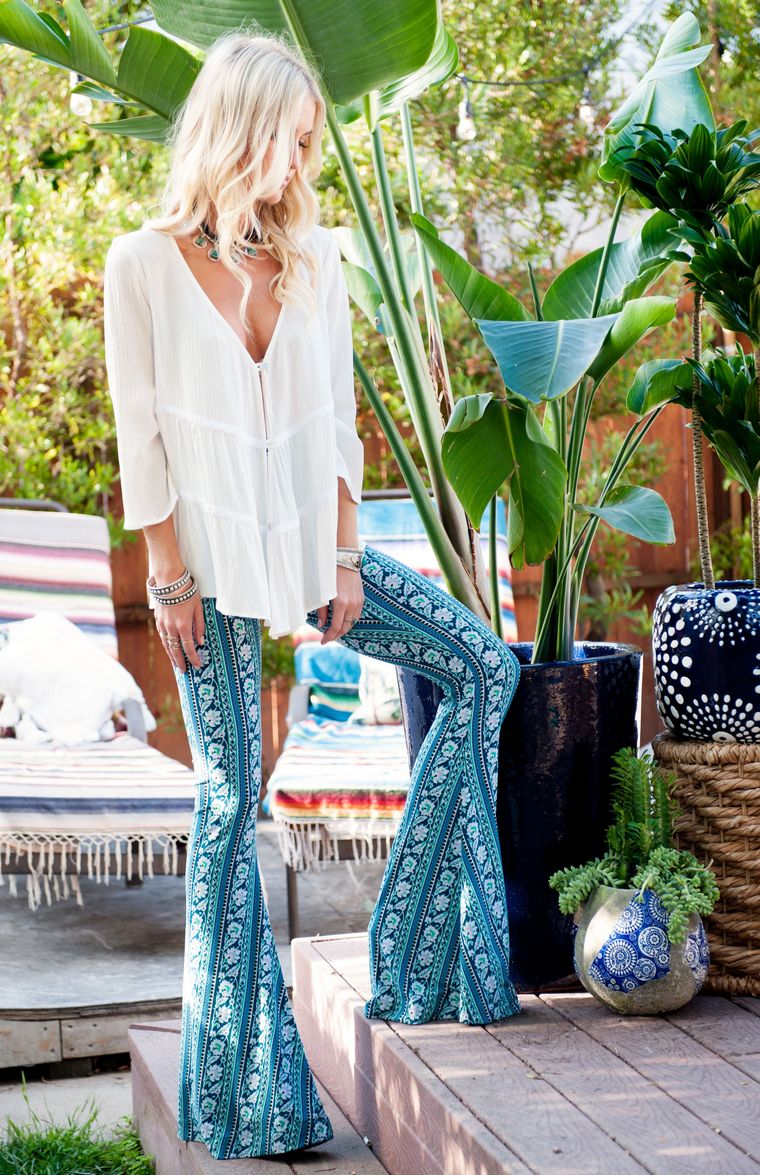 The style has evolved into a cult of the individual. The person whose appearance became a work of art wore carefully planned outfits and accessories.

In the 19th century, the aesthetic movement became a bohemian type of life. Aesthetics rebelled against rigid social constraints. These were left over from the Victorian era. This particular aesthetic has adopted a style based on clothing from the past. 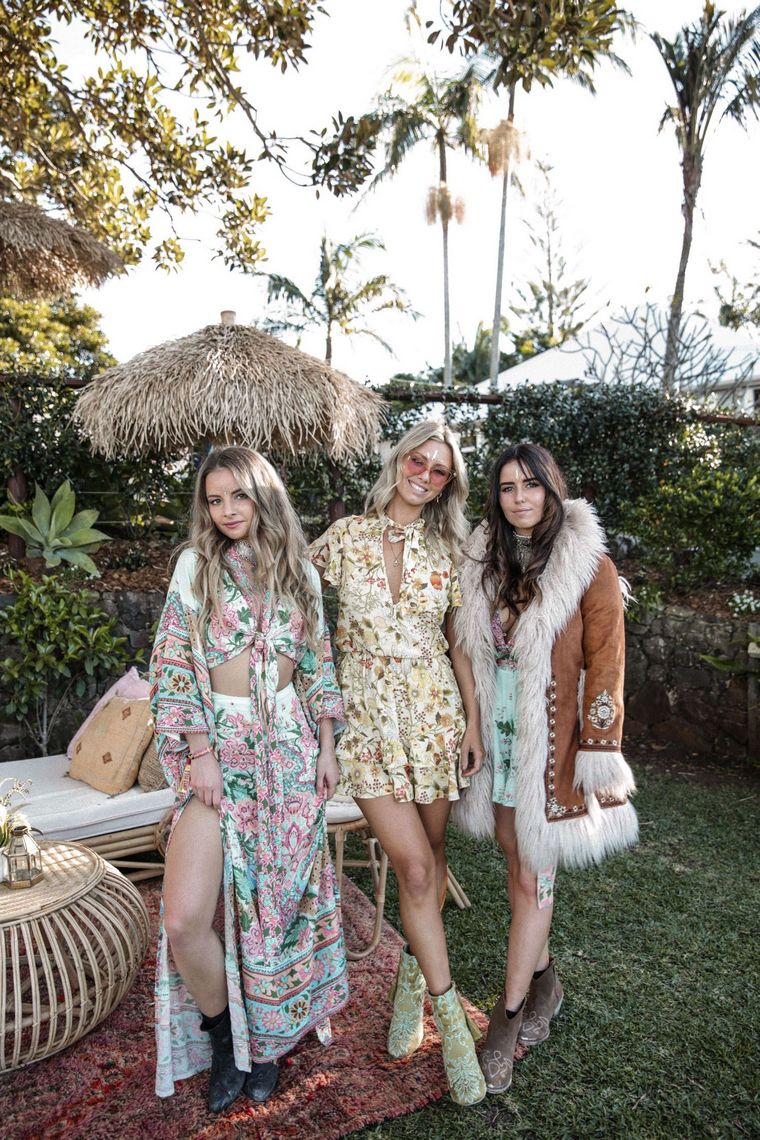 Believing that the mass production of the industrial revolution was dehumanizing, the aesthetic tried to encourage the ancient techniques of the Middle Ages with artisanal products. The clothes were loose and soft. We used fabrics colored with organic dyes. The fabrics were decorated with hand embroidery. Pre-Raphaelite artists of the time rejected corsets, crinolines, stiff bodices, and restrictive Victorian clothing. 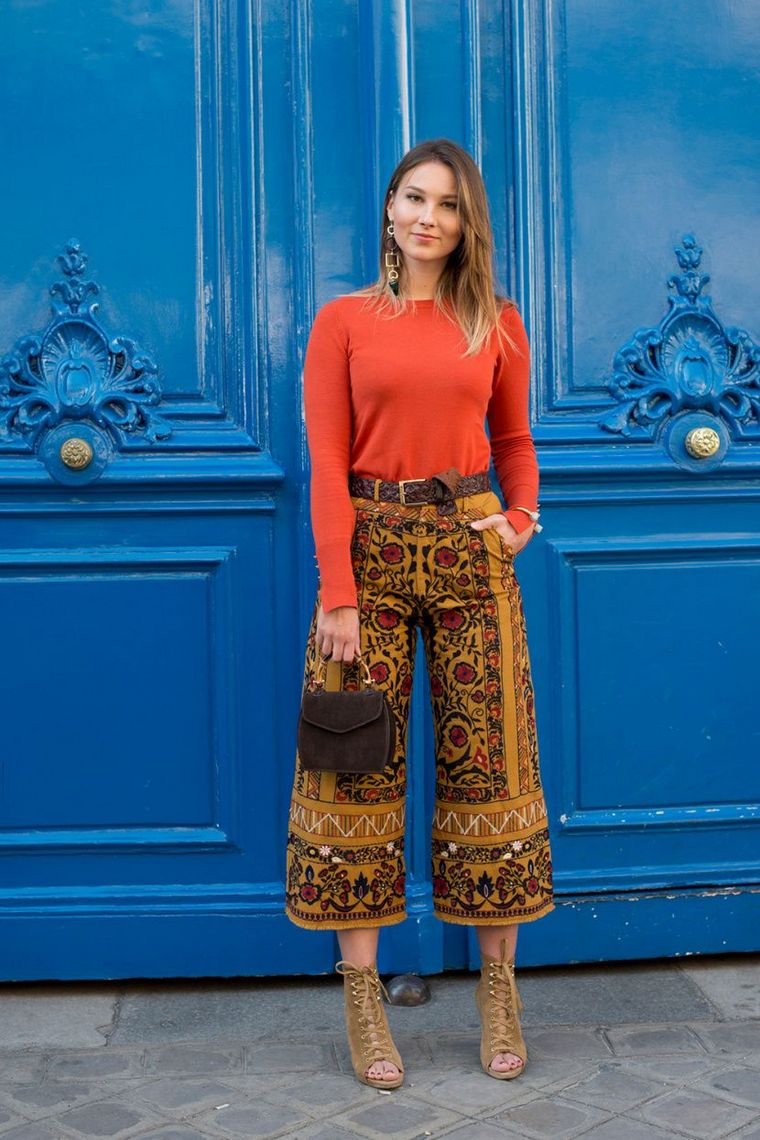 Bohemian style of the 20th century

Essentially unchanged for many years, the bohemian or hippie style ended up being associated with young people. Young people who hoped to distance themselves from the materialist culture of past generations. It has even given birth to more modern counterculture styles. The Beatniks, with their black turtlenecks and striped shirts, took on a more austere appearance. The hippies introduced a childhood note to the mix. They notably incorporated old western styles as well as short and feminine skirts. 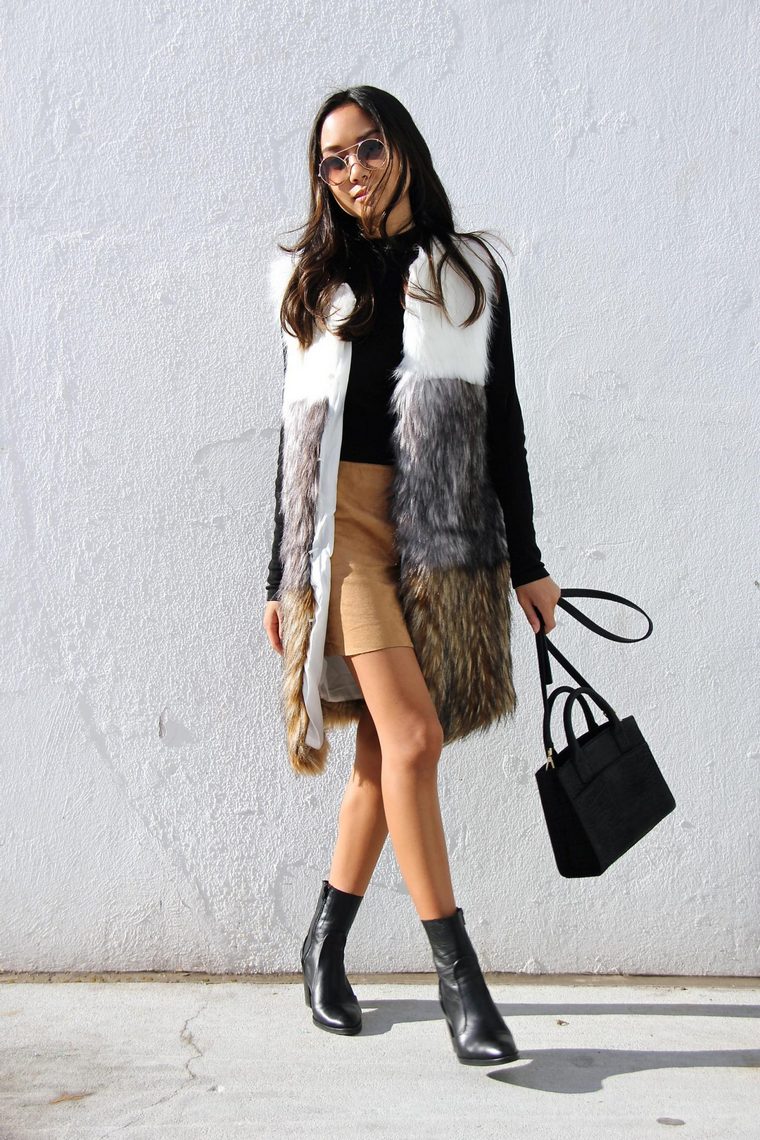 But since the mass media adopted the bohemian style, one wonders if the term is still viable. When a counterculture becomes widespread, style can no longer be considered as an alternative but as a current. If discount stores sell peasant skirts and fashion magazines offer bohemian clothes from expensive designers, the nature of lifestyle has become a cultural norm and is no longer unique or specific to a particular group. 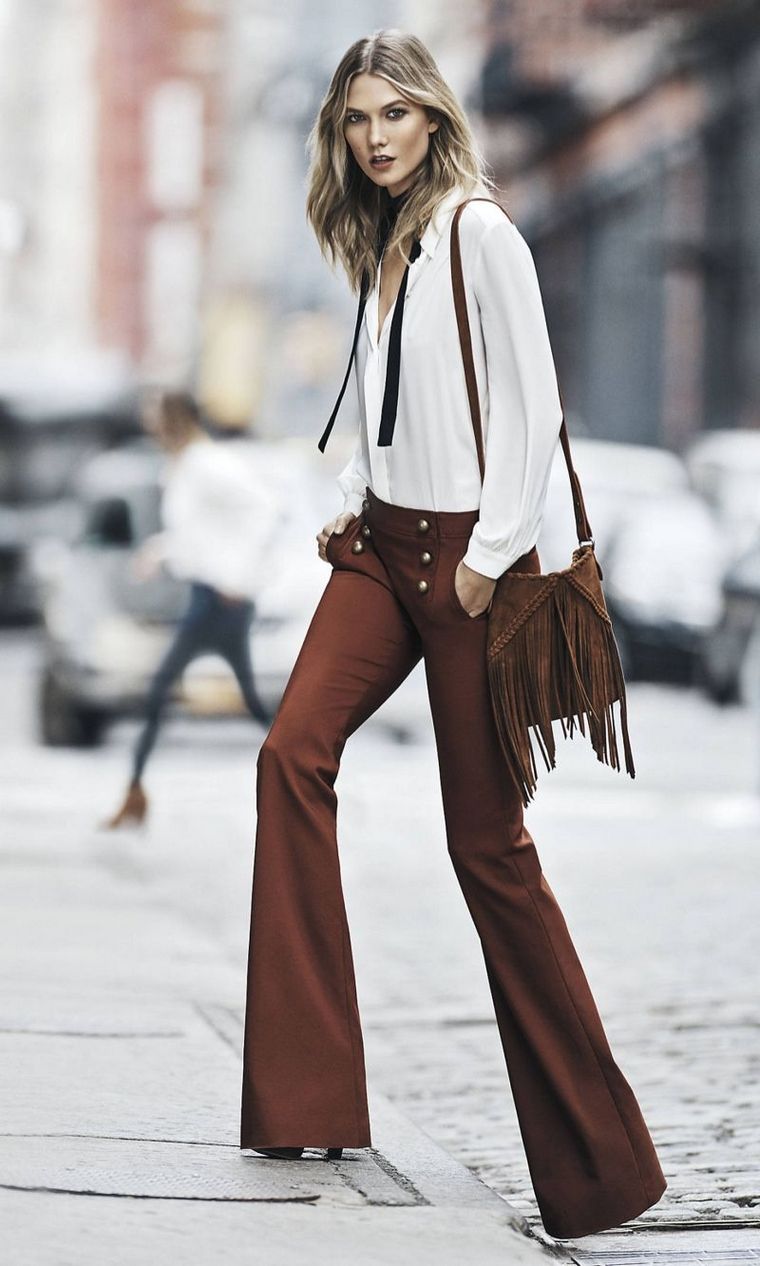 Although fashion often embraces boho chic and hippie chic, life itself – the desire for individual freedom, the rejection of modern materialist concepts, the dream of utopian ideals and the production of handcrafted products – remains a powerful alternative to the dominant culture. 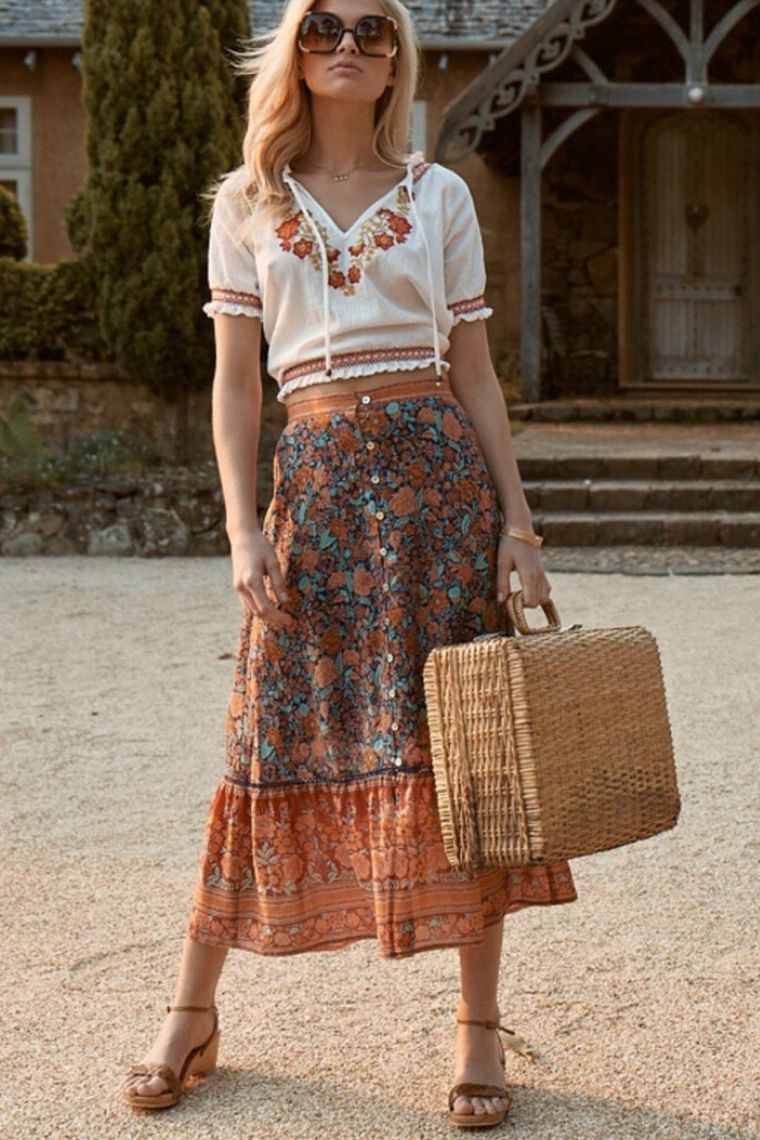 Bohemian style, or now more commonly known as boho / hippie chic, has gone down in history. It reappeared as a Beatnik style and in the hippie culture of the 1960s. This style generally consists of the following fashion elements. 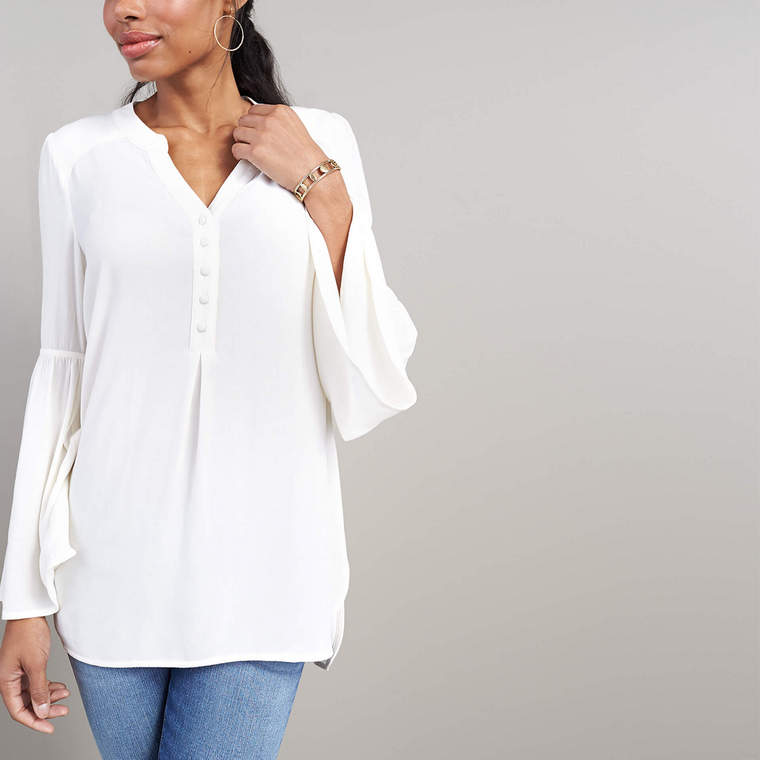 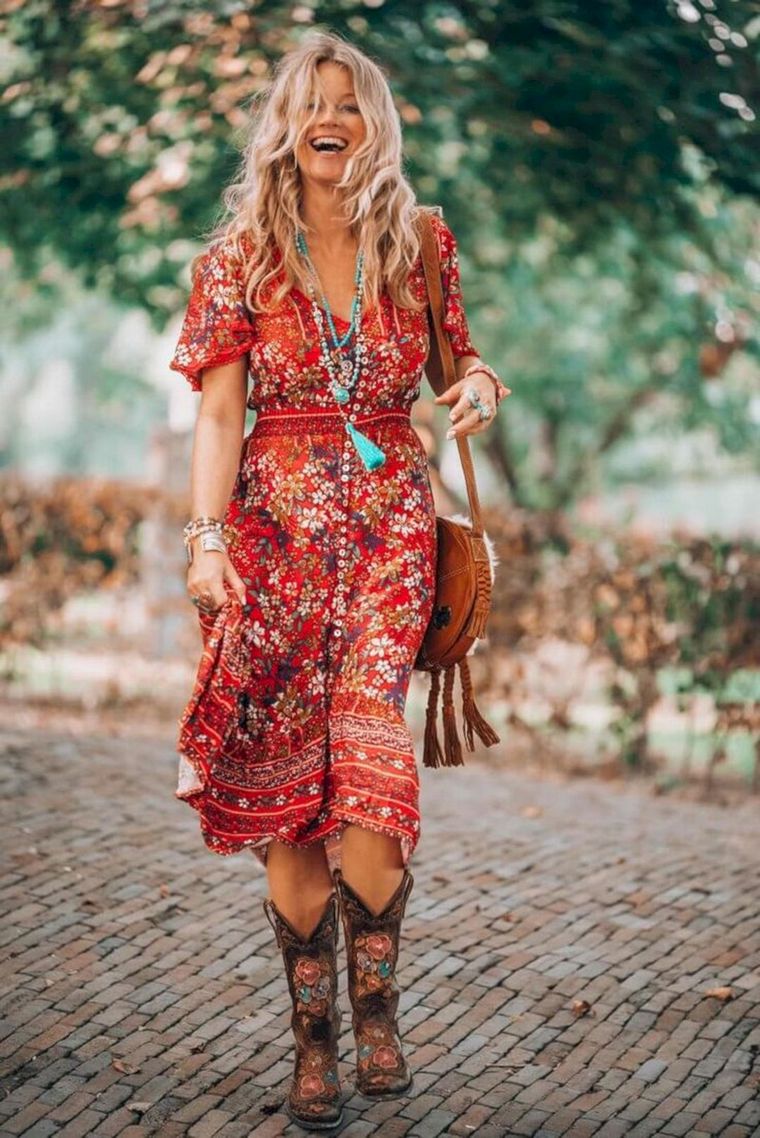 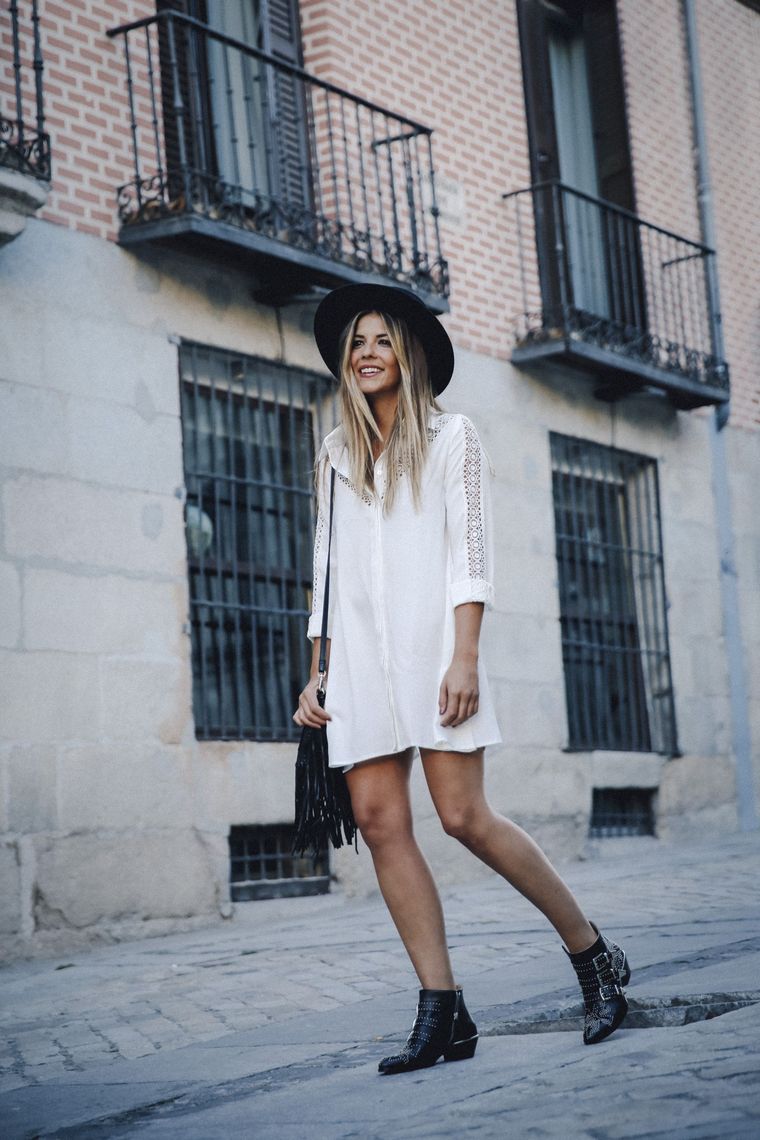 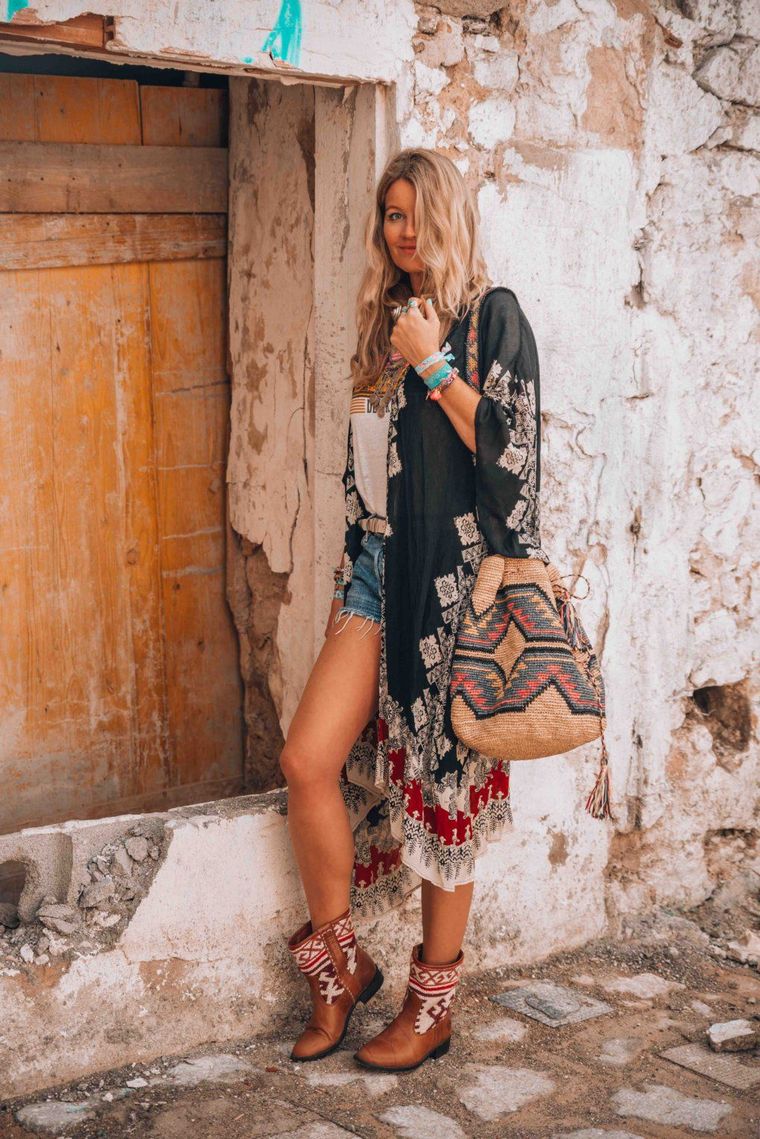 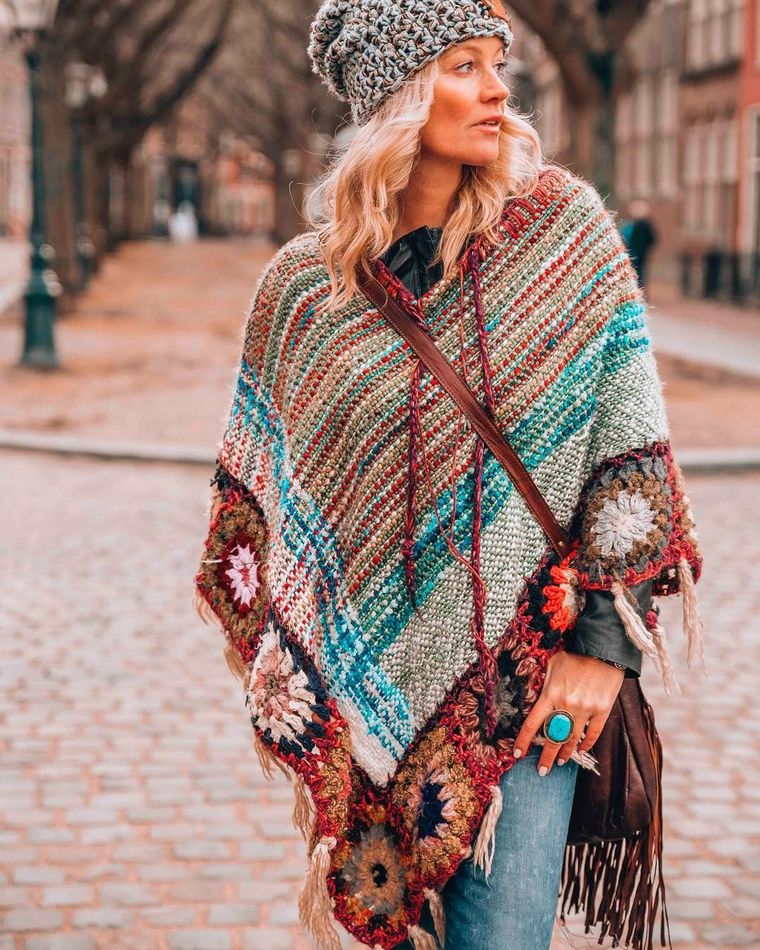 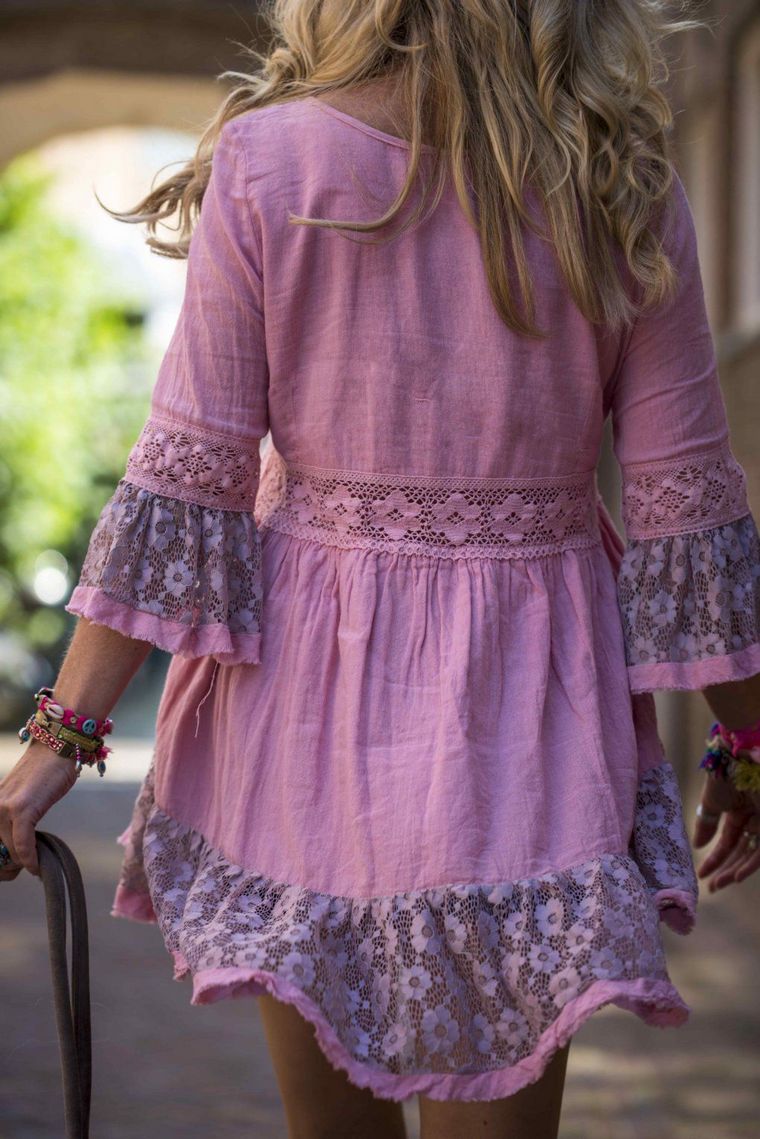 William and Jane Morris: William Morris was a designer who created alternative textiles for clothing and home decor. He was known for his involvement in liberal socialism, historical preservation and its ecological tendencies. Morris is known to be one of the first environmentalists. He also designed clothes for his wife, Jane Morris, who was a model. She became an icon of the aesthetic and arts and crafts movements in her loose medieval-style dresses and abundant long hair. 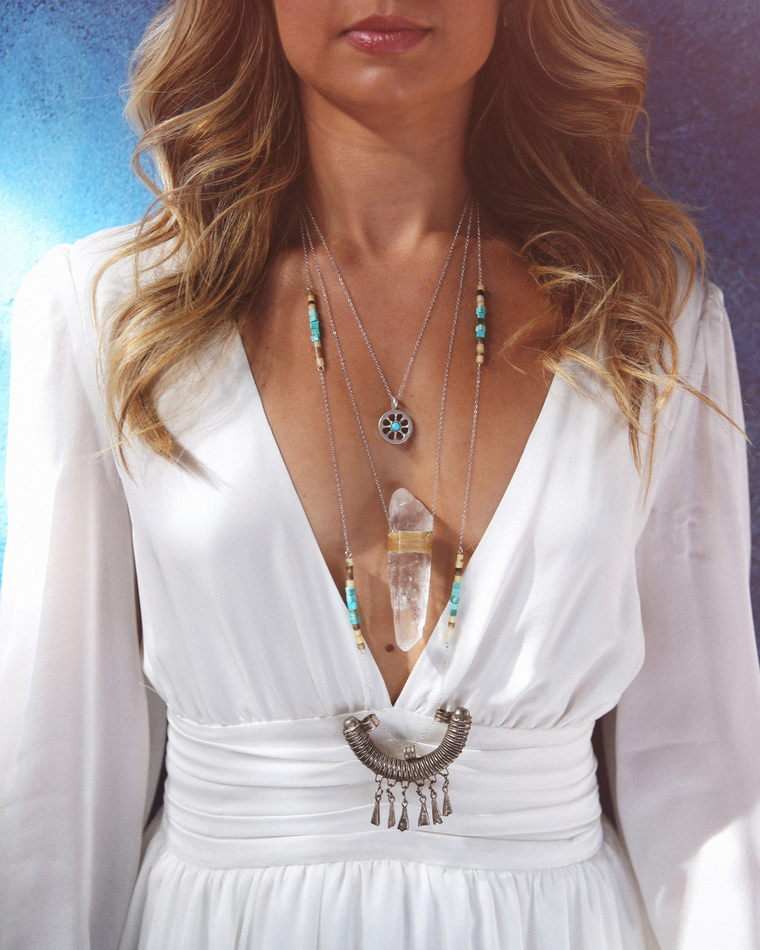 Dorelia McNeill: Dorelia was a role model for artists Gwen and Augustus John in the late 19th and early 20th centuries. Augustus painted it in long skirts and loose scarves while living in their personal utopia. 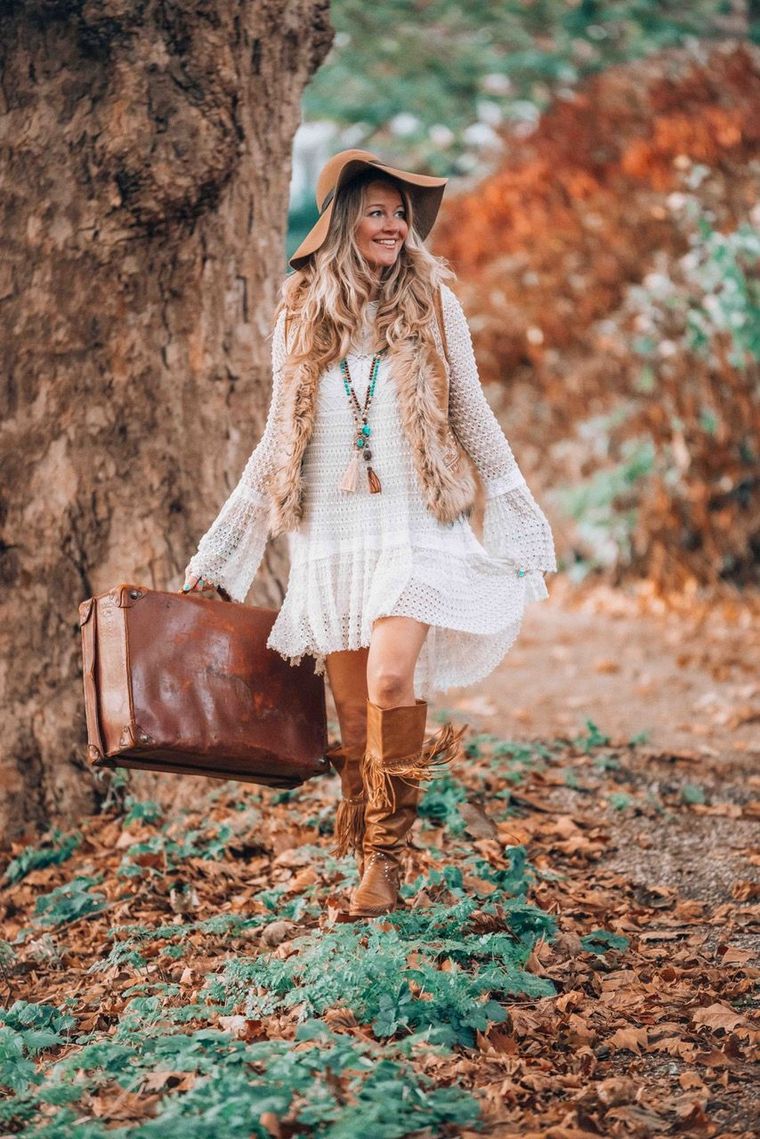 The Rainbow Gathering: an annual meeting of like-minded individuals. Among their ideas, we recognize the rejection of capitalism and materialism. They embrace utopian ideals, creative life, environmentalism and diversity. 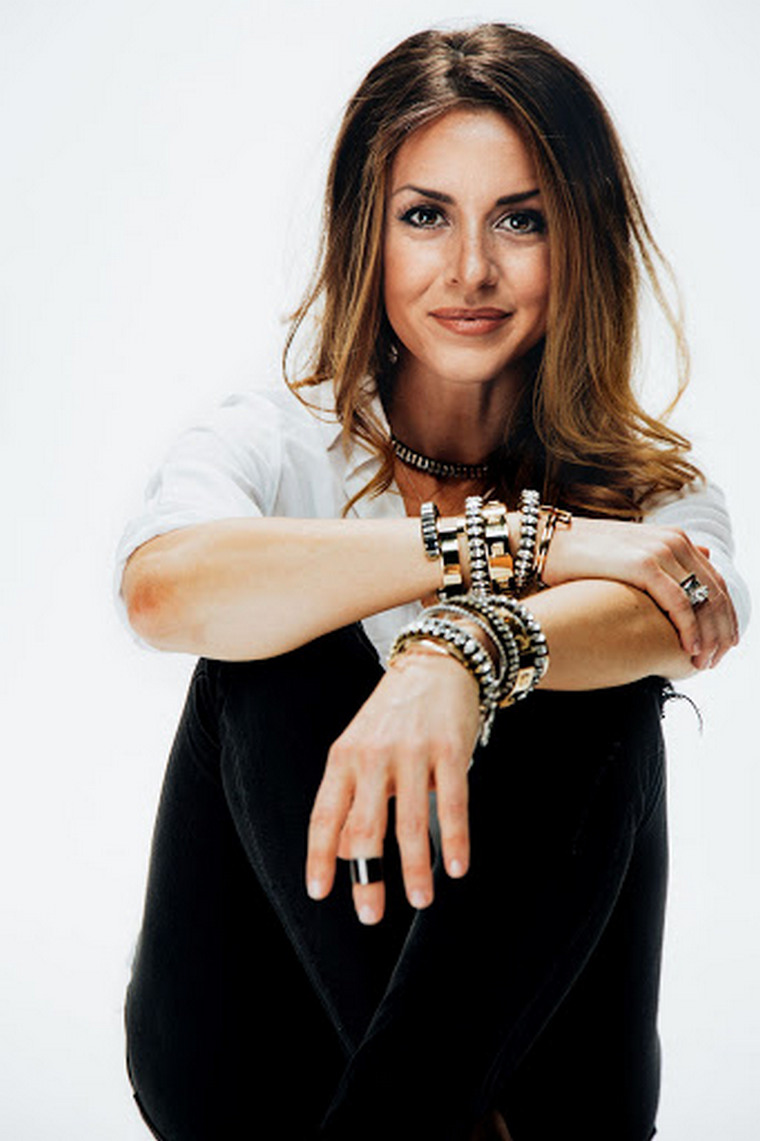 Hippie movement of the late 1960s: centered on the creativity of life. The hippie style included elements of historical costume and a rejection of ordinary life. 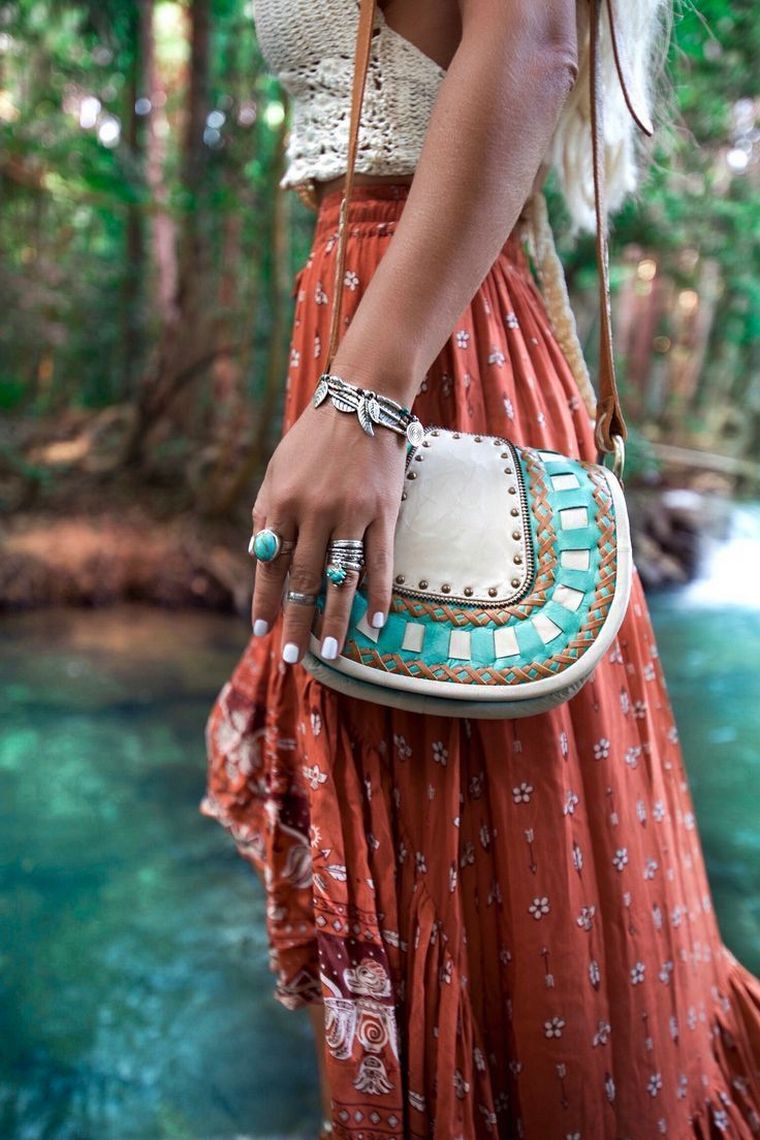 Greenwich Village in New York or The Village: a modern gathering place for poor artists and writers. A haven for the creative community as a distinctive minority group. 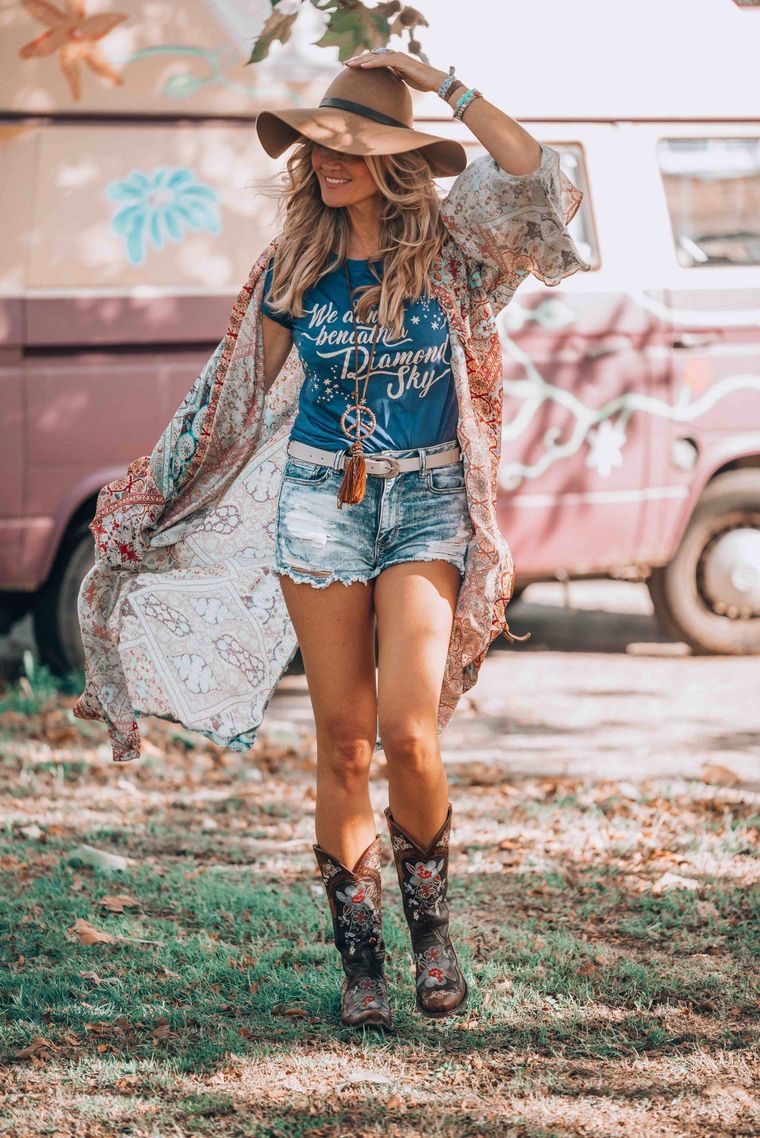 The left bank: at the beginning of the 20th century, the Montparnasse district of Paris, in France, was a center of creativity which attracted artists, writers and intellectuals. Here, people like Marc Chagall, Ernest Hemingway, Henri Matisse and others were able to live cheaply, meet in bistros and restaurants to share ideas. 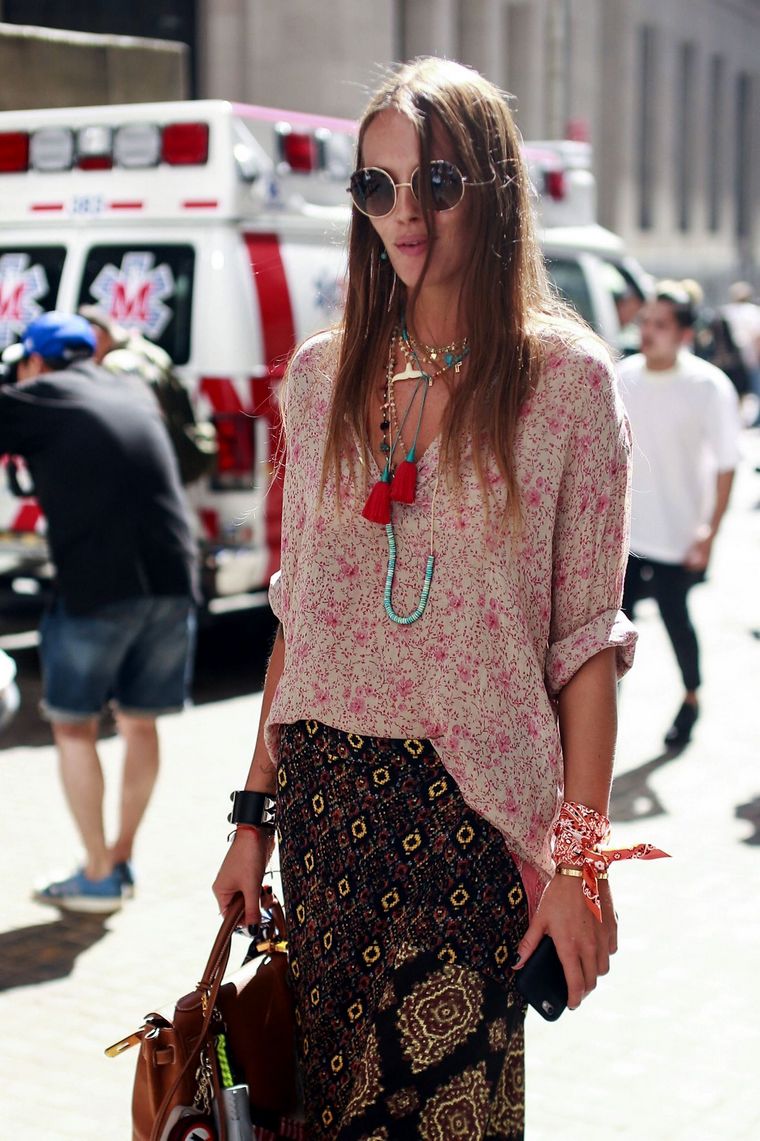 La Boheme and music rental: Music rental is based on the opera La Boheme by Puccini. The story revolves around a group of artists and their struggles against poverty and disease. 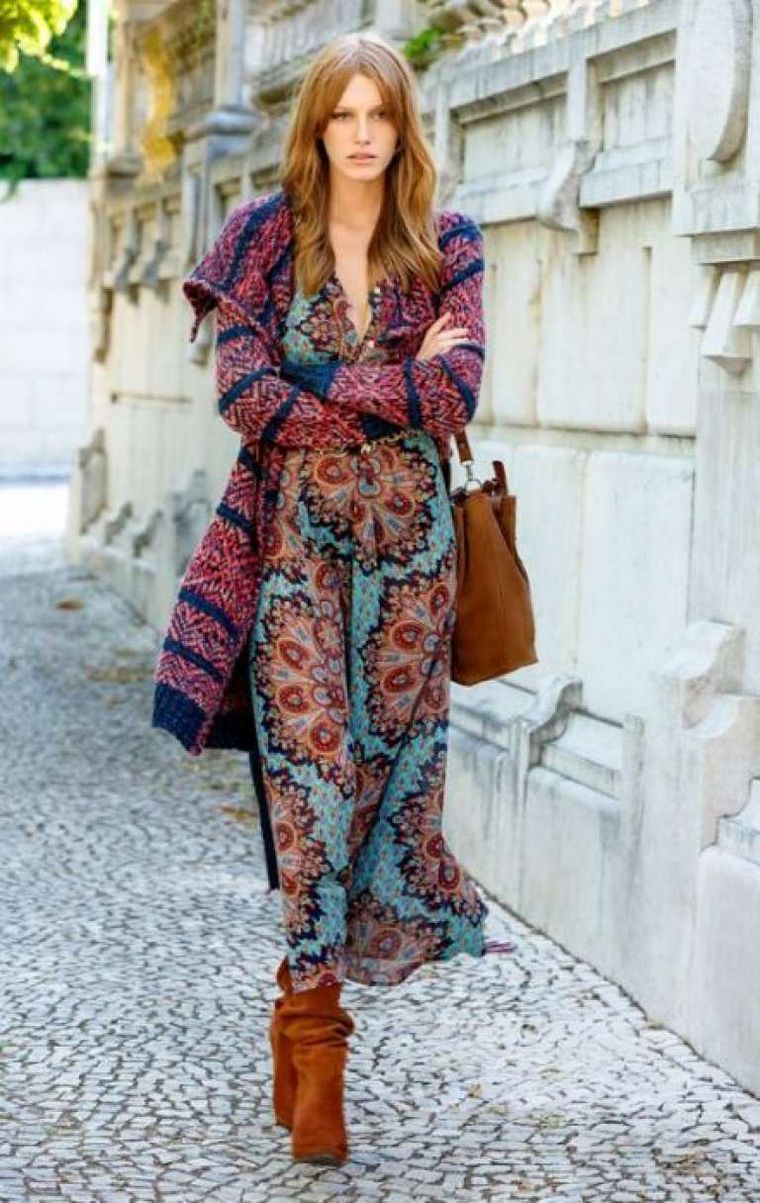 Paul Poiret: The fashion designer of the early 20th century used elements of peasant costumes from around the world in his creations. His introduction of the historic dress in haute couture ended up bleeding in traditional fashion. 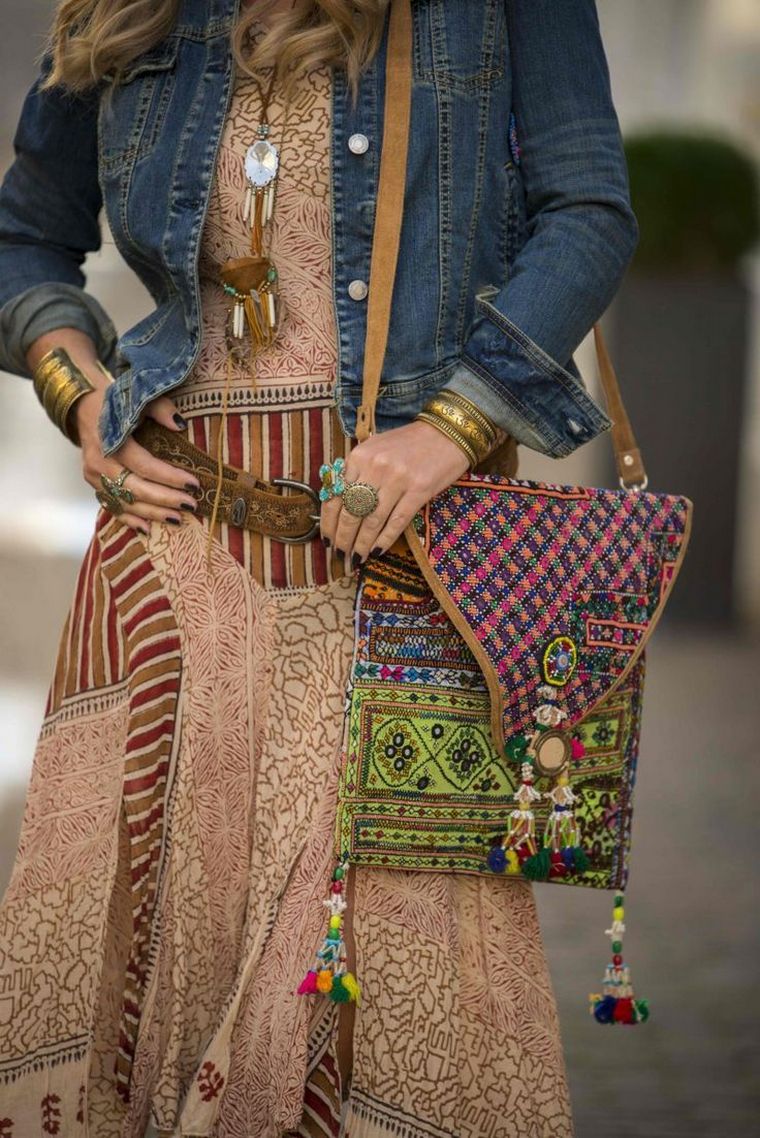